This week’s writers are Joyce Appleby and Steve Fox. Catch them at the Harwood Museum on Wednesday at 7pm. Tickets are $8 non-members/$6 members — more at www.somostaos.org.

An excerpt from Shores of Knowledge: New World Discoveries and the Scientific Imagination:

Chapter Six: The True Shape of the Earth

The shape of the earth, the origins of human societies, the relationship that animals and plants bore to one another, telling time at sea— even the presence of gravity—divided experts in the eighteenth century. Settling scientific disputes and visiting the still pristine spaces remaining on earth presented naturalists with a full agenda. As uncertainties yielded to proofs and experts imposed order on the world around them, contemporaries felt that they lived in an age of enlightenment. And their learned men did not fail them—a new voice sounded in Europe’s intellectual circles. It was lively, witty, and exuded confidence in the possibility of commanding all extant human knowledge.

A great many mysteries about natural phenomena remained to be solved in the eighteenth century, and confusion still reigned over the precise shape of the globe. It was so important that studying it had a word all its own—geodesy. Creating uncertainty about something as basic as the shape of the earth made the ground upon which Europeans stood no longer seem quite as solid as it had before the shape became a contested issue. A dozen unsettled questions swirled around the subject. Centuries earlier, Christopher Columbus had compared the earth to a pear except for the stem “where it is higher, or as if someone had a very round ball, and in one part of it a woman’s nipple would be put there. The nipple, he believed, was located in Venezuela, where he had compared the mouth of the Orinoco with the Garden of Eden.

Passionate personal, philosophical, and national rivalries heated up discussions about geodesy. In the 1730s the French Royal Academy decided to tackle the problem. A significant portion of its members—led by its distinguished Perpetual Secretary, Bernard le Bovier de Fontenelle—did not accept Newton’s theory of gravity, which indicated a certain shape. These savants were prepared to spend good money proving him wrong. It takes a horse to beat a horse, and they found one in the great seventeenth-century philosopher René Descartes, who had offered a rival explanation for what kept the planets from running into each other. With his notion of movement as coming from push-pull mechanics, he rejected the idea of his contemporary, Johannes Kepler, that there could be action through a void to keep the planets on course. Instead, he conjectured, invisible matter actually filled the space we perceive as being empty, so that the planets didn’t bump into the sun or each other because swirling around them were vortices of particles that deflected them into their own orbits.

Long dead when Newton put forth his theory about planetary movement at the end of the seventeenth century, Descartes would certainly not have liked the idea of gravitational attraction as a force in the universe. This was enough for Descartes’s followers to drag him into the uncertainty about the shape of the globe, even though he never commented on the subject. Eighteenth-century Cartesians asserted that the earth was an elongated sphere like a Japanese eggplant, a somewhat tamer version of Columbus’s pear. Newton maintained that the earth was more like a tomato—a spheroid flat at the poles, where gravity’s action would be greatest, and bulging at the equator. 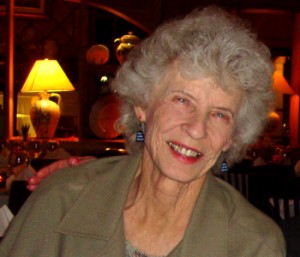 Joyce Appleby has long studied the impact of an expanding world market on people’s understanding of the world and their place in it. Her research on England, France, and America in the seventeenth and eighteenth centuries has focused on how economic developments changed people’s perceptions of politics, society, and human nature. Her work on the founding era in the United States has concentrated on Thomas Jefferson and his legacy.

The complex relationship of the American public with the country’s professional historians has long fascinated Appleby. She has served as president of the Organization of American Historians, the American Historical Association, and the Society for the History of the Early Republic. As co-founder of the History News Service, she initiated a program for facilitating historians’ writing op-ed essays for newspapers. Her opeds regularly appear in the Los Angeles Times.

After retirement, she published The Relentless Revolution; A History of Capitalism in 2010. She has now completed a work on how curiosity became a major component of the culture of the Modern West. Shores of Knowledge: New World Discoveries and the Scientific Imagination shows how European explorations ignited curiosity about nature and science.

An excerpt from Odyssey: Angels, Danger and Greece, 1969, forthcoming in March from Nighthawk Press:

If the cops see me I’m dead. This car has no speed. When I make it out of these narrow, twisty streets I’ll have to cross the edge of downtown. There’ll be more cops on the wider roads, and it’ll be easier to see me. How can I outrun anybody, in this forty-four horsepower VW bug against their souped-up Fiats and Mercedes? They know Athens way better than I do. They’re better drivers, too. I’ve already had one accident here in this thing. Driving in Greece is high-risk.

I was on a secret mission for my American friends Allan and Linda Wenger in June, 1969. Allan was one of the coolest guys I’d ever met, someone I’d do just about anything for. He was about 30, six years older than I, a bit shorter than my 5’11”, with long black sideburns, receding hair, a resonant baritone voice and hipster ankle boots. Linda was also about 30, a petite blond with long luxurious hair, china-blue eyes and a heartbreaker smile. I didn’t know when or whether I’d ever see them again. They had just fled Greece because of their involvement in a group resisting the country’s military dictators.

These dictators, known to everyone in Greece as “the Colonels,” a far-right military junta that had been in power for three years, fully embraced the eastern Mediterranean tradition of torturing their critics. Their preferred method was called falanga, from the Greek word meaning the clusters of finger or toe bones arrayed together. Torturers beat the bottom of the feet with iron pipes, which leaves no marks, but is particularly brutal and painful because it damages the clusters of nerve endings, small bones and tendons in the feet and cripples your ability to run, or even walk well, for months. 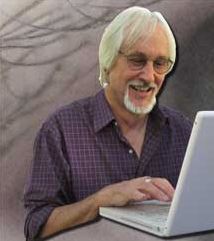 Steve Fox’s memoir covers the four tumultuous years when he was drafted for the Vietnam War after he dropped one course in grad school, and thanks to a string of “angels” he managed to switch services and get himself sent to serve in Athens, Greece, following a girlfriend there. He found that Greece was a police state at the time.

Fox has also lived in Germany and Mexico and teaches writing at UNM-Taos. He is the author of “Toxic Work: Women Workers at GTE-Lenkurt” and several chapters in anthologies of nonfiction about the American West and about American popular culture in Europe.