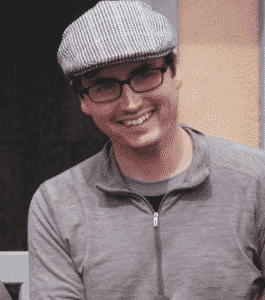 Ned Dougherty does not have a hidden agenda. As a person, as a writer, he seems to be more often revealing what is true than trying to pretend something else is there. He lays out words so that we can access something there all along, something flowing like a current underneath our everyday awareness. He’s a poet and a playwright, sure, but more like, he cuts through lies to find truth. It’s like he’s using words as diamonds.

We met briefly to talk about his work. I’d seen some of his poems, some of his recent work on I Took Up Running, a play he’s currently working on. But I hadn’t gotten a real sense of what makes him tick as a writer. I mean, why play with words at all?  So, I went back to his work, to see the words on the page. In order to learn something about his writing, I took up reading it. What I found was soulful and incisive.

Dougherty comes from many generations of a big Irish Catholic family in Philadelphia. He comes from a family of writers, including his Uncle Edward Dougherty, who wrote his nuclear family a poem and dedicated it to them long ago. Ned has been writing poetry since grade school. His first poem was for a girl, and then later on, he un-ironically penned suburban white kid raps in his free time. Over the years, of course, his writing topics and style matured, so that by the time he moved to Taos in 2007, he regarded himself as a serious writer. Since the 2007-2008 school year, he has worked as an educator in local private, charter, and public schools here in Taos. Many of the poems and plays he writes today could be seen as a scathing critique of public education in America today.

Maintaining a blog has been one way to shape and to store the fruits of Dougherty’s writing practice. When you visit the page, you find several poems and other writing experiments dating back to February 2012. One of my favorites is the poem Growing Up: 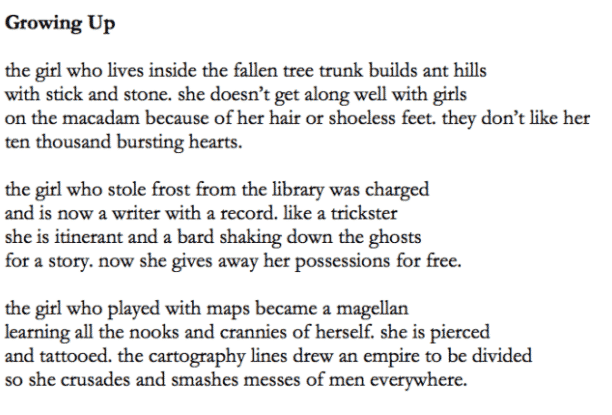 However, he has found that readership for the blog is limited, or else readers who do visit the site do not provide much feedback. Where the introvert needs the writing practice, the extrovert needs the feedback from the community; at this intersection comes the pleasant (well, if not always pleasant, then always useful) feedback loop involved in the process of playwriting—especially when work is given voice in a reading or full production. Since the 2016 production of Dougherty’s play Escape Plans at Metta Theatre, he has returned to the theme of American education with I Took Up Running.

In this new play, what he has created is a protagonist—a public school English teacher named Ms. Jones—who inherently contradicts herself, saying in Act II, “I’ve taken up running this year. I haven’t. But—…”  In this and other statements, Ms. Jones establishes herself as an unreliable narrator, one who propagates the public school agenda while undermining it at every turn. Dougherty admits, in writing this play, he is trying as an educator to make sense of what we are really achieving in public school these days. He notes that, while Ms. Jones is a protagonist trying to make meaning through relationships, nothing in public education is about that anymore—therefore, her methods of trying to connect with students come under scrutiny from the Principal, Mr. Foster. Dougherty is considering starting a blog in relation to the play, written in Ms. Jones’ voice and populated with stories “that Jones would write about if she actually did get to know her kids.”  The idea for the play—and the blog—stemmed from Dougherty’s real life experience of coming under scrutiny from his then-Principal in 2011 for writing poetry commenting on standardized tests.

The local community theater troupe, Teatro Serpiente, plans to produce I Took Up Running sometime over the next year. In the meantime, look for Dougherty’s work online, published, and in the upcoming 2017 Gorilla Theater Festival this May. His work deserves attention, as the topics he’s covering deserve serious dialogue in Taos.