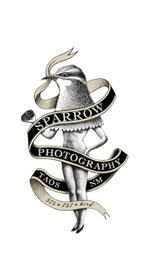 Years ago I lived a few houses down from an old horse stable that Taos artist Heather Sparrow was re-building into a photography studio. I used to show up dressed like a glow-in-the-dark alien superhero, towing an old trunk full of costumes up to her door unannounced and she would, without fail, give a “Hell yeah!” and pick up her camera for a wacky, impromptu photoshoot. (Let’s pray those pictures are all lost forever.) The point is, I’ve never known this woman to pass up an opportunity to create art — especially the improvisational, collaborative kind.

Her studio now bears no trace of the stable it once was. It’s a magical place full of ingenious makeshift sets, lanterns, antique furniture and retro pick-up trucks. A wardrobe that spans the spectrum from sultry noir to ’80’s neon fur, sex appeal both serious and silly. Her shelves are lined with the album packages she’s designed and photographed, including those for Tina and Her Pony, Gigantic Hawk, Melissa Crabtree, The Liz Painter Band, and promos for artists like Katy Palmier and Vanilla Pop.

I walk around and peer at the work Heather hangs on the walls. Images like dreams you have after falling asleep reading Pablo Neruda, or a tattered copy of Grimm’s tales. Evocative and raw. Mythical rock and roll figures, naked mothers-to-be, muses and maniacs, each photograph a story within itself. 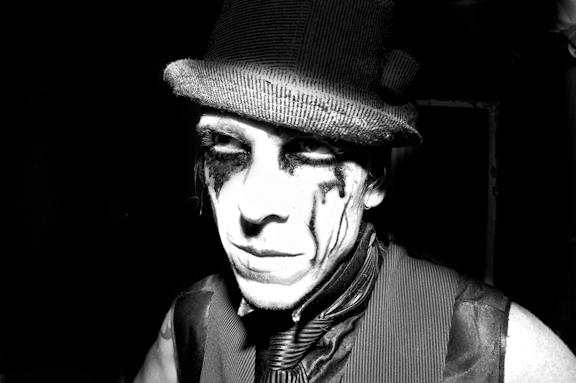 Q: It’s such an intimate thing, having your picture taken. Do you ever get camera shy from the other side?

“Of course, but that’s the fun of it. It’s like a dance,” she mimes holding up a camera and imitates a boxer’s shuffle, “You have to get right up in people’s faces and coax them out of themselves.”

“I do it all, but my focus has shifted. I’m interested in working with people who want to create fine art, people who are interested in the experience as a whole. Who really have something original to bring to the table.”

She recently founded Broad-way of Taos, where she gathers local female artists in Taos who have never previously met or worked together, and over the course of a few meetings where drinking, eating, and general merriment ensue, has them design a photoshoot from the ground up. Vision, wardrobe, set, everything.

She takes me to her computer and scrolls through Broad-way’s most recent project. Four beauties had painted themselves gold, carved a labyrinth, and held a ceremony in the setting sun. It looked like a council of Egyptian oracles, fairytale goddesses at once modern and Shakespearean, wearing bones, playing trumpets, carrying crystals and telling the future. 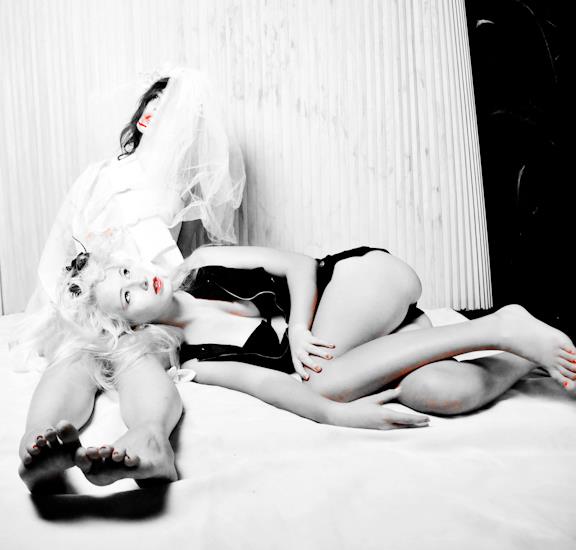 “It’s ritualistic theater. Bringing something new to life from your imagination. You never really know what’s going to happen. And ultimately, the Broad-way of Taos is a platform for local artists to find each other. To network and collaborate. It’s an untapped avenue. And it’s a lot of fun. There’s even a secret handshake!”

Heather invited me to be on the set of her shoot with Bubble Gun, a hard-hitting two person band with a “Desert-Rock-Sex-Alien-Car-Crash” feel made up of Wendy Shuey and Jeff Sebens.

Monica Tafoya, salon owner at Smoke and Mirrors, was the make-up artist on set, and with her ’50’s pin-up doll hair, polka dot shirt, high heels and fat gold watch, looked picture perfect herself. Heather was flitting about getting everything ready, offering refreshments, (water? Bushmills? snacks?) and I couldn’t help but be impressed. She balances extreme professionalism with extreme playfulness, always with this tireless enjoyment for the whole process. It was contagious.

I overheard Heather and Jeff planning, “First we’ll get the slick pretty, then the blood and the butterflies comes out, the big hair. Spaceships landing, the whole thing.”

The next four hours was a whirlwind. Glamour and horror, sex and suspense, vintage-futuristic. Musical instruments, sharp knives, fake blood and eyeliner. It was like an anime version of Rocky Horror Picture Show. 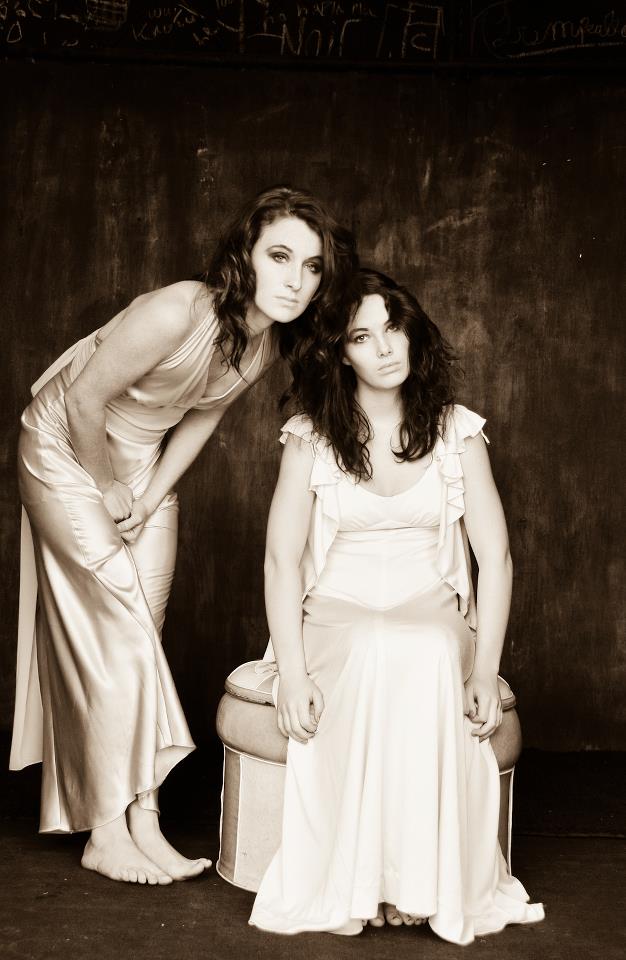 Like catching a magic carpet ride to Hollywood with a guitar, a murder weapon, and pants that make your ass look good. The images have yet to be released, so for now, you’ll have to use your imaginations.

I’m always curious to see how an artist makes a living with their art. I’ve discovered that it takes more than a little talent and a few good ideas — it takes follow-through. Heather Sparrow’s unrelenting mixture of ambition, experimentation, and enthusiasm is something to be admired. She’s a completely self-made woman who built her portfolio, studio, and career all while raising three kids. And as if that’s not enough, she wouldn’t let me come over for an interview without first having me work out with her in the living room until we were panting, sweaty, and pumped up. Because if all the world’s a stage, better show up looking good. Somebody might be taking pictures.

Interested in having a photo shoot? (Don’t show up to her house unannounced like I did all those years ago.)