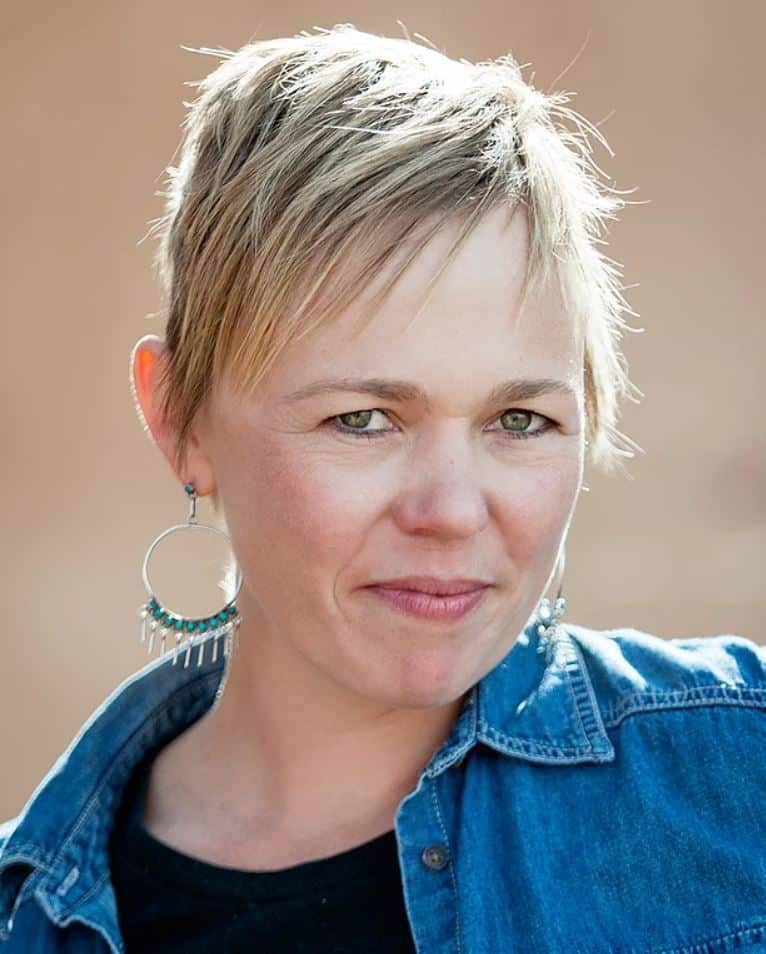 This September 14th and 15th, 2018 the PASEO project takes over the streets of Taos’ historic district. It’s the festival’s fifth anniversary and they are going big! With international artists and New Mexico’s own the PASEO 2018 will transform Kit Carson Park, Civic Plaza Drive and most definitely the insides of your brain into a fantastical landscape of light, color and sound.

In the weeks leading up to PASEO’s big weekend, Live Taos will be getting to know some of the artists that will be using Taos as their canvas. It’s a virtual tailgate, and you’re all invited!

This year for the first time the PASEO has invited a guest curator, Erin Elder, to bring her vision to the nooks and crannies of Civic Plaza Drive. I emailed Erin to see what she had in store for PASEO visitors. She curated a collection of installations called We Are All Space in Time. It features the works of four artists with custom made pieces just for the PASEO to acknowledge the complexities of coexistence. Below are Erin’s responses to my questions about her work on this year’s PASEO. 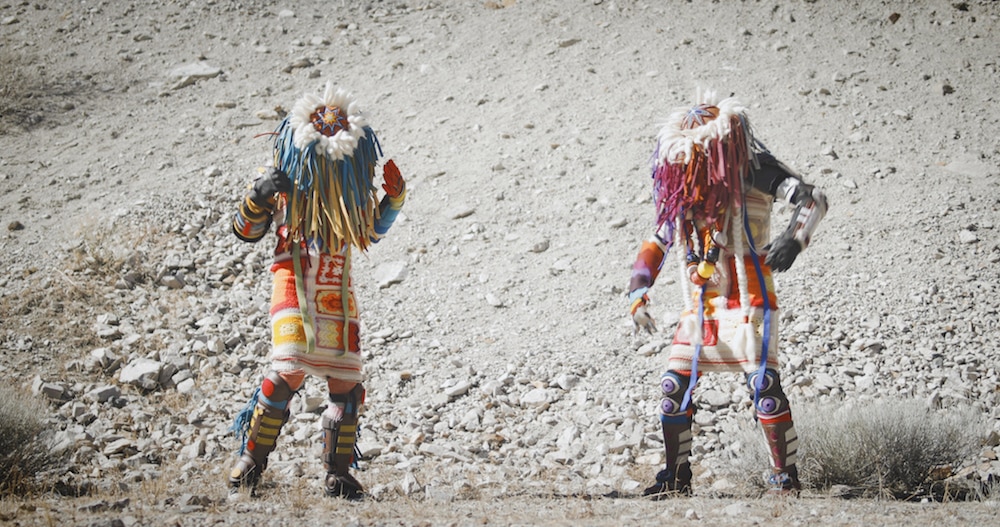 This is the first time the PASEO has had a guest curator bring installations to Taos. It’s an exciting addition to the festival. How did you find yourself working on the project?

I’ve been a fan of PASEO since the beginning and have been involved behind the scenes during a few of its iterations. I’ve often suggested local artists or served as an advisor. Two years ago, I did a public interview of Agnes Chavez and Matt Thomas as part of the festival launch. I was delighted when they invited me to participate as the inaugural guest curator this year. I love working with artists, I love Agnes and Matt, and I love Taos, so it was a good match.

What’s your background in the arts? What mediums do you enjoy working in most?

I am an artist and a curator. I’ve been working in the arts for over 15 years. I have a masters in Curatorial Practice from a fancy art school, but most of my career has been in non-traditional settings. I’ve organized field trips, bus tours, camping excursions, residency programs, and lots of temporary, experimental projects. I believe that artists can help bring people into meaningful experiences of places, therefore I do a lot of site-based commissions, working with artists to realize new projects. I love supporting artists’ visions which is why I also have a business called Gibbous that provides long-term, confidential support for committed artists.

Can you tell us about the artists you’ve gathered for your collection of works, We Are All Space in Time. How do they all fit together in the crafting of your vision?

This year is the first time the festival has incorporated a theme (this year’s theme being “space”). This is a meaningful theme for me as my work has often explored land use, ownership, and coexistence. I’m very concerned about the spaces we inhabit and how we might better share space on this planet. I decided that, during a night-time festival that’s full of wonderful spectacle, I wanted to acknowledge the land upon which the festival occurs. So there is a nod to the ancestral, Indigenous people who have and continue to live in Taos. I wanted to remind audiences not only of the land below them but also of the bodies they inhabit, so most of the work also has a very personal, physical experience to it. I wanted to explore the separations and/or connections between bodies and land. The physical world is so loaded, so precious, so finite.

We Are All Space in Time brings together four projects, three of which are produced by individuals, and one by an artist collective. The collective is called Winter Count and is a group of Indigenous artists who make work about extraction and Native sovereignty. I think their visual language is powerful and their message potent. They made a piece in and about the nearby Questa superfund site; I won’t give the whole thing away but it basically invites the audience to heal the land by “singing.”

Sarah Ashkin will do a durational performance in which she plays the part of a white real estate developer. She performs various acts of measuring, marking, occupying, and selling property in a really provocative way. Her dance works aim to dismantle white supremacy, and I love her for doing that.

Anaïs Duplan is working with Las Pistoleras, a local theater troupe, to produce a performance that mixes together live-sourced internet content, local radio, and interpretive prompts to illustrate ways that people of color inhabit their bodies, especially while being photographed, surveilled or watched. This project is particularly exciting to me because Anaïs is creating a brave, open, responsive platform for the performers and audiences to express sometimes difficult aspects about what it means to authentically be themselves.

Also brave, is the artist Christine Howard Sandoval who will be walking local acequias that have been covered over or threatened by development in Taos. The audience will experience her work remotely by live-feed; a body cam will transmit video of her progression along a local acequia as she crosses boundaries and passes through different kinds of private and public space. I think Christine’s project beautifully interfaces with local history and land, using her own physical being as a way to connect.

I’m really thrilled with how these projects came together, especially because they are all new, all custom-made for this festival. It’ll be so wonderful to have all the artists together in person too! I love that PASEO brings people together — not just artworks!

Is this your first time in Taos? What are you most excited about seeing while you’re here for the PASEO?

No. I’ve lived in New Mexico for the better part of 17 years. I actually lived in Taos from 2010-2012. I ran an off-the-grid residency program called PLAND with my sister Nina and our friend, Nancy Zastudil. It was located out on the mesa, near Tres Piedras, from 2009-2014. It was an amazing project that just got too big for us to continue. We ran into liability issues and sold the land to a friend. I love coming to Taos but always feel a little heartache over the ending of PLAND.

I’m most excited to reconnect with Taos, and especially to see those mountains, to smell the September air. I love having a prolonged experience of Taos over several days, the crisp mornings and clear nights. I love the feeling of expansive possibility that is inherent in the land. It was during my time in Taos that I really learned to love love love the seasons. I learned a lot about openness and vulnerability while living in Taos. The land can teach us so much! I wonder what I’ll learn from this new experience of participating in the festival.

Is there anything else you’d like us to know?

Come to the festival! Say hello! And thanks for supporting artists. 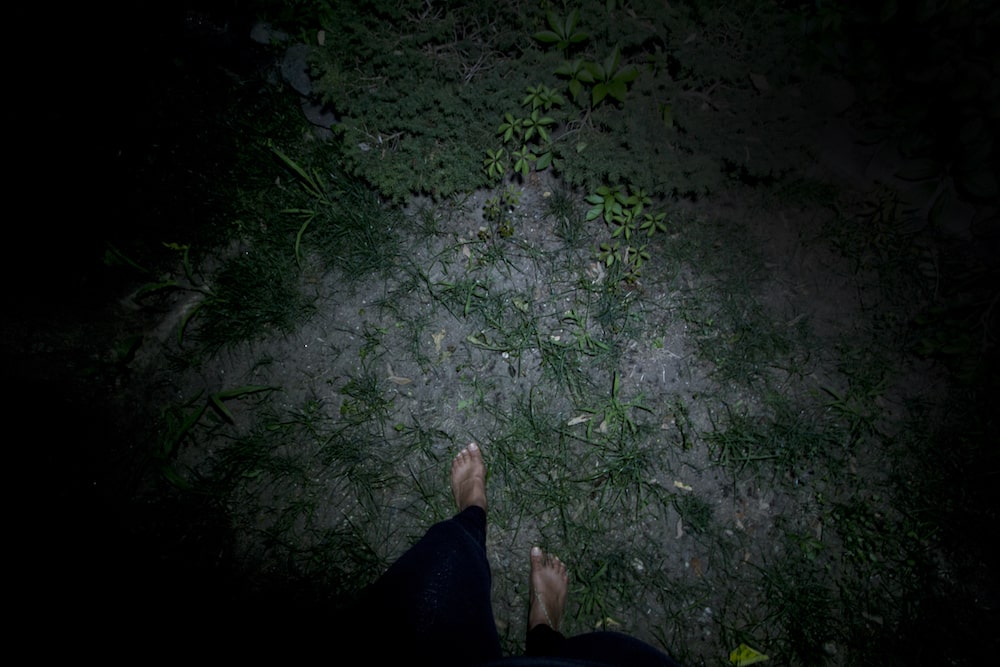 To Learn more about Erin and her work Visit her website.

Keep your eyes peeled for more PAseo 2018 artist profiles in the coming weeks leading up to the festival. For More Information about the festival, Participating ARtists or to volunteer visit https://paseoproject.org/