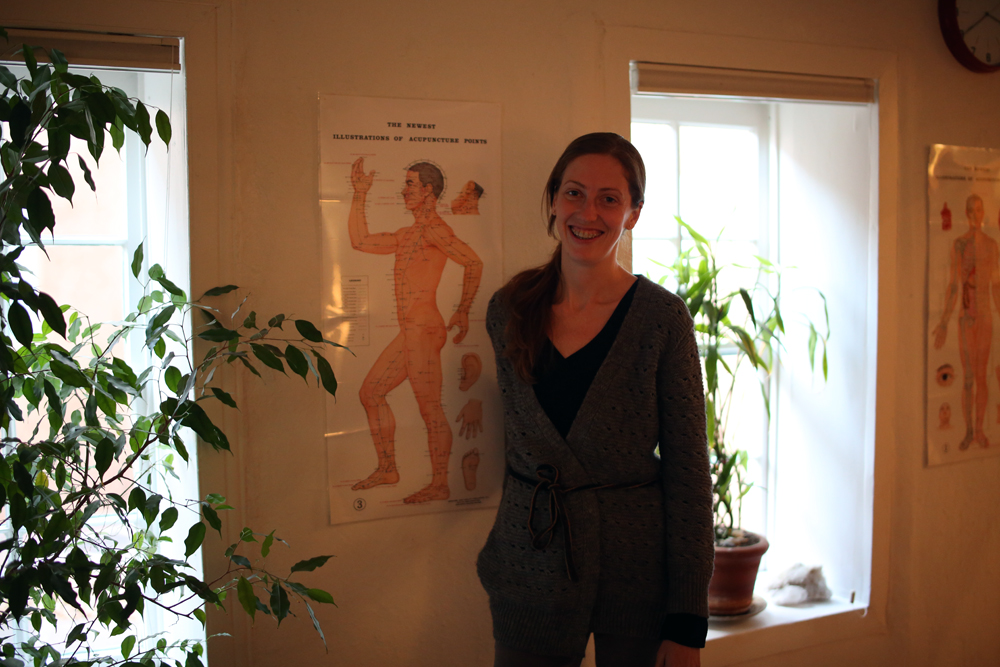 I’ve been going to acupuncture for nearly fourteen years, for a variety of reasons — sometimes for specific health complaints, but more often what I like to think of as “general maintenance” — and I’ve been in all kinds of practices all over the country. So the first time I walked into Hannah Becker’s Community Acupuncture Taos last year, I was surprised to learn that I’ve been doing it all wrong all these years.

Instead of the usual single-bed-in-a-private-room scenario I’m accustomed to, Hannah’s practice is an open space, set up with about a half dozen of those gravity-defying chairs that the fanciest campers you know travel with, as well as two padded tables for folks who prefer to lie down. The light is warm and the music soft, and usually there are already one or two other people in there, resting quietly, all set up with blankets and pillows, needles bristling from arms, legs, face, and head. 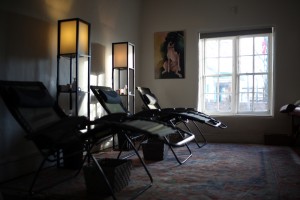 “Acupuncture is a therapy and a process,” Hannah explains, soft-spoken and straightforward in the way you wish all your healthcare practitioners would be, “and so in order for it to be successful, you have to get a series of treatments. If you make it sliding scale and affordable, then people can come as many times as they need to to actually get better. And it is an amazing therapy that really works, so to have that available in the way that it’s meant to be used is really important. This is how it’s used in China.” 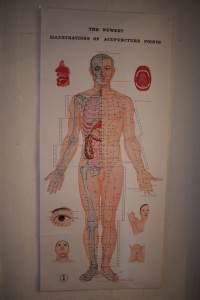 So rather than entering a private room with your practitioner for an hour-long personal treatment, the community acupuncture model is as follows: you take a seat in a chair (or lie on a table) alongside someone else, or several someone elses, and wait for Hannah to pull up her little wheeled stool for a quick chat. She’ll then put in the needles (just accessing points on the head, face, chest, arms, and legs below the knee), and leave you to sit for as long as you need (typically between 25 – 45 minutes).

There’s plenty of standard, recognizable acupuncture going on here (she’ll take your pulses and check your tongue and all that jazz); it’s just stripped down from the hospital-robe-privacy we’ve come to expect from Western acupuncture, and brought back to the community setting it came from. I could see this not being an ideal situation for some people, but it all makes an incredible amount of sense to me, and the treatments are every bit as effective as their fancier, longer, and more-expensive cousins.

“Acupuncture came to this country and became this spa thing for the rich,” Hannah tells me, “and it’s not worth it. It’s a great therapy for everybody, and that’s what the intention of [Community Acupuncture] is.”

I asked her how the arrival of her style of practice has been sitting with the numerous other (very talented, and much more well-established) acupuncturists in Taos.

“I was worried about [fitting in] when I got here,” she admits, explaining that she was concerned she’d be seen as undercutting the market, “but I’m doing something so different, and they see that, and they don’t see me as competition. I have other acupuncturists that see me as patients, and other natural practitioners that are very excited that I’m here to complement the treatments that they’re doing. I have acupuncturists that are even referring their patients to me, if they have people who can’t afford their treatments. And I refer some patients to other people, because I don’t take insurance. Or some people who don’t like the community setting – which isn’t very many,” she laughs, with more than a hint of confidence in the efficacy and appeal of her model, “but there are a few! And that’s fine.”

Personally, I’m sold. It’s sliding scale $20 – $40, so you can get 5 acupuncture treatments for what just one might cost at a different practice. It’s also a shorter treatment — Hannah once referred to my 25-minute resting period after the needles went in as an “acu-nap” — so it’s easy to fit in on a lunch break or Saturday morning. When I discovered the practice last year I was dealing with a somewhat-chronic complaint; I went to see Hannah at least 4 days a week for three weeks in a row, and I felt amazing afterwards.

And I’m not the only Taoseño drinking the punch. Hannah says CAT has been very well received in the community, and word-of-mouth referrals have kept things lively. “The people [in Taos] are the best thing about it here, for me,” says Hannah. “The patients that come in are so cool, so nice, and so smart. And a new person will come and know everyone who’s sitting here. That’s another part of it – offering affordable healthcare, but also building community.”

This is a good time of year to get familiar with Community Acupuncture Taos, because they can treat all kinds of seasonal complaints for which you might not ordinarily consider acupuncture. Cold, flu (go visit them right when it starts!), congestion, even seasonal depression. And don’t forget those ski injuries! Get down to CAT right after you tweak your ankle on the slopes and they’ll fix you right up. 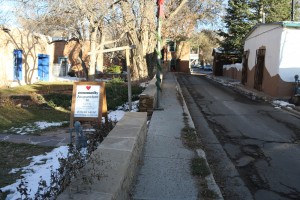 Noriko Wilson, DOM, has also recently begun practicing at Community Acupuncture Taos, which I hope is a great sign that this model is here to stay in Taos. You can find Community Acupuncture Taos at 133 Bent Street, right across from Ennui Gallery. Poke around the website to learn more and schedule your appointment (they do take walk-ins, but I hear it’s getting more popular, so I wouldn’t take the chance!).