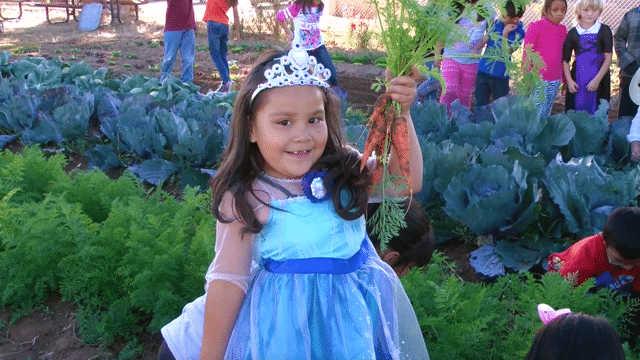 “If children are given the opportunity to eat real food, grow real food and learn to take care of the earth and water, they begin to understand that they can make a difference,” says Micah Roseberry, owner of the Farmhouse Café and founder/director of the “Farm to School” organic school lunch and garden project.

Anyone who knows Micah, or “Farmer Micah” as she is sometimes called, would agree that she is on a mission to bring local, organic food and food education to the Taos region. The woman and the mission are the topic of a new work by local filmmaker Jody McNicholas (Longshotsville). Rooted in LOVE was selected for the 11th annual Taos Shortz Film Festival and will screen on Friday, March 9 at 1 p.m. and Saturday, March 10 at 7 p.m.

This short documentary is shot as a “day in the life” of a local farmer who strives to provide Taos youth with agri-culture and access to local, organic food. From making kale chips with UNM Kid’s campus to harvesting carrots with Enos Garcia Elementary students and delivering organic lunches to Taos International Charter School, we come away from the film feeling the impact of what Micah is doing for the community. 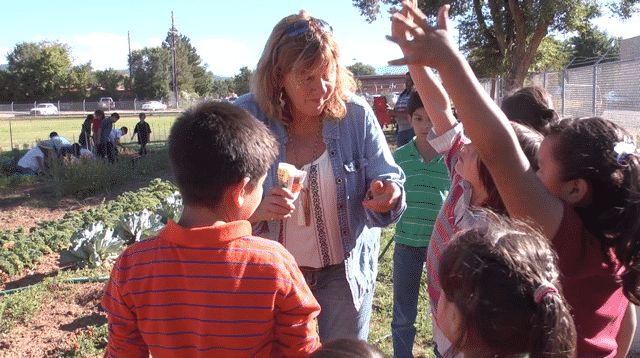 Cinematically, critics agree that McNicholas excelled with this film, as she did in Longshotsville.  An excerpt from the Oaxaca Film Festival Review reads that Rooted in LOVE, “takes full advantage of the beautiful vistas of Taos … as [McNicholas] captures images such as the Sangre Cristo Mountains bathed in magic-hour sunlight. The colors pop-up, noting that this is an up-beat and optimistic story, yet Micah’s own commitment still denotes that her mission is of supreme importance.” 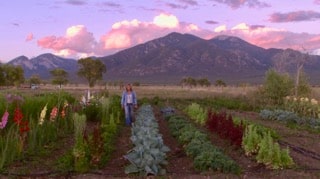 At the same time, Rooted in LOVE drives home the bigger picture, and in a way that is as subtle as the Taos sunset. Food issues in Taos are not just about Taos; they are global. Investing in local, sustainable agriculture is critical to the well-being (physically and economically) of everyone. This short film gives us hope that we can also be part of the solution.

“It’s an honor to highlight the goodness in the world through sharing the life and passions of ‘Farmer Micah’ in Rooted in LOVE,” says McNicholas, who has created films in Taos through her own Walk-In Productions since 2004.  “My hope is that others will feel inspired to duplicate what she is doing in their own communities.”

Rooted in LOVE hit the stage last year with a world premiere at the “Farm Film Festival 2017” in Favara, Italy. Since then it has traveled to the Awareness Film Festival in Los Angeles, the Food and Farm Film Fest in San Francisco and the Gallup Film Festival here in New Mexico. Now it makes its way back to Taos where it is already receiving a warm, hometown welcome.