LISTEN TO TONAL RANGER RADIO EVERY FRIDAY (MOSTLY) FROM 4:20 P.M. TO 5 P.M., MST, ON KNCE 93.5 FM, TO HEAR SONGS FROM THE ALBUMS REVIEWED IN THIS SPACE, AND SO MUCH MORE INTERESTING NEW MUSIC (AND SOME OLD FAVORITES).

Editor’s Note: In the latest format twist of the Tonal Ranger story, I will attempt to actually write this column 4 times a year, or as they say in the literary world, quarterly (even this first attempt at that is, I realize, late). Gone, for now, are the grades and the tedious attempts to “dance about architecture” in 500 words or less. In this new iteration of the Tonal Ranger, I will simply attempt to let you know a little bit about the albums from the past three months (ish) that I’ve been connecting with, enjoying or otherwise just jamming out to. 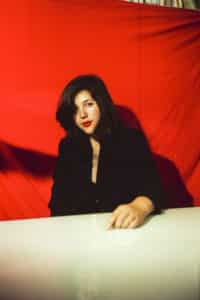 Historian, by Lucy Dacus (Matador) — Dacus’ gorgeous, and sometimes raucous, collection of songs with all the prerequisite yearning, relief, and wisdom felt/earned at the end of a relationship. She sets the tone on the album’s expansive opener, Night Shift, with this line: “In five years I hope the songs feel like covers/ dedicated to new lovers.” You can read more about my adoration of that song further on in the column, along with my ultimate-favorite Dacus track right now, Yours and Mine. In fact, I could have easily filled that section of the column with songs from this album, including the excellently crafted Next of Kin, and the album’s penultimate number, Pillar of Truth, which smolders, burns, smolders some more and then turns red hot before leaving the atmosphere and drifting back to earth. It’s a song that’s more about a feeling than any brilliant lyrics (though there are lyrics, and they are good). With Dacus’s relentless eye for detail, this album could have been titled Documentarian, but history will note that it’s one of the best albums of 2018.

Rare Birds, by Jonathan Wilson (Bella Union) — As a producer, Wilson is famous for siphoning  Joshua Tillman through a thick haze of Laurel Canyon fog that turns J. Tillman into Father John Misty. Every now and then, Wilson puts out a collection of his own music, and there’s a similar bit of L.A. nostalgia, though Wilson doesn’t feel the need to stay in character like Tillman, which helps make Rare Birds an exciting and dynamic album that toggles between psychedelia, folk and indie with recklessly refined aplomb. 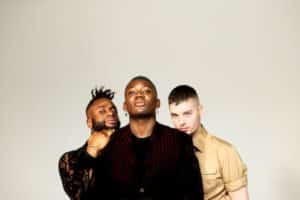 Blood, by Rhye (Loma Vista Recordings) — Canadian R&B, as sung and recorded from Los Angeles. Ya, that’ll work! I mean, it does actually … I know, I’m kind of surprised too, but Mike Milosh and company have done it again with their followup to 2013’s Woman.

There’s a Riot Going On, by Yo La Tengo (Matador) —The always-reliable kings and queen of indie rock put out another finely crafted and sonically interesting collection of songs. There may be a riot going on, but if it’s to be found on this album, it’s in the subversively mellow underpinnings of the music here.

Black Panther: The Album – Music from and Inspired By, by Various Artists (Interscope Records) — To me, the best soundtracks are the ones that have some serious consistency to them, and Kendrick Lamar, as curator, provides that consistency. The record features some of his own tracks, plus contributions from all-stars like SZA, The Weeknd, Anderson.Paak and Vince Staples.

Cocoa Sugar, by Young Fathers (Ninja Tune) — With their hybrid of rap, indie, rock and hip-hop, Young Fathers lend some edginess to a world music scene that is often lacking in such vibrato. Now, I’m not exactly sure what that edginess is all about, but I can say that I definitely find it enjoyable.

The Thread That Keeps Us, by Calexico (ANTI-) — Notwithstanding that the first 12 seconds of this album (End of the World With You) sound like a long-lost U2 riff, the rest of the album is purely Calexico, seemingly taking bits and pieces of the band’s previous eight releases. Tensions are high along the borderlands that Calexico inhabits and this is reflected in the band’s music in a way more pronounced way than any album since 2006 Garden Ruin.

Don’t Talk About It, by Ruby Boots (Bloodshot Records) — Outside of Jason Isbell, the best alternative country, or Americana, or whatever, these days is being made by women (a trend that carries across genres actually), and Australian Boots throws her hat into the ring with her Bloodshot Records debut (and second long-player). In fact, like one of her most notable American counterparts, Lydia Loveless, Boots’ Don’t Talk About It doesn’t sound very country at all as it draws more from 80s alternative and 90s indie rock. Another fallacy of music classification? Na, let’s don’t talk about that. 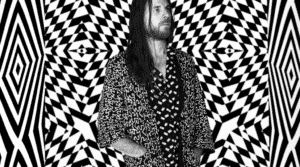 Over the Midnight, by Jonathan Wilson — A more than 8-minute rolling mid-tempo sonic soundscape that isn’t created by The War On Drugs or Wilco? Wilson dares to ask, “what would Jackson Browne do if he were 27 in 2018?” And the results are, perhaps predictably, earnest, soulful and very well produced.

Me and Michael, by MGMT — In the spirit of Simon and Garfunkel’s Me and Julio Down by the Schoolyard, and well, Paul Simon’s You Can Call Me Al, MGMT puts a new spin on the buddy narrative song (it’s a thing, trust me, don’t look it up). It’s decidedly less jaunty than those earlier tunes, and a whole lot more obtuse in the lyrics department, but hey, I said it was “in the spirit,” right? It’s a good tune, trust me on that too.

Night Shift, by Lucy Dacus — “I feel no need to forgive, but I might as well,” Dacus opines on the album opener, which begins our rope-ladder journey through the stages of grief. Dacus may be in a forgiving mood, but she also lands a few daggers in this song about a post-breakup meeting, including this one: “You don’t deserve what you don’t respect.” While the lyrics are solid, it’s the song’s verse/chorus/verse/chorus/power refrain that takes this one up a notch.

All the Stars, by Kendrick Lamar (with SZA) — I may be dating myself here, but the last time I enjoyed a song off the soundtrack of a major motion picture might have been when Bobby Brown contributed “On Our Own” to the Ghostbusters II soundtrack. I love Kendrick and SZA both, and any time they collaborate, all the better. This song is just about perfect. It’s got a serious hook, crossover appeal and artistic credibility.

Slowly, by Son Lux — “Slowly, lie to me like you do, when you tell the truth” … a great line in a soul song, even better in a weird, experimental soul song with stop/start pulses and an amazing melody.

Binge, by BOYO — There’s nothing groundbreaking in the brand of ‘90s-influenced indie rock that BOYO dishes out, but they do it well, and Binge, off Me, Again, is the finest example of the band’s Sebadoh/Pavement/Sonic Youth mashup.

Great albums I missed from the previous quarter: 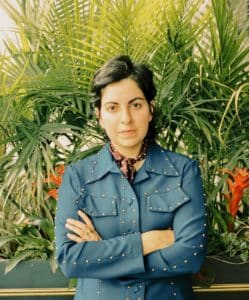 Good Woman, by Becca Mancari (Gold Tooth Records / Tone Tree Music) — It seems that the songwriters I relate to most in this day and age are young women. I don’t know what that says about me, but I do know that I really love this album, as Mancari is able to breathe new life into the well-worn country music trope of heartache. She does it with dignity, grace and some damn beautiful songs.

Burning, by The War on Drugs, from the 2014 album, Lost in the Dream — A testament to the staying power of The War on Drugs, and to the notion that sometimes a song will find you when you need it most, perhaps even when you need to “Cross the bridge to redefine your pain.” Adam Granduciel knows that “the answer’s in your heart” all along.

Listen to the TRQR playlist on Spotify: