The Tonal Ranger continues countdown of albums that left the greatest impression in 2016.

Listen to Tonal Ranger Radio almost every Wednesday, from 1 to 4 p.m. MST, on KNCE 93.5 FM, to hear songs from the albums reviewed in this space, and so much more new and interesting music.

In the second part of our countdown of the Top 50 (check out Part I) albums of 2016, we land on some of the more folky and Americana-based albums included, but we also deal with a smattering of punk greatness, sardonic garage rock, moody indie, and yes, synth-pop. The third and final installment of the countdown will appear at livetaos.com on January 11. 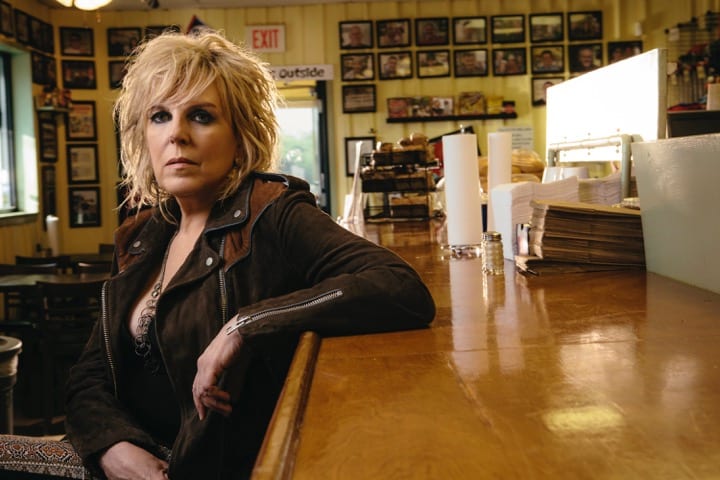 Williams has now released as many albums in the past decade as she did during her first 20 years as a recording songwriter. During a two-year timespan that featured an August 2015 appearance at Taos Mesa Brewing, Williams has released “Down Where the Spirit Meets the Bone” and “The Ghosts of Highway 20.” The most recent of the two albums exhibits the Flannery O’Connor meets Hank Williams style of literate country songwriting that has made Lucinda Williams the legendary artist that she is, and it’s great to see this surge of creative energy as she is nearing four decades in the business.

Take off your shirt and stay awhile, it’s time to dig into the 17th solo album from legendary rock performer Iggy Pop. A collaborative effort with Queens of the Stone Age frontman Josh Homme. The album is angry, raunchy, sarcastic and pure Iggy Pop. At 69-years-old, the perennially bare-chested Pop has said this could be his last album. Hopefully that’s not true, but if it is, it’s a fine swan song.

Over the past 15 years, few bands have been as underrated as Okkervil River, the indie rockers with a heart of emo led by Will Sheff. Since the band’s last outing, 2013’s The Silver Gymnasium, several band members left and Sheff’s grandfather passed away. While Away still employs the Okkervil River moniker, one could argue this album is Sheff’s solo debut, with a new band and musical direction. Sonically, it bears some resemblance to Van Morrison’s classic Astral Weeks, and while few albums are as amazing as that one, there are some good songs here and it should be interesting to see where Sheff takes the band in the future.

The only album on my year-end list that is nominated for for a Grammy in the Album of the Year category, A Sailor’s Guide to Earth keeps the momentum going for Simpson, following Metamodern Sounds in Country Music, his 2014 breakthrough release. Fans of that album might miss some of the more classic country elements in Simpson’s sound, but there’s no doubt that his more soulful and pop leanings will hit a wider audience going forward.

At 22-years-old, Greta Kline (aka Frankie Cosmos) writes great pop-rock songs and a whole bunch of them as well; under the monikers of Ingrid Superstar and Frankie Cosmos, she released more than 40 albums worth of home-recorded music through her BandCamp page. Cosmos’ hit-and-run songwriting confections offer slice-of-life observations while musically borrowing from ’60s garage rock, early aughts anti-folk and ’90s lo-fi. Her pop-rock in miniature packs in enough visceral images to make even the shortest songs seem like a journey. 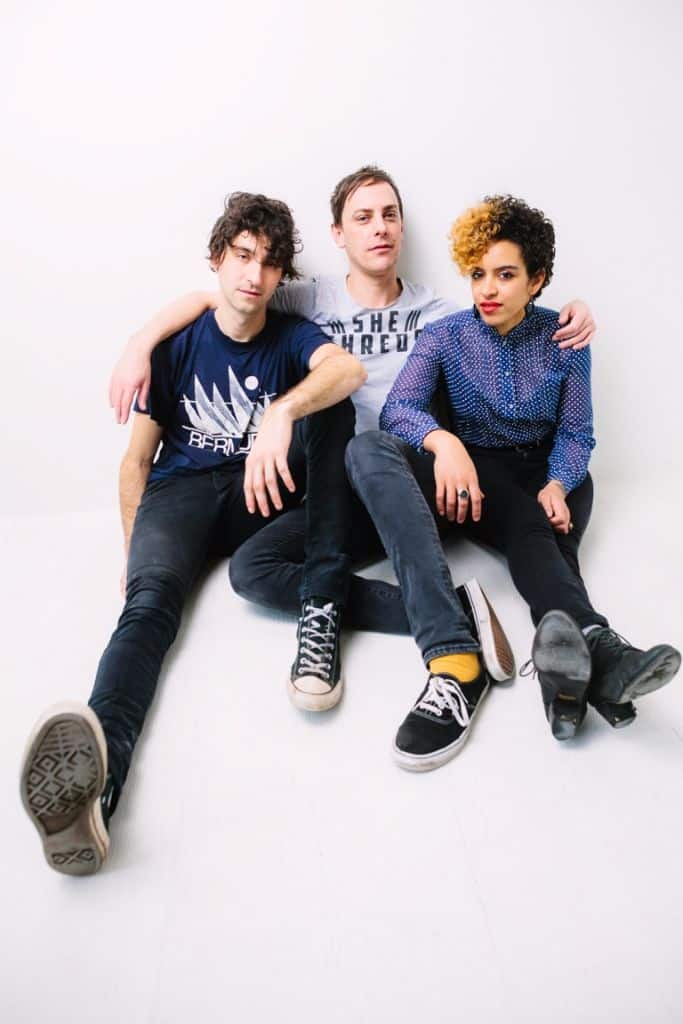 It’s amazing in this day and age that radio still matters, but it does! I would never have known about We Disappear had I not been listening to the amazing Colorado Public Radio station, Open Air, on a trip to Denver last spring. “My Heart Went Cold” is one of those songs that sounds great in the car, and when I dug further, I found the rest of the album was pretty good too. The Portland band dabbles in that high-energy, high emotion form of lo-fi punk rock that is as infectious as it is cathartic. 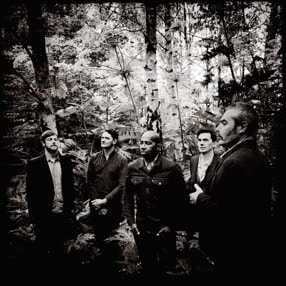 The 10th album from veteran English indie rockers, Stuart Staples and company return with another set of somber baroque pop, gorgeous and melancholic, and always stretching out for some unknown height before falling back to earth. Sometimes there is a silver lining, but often Tindersticks wallows in the darkness. The incorporation of horn arrangements by Julian Siegel keeps things from descending too far into the abyss, while The Waiting Room remains highly cinematic, rewarding and beautiful.

West Texas teenage fiddle prodigy turned Nashville singer/songwriter royalty (the queen to husband Jason Isbell), Shires straddles the line between traditional and eclectic as well as anyone. She creates literal worlds with musical scores that sound like a collaboration between Bob Wills and Tom Waits. My Piece of Land was written and recorded while Shires was pregnant with her and Isbell’s first child. The album stakes claim to their life together as a family and to her role as a literate songwriter with broad range of musical influences. 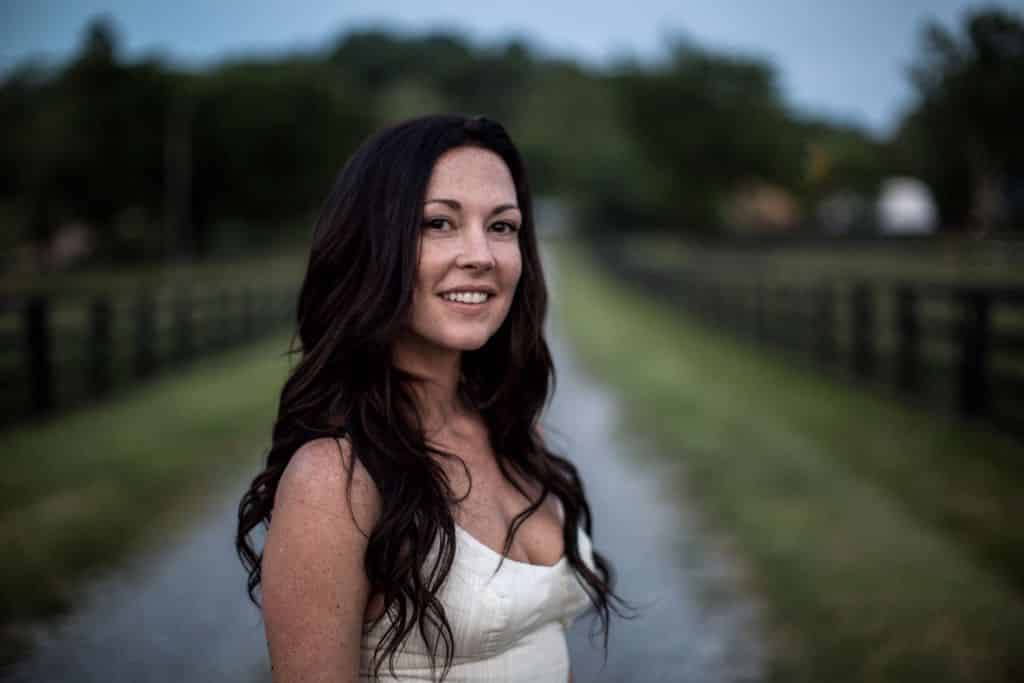 Only O’Donovan’s second solo album, it seems like she has been doing this forever after a decade as lead singer with Crooked Still. You might find In the Magic Hour in the bluegrass section at your local record store, but O’Donovan creates intimate American music without label or pretense. Sparse arrangements bring her beautiful voice to the fore where it belongs and her songwriting does the rest.

London-based trio—Elena Tonra (vocals, guitar), Igor Haefeli (guitar) and Remi Aguilella (drums)—Daughter recorded their sophomore album in Brooklyn, a setting perhaps too hip for the band’s brand of moody dream-pop. Like contemporaries Beach House and Wye Oak, Daughter have a way of making heartbreak sound sexy, as Tonra bares her soul on each track.

The second full-length album from Albuquerque-based Lindy Vision finds the Cuylear sisters — Dorothy (vocals, lyrics, synth), Natasha (guitars, backup vocals) and Carla (drums, electronic beats, synth) — exhibiting the songwriting chops and musical know-how that could take the group’s music far beyond its home state. The bio materials state that the sisters were raised on a steady diet of Motown hits, but it’s clear that somewhere in their musical education they fell in love with the disjointed post-punk and new wave of the 1980s. Lindy Vision is great at balancing it all with some high-energy music that makes you want to get revenge on the world while dancing the night away.

One of the best songwriters in the world has started a jam band folks. When Todd Snider formed Hard Working Americans in 2013 and released an album full of covers, some might’ve worried that Snider’s well had gone dry. But Rest in Chaos proves that Snider can have his Casal (as in HWA guitarist Neal Casal) and pen some edicts too. Songs like “Opening Statement,” a heartfelt ballad; “It Runs Together,” a doomed love epic; and “Ascending Into Madness,” a treatise on death and creativity; all serve notice that you can be psychedelic as well as lyrically sound.

The final installment in a three-album trilogy that deals with a character who has to disappear from society in order to discover its truths? It sounds heavy, right? But I tell you what, forget all that if you want to. The songs on this album stand on their own, and are as rollicking and beautiful as any heard this year. Jurado stands with heavyweights like Bill Callahan, Cass McCombs and Lambchop’s Kurt Wagner when it comes to pairing evocative lyrics gorgeous music and melodies.

Tween is the missing trail map that helps connect Wye Oak’s 2011 album Civilian and 2014 effort Shriek. The album stands on its own as a pretty darn good collection of songs, offering Civilian-esque grunge-folk (“Too Right”) and some of the downtempo new wave tendencies that reigned supreme on Shriek (“If You Should See,” “On Luxury”). The final track, “Watching the Waiting” offers a third direction for the band, maybe yet another signpost leading to things to come from Wye Oak. 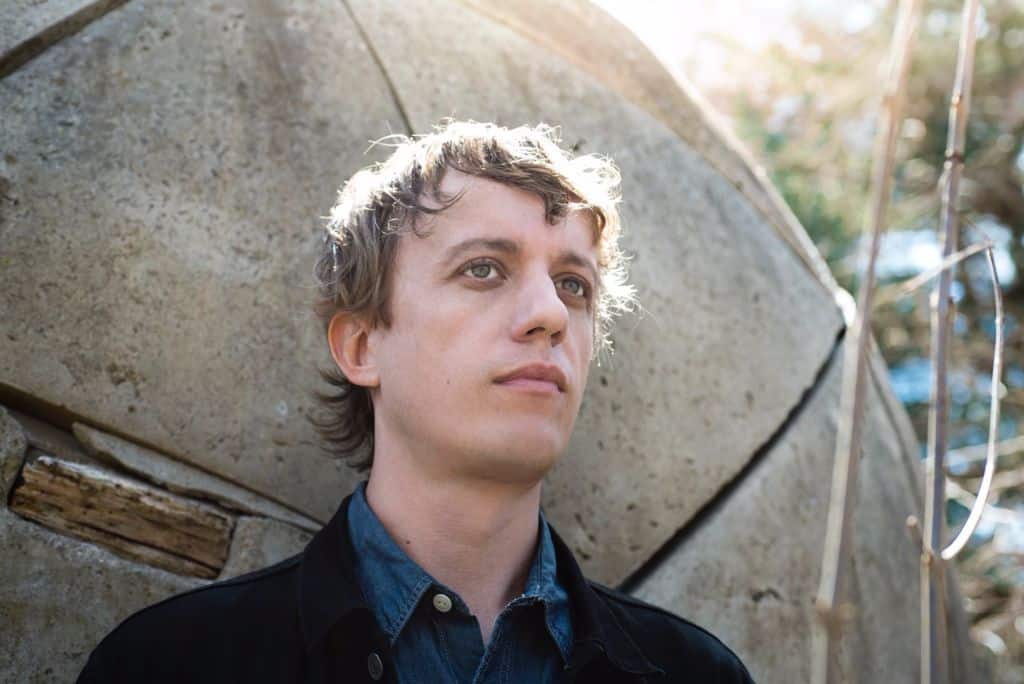 For brief, altogether fleeting moments, Gunn moves in and out of styles and genres, from the intricate fingerpicking of John Fahey (himself a timeless artist) to the indie rock meets stoner jam band musings of former Pavement boss Stephen Malkmus’ solo work during the past decade. As the title might suggest, Eyes on the Lines is something of a traveling album, with songs like “Full Moon Tide” and “Nature Driver” serving as natural heirs to the Allman Brothers’ “Jessica,” The Grateful Dead’s “Truckin’” and Little Feat’s “Willin.’” The modern take on classic rock puts Gunn on solid footing with artists like Kurt Vile and The War on Drugs.

During the 2016 Music on the Mesa festival, no artists’ performance was more revelatory to me than that of Friday night headliners, Elephant Revival. Had I spent a little more time with Petals beforehand, I would’ve known that The Nederland, Colorado-based band was capable of creating a unique and enchanting brand of pureed Americana, blending influences from numerous genres and countries, and pulling it all off with an incredibly tight and talented cast of musicians and singers. 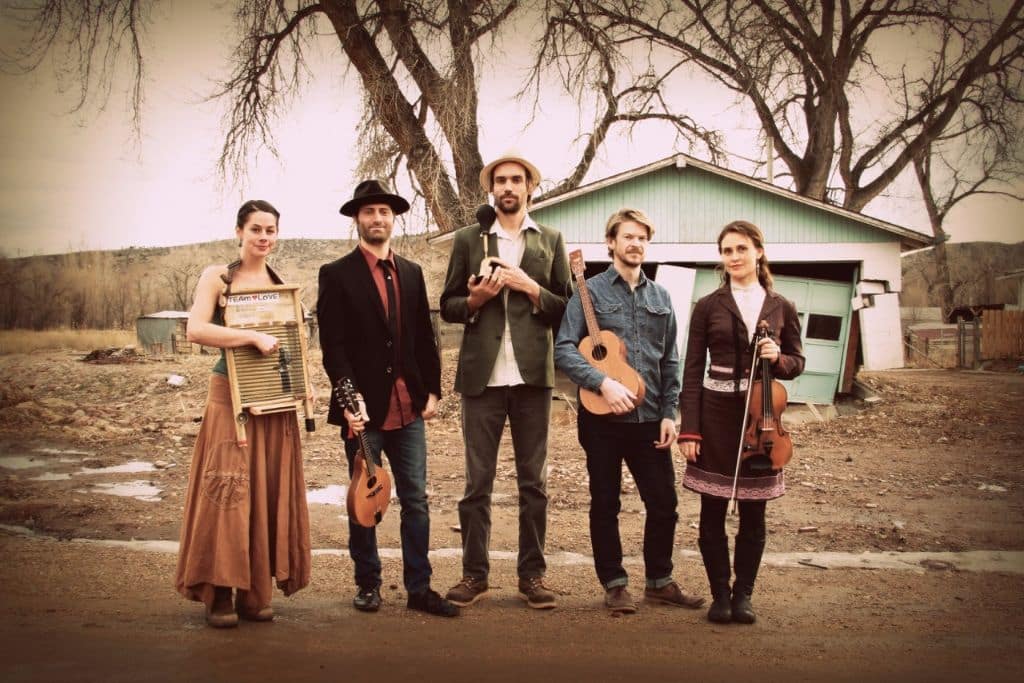