Listen to Tonal Ranger Radio almost every Wednesday, from 1 to 4 p.m. MST, on KNCE 93.5 FM, to hear songs from the albums reviewed in this space, and so much more new and interesting music.

This past year, 2016, will go down in history as a year of infamy, including 365 days of bitter political campaigns and the loss of too many musical legends—from iconic country songwriters like Guy Clark and Merle Haggard, to pop legends Prince and David Bowie.

When considering music from the living, the year could be subtitled “revenge of synth pop,” as scores of young bands broke out their programable keyboards, vocoders, sequencers and drum machines to create high-energy dance music and/or ethereal ballads. Elements of jazz were also apparent throughout the indie, rock, folk, R&B and pop realms.

Because of the Tonal Ranger’s rating system, there are inevitably a lot of ties (maybe I’ll explain more later), and because of those ties, I decided to include 15 albums in this first column of the countdown. Also, and this is where it might seem confusing, because of the ties, I actually have 51 albums on my Top 50 list. Look for the list to continue over the coming weeks, concluding on either Jan. 4 or Jan. 11. 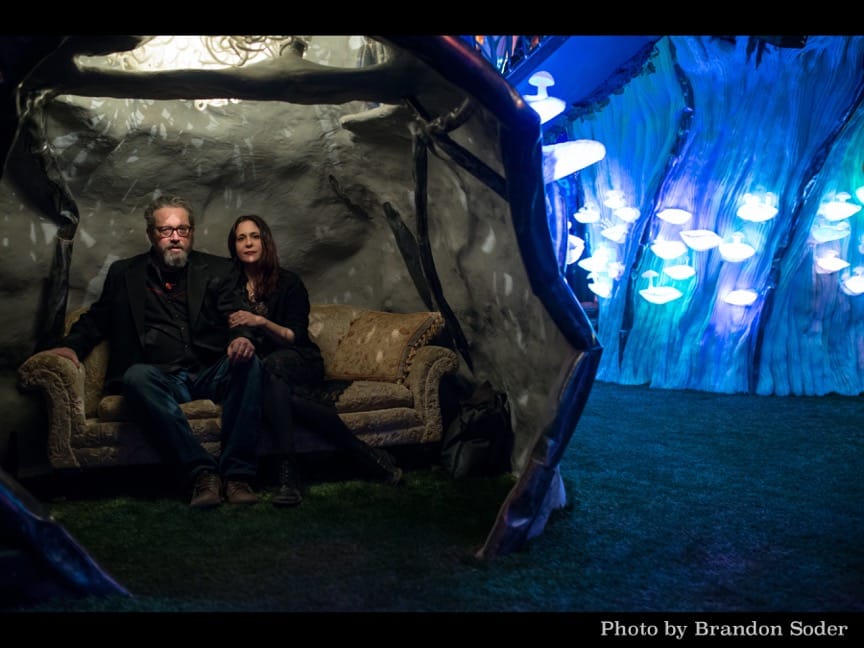 The Handsome Family at Meow Wolf. Photo by Brandon Soder

Albuquerque-based husband and wife duo Brett and Rennie Sparks, who released their 10th studio album in September, could be considered veterans of the Americana movement by some. But the truth is that The Handsome Family have never fit into any genre, and Unseen is a testament to their unique place in popular music. As always, Rennie’s lyrics explore the natural world, and stories previously untold, employing a novelist’s attention to detail, while Brett continues to create a musical atmosphere worthy of her words.

Leithauser, former lead singer of The Walkmen, released his third solo album, with the help of Rostam Batmanglij, the former multi-instrumentalist and producer for Vampire Weekend. Billed as an homage of sorts to the collaborative works of David Byrne and Brian Eno, the album does see the producer getting the best from the singer/songwriter. This album is more all-over-the-place than some of those Byrne/Eno works, but let’s consider that due to the artists’ individual ranges, and not to a lack of focus.

After Walsh’s 2011 album, Songs of Pain and Leisure, he spent a year and a half with a mysterious, debilitating illness, suffered a broken elbow, became interested eastern mysticism and began pondering ways to employ classical production techniques with modern technology. Consider all of the above the “fruitless research” that Walsh refers to in his title track. Bringing in producer Yuuki Matthews (The Shins, David Bazan) helped Walsh achieve his vision and the results are as engaging as they are fun. 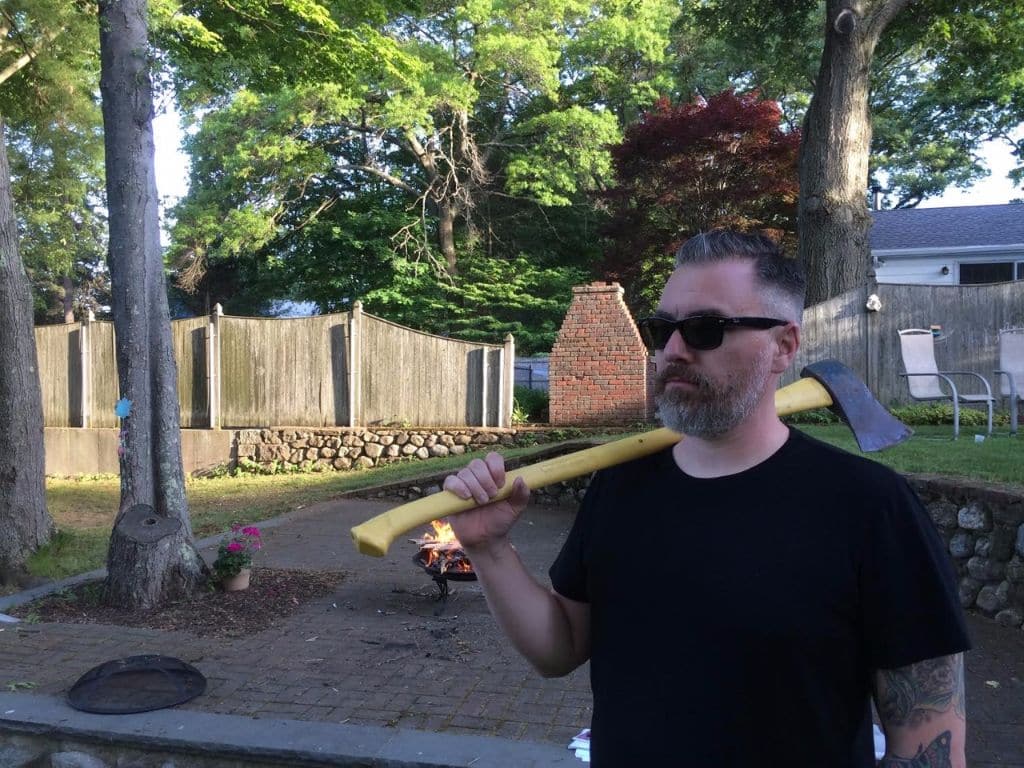 TW Walsh is carrying this “logger chic” look too far

Inspired by guitar-driven indie rock from the ’80s, pop-punk, new wave and shoegaze, Jack Tatum of Wild Nothing delivers another enchanting collection of what this writer refers to as “modern shoe wave” (or “indie new gaze”). Life of Pause picks up where Tatum left off on Wild Nothing’s first two releases (Gemini and Nocturne), with hazy reflections of his favorite British bands, but Life of Pause offers more guitars, and just a little bit of soul on tracks like the excellent “A Woman’s Wisdom.”

While we talk about the influence of synth pop and jazz on music in 2016, there is still an awful lot of shoe gaze stylings out there among the kids. Few bands did it better on record than Golden Daze did on their debut album, a collection of earthy pop tunes drenched in drone and reverb.

Arguably Bird’s best album since 2007’s Armchair Apocrypha, the songs on Are You Serious? build on sparse beginnings and swell with captivating hooks. Songs like “Roma Fade” and “Capsized” find Bird at his most boisterous, while “Chemical Switches,” “Truth Lies” and “Valleys of the Young” are among his most stunning ballads to date. Whimsical Bird also rears his head with “The New St. Jude” and “Left Handed Kisses.” The latter being a clever, chemistry laden duet with Fiona Apple.

L.A.-based trio KING—sisters Paris and Amber Strother and Anita Bias—issued a more-than-solid debut in 2016. Combining an eclectic batch of influences to create a smooth pastiche of indie pop-infused R&B, the group’s merger of singing talent and studio prowess help create´ something that is not quite old-school R&B, yet not quite in the more meticulous vein of retro-soul artists like Miguel. “Carry On” is one of the smoothest and sweetest tunes to hit my ears all year.

Not quite the earth-shaking, life-affirming album that 2014’s “Transgender Dysphoria Blues” was, but Laura Jane Grace and company still manage some pretty amazing punk rock moments on the band’s seventh studio album. Among these are the triumphant and anthemic “Crash,” “Delicate, Petite & Other Things I’ll Never Be,” “333,” and album closer, “All of This and More.”

Perhaps the most understated album in Wilco’s critically acclaimed catalog, but that is not a bad thing. Every Wilco album has had one or two subtle stunners—songs like “Solitaire” (Wilco, The Album), “Leave Me (Like You Found Me)” (Sky Blue Sky) or “One Sunday Morning (Song for Jane Smiley’s Boyfriend)” (The Whole Love), but in Schmilco, we have almost an entire album of such songs. The tunes on Schmilco might not immediately burrow their way into your ear hole, but given time and repeated listens, you can discover their brilliance and charm.

One of the best songwriters that very few people have ever heard of, on Mangy Love, McCombs tackles sociopolitical issues (in his own, dry, twisted in the wind kind of way) and throws them over coals of soul, psychedelia, and folk. More-than-memorable tracks include “Bum Bum Bum,” “Laughter is the Best Medicine,” “In A Chinese Alley” and “I’m a Shoe.” McCombs is still a weird dude, but this is his most immediately accessible work to date.

Upon first listen, it might be tempting to dismiss Halifax, Nova Scotia’s Nap Eyes as another band rehashing golden sounds from rock music’s history, but once you dig in you might find they are taking those sounds from the past and blending them up in something new, refreshing and quirky. Is it a slight problem that lead singer Nigel Chapman’s voice and delivery recalls Lou Reed and Jonathan Richman? Sure it is, but through eight clever and catchy songs, Nap Eyes proves to be more than the latest batch of wannabes. 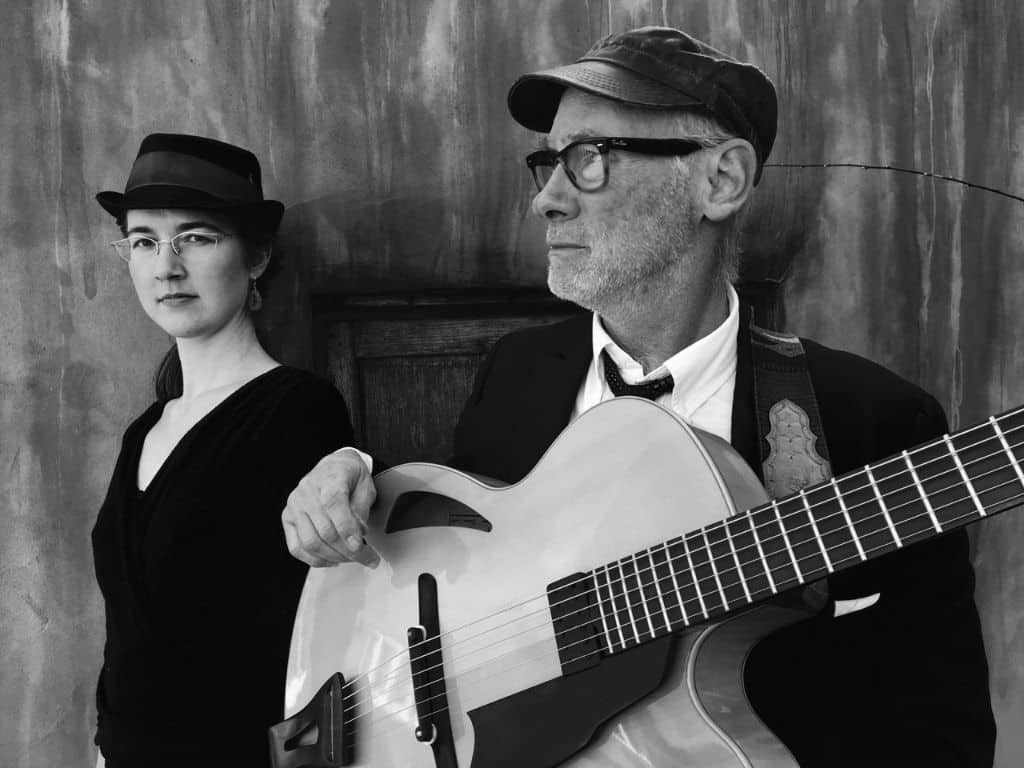 Ocean of Birds sounds like it comes from a different era in a parallel universe where jazz clubs stand in for Wild West saloons. Based in Santa Fe (formerly of Montana), Hatt and Glass haven’t been performing together for all that long but it sounds like they grew up making this music, with her voice acting as a perfect counterweight for his guitar. Produced by Wilco’s Pat Sansone, there isn’t anything on this album that doesn’t belong.

It might be easy to dismiss Niki & The Dove’s second album as another in a long line of ’80s pop revivalism, but with deeper listening, the Swedish duo comprised of Malin Dahlström (vocals and production) and Gustaf Karlöf (production) are revealed to be earnest, thoughtful and more talented than many of their peers. “You Stole My Heart Away” is an anthem of dance-worthy heartbreak.

Easton is a well-travelled student of the world. The Ohio kid has moved around a lot over the years, but he now resides in Nashville. That doesn’t mean he’s sold out to the kings of country; no, far from it. Easton is still writing great songs, and if you don’t believe me, listen to “Now Vs. Now” or “Alaskan Bars Part 1.” Always more talented than he’s ever been given credit for, Easton is still one of our better songwriters.

Yes, The Besnard Lakes are a one-trick-pony, but it’s a damn fine trick. And after 2013’s awkwardly titled “Until in Excess, Imperceptible UFO,” the band showed some signs of branching out from their now-trademark sound. The melodies are grander and Jace Lasek’s and Olga Goreas’s voices soar just a bit higher. And there’s just enough freshness on tracks like “Towers Sent Her to Sheets of Sound,” Necronomicon,” and “Nightingale” to remind us that this isn’t an older album from the band.