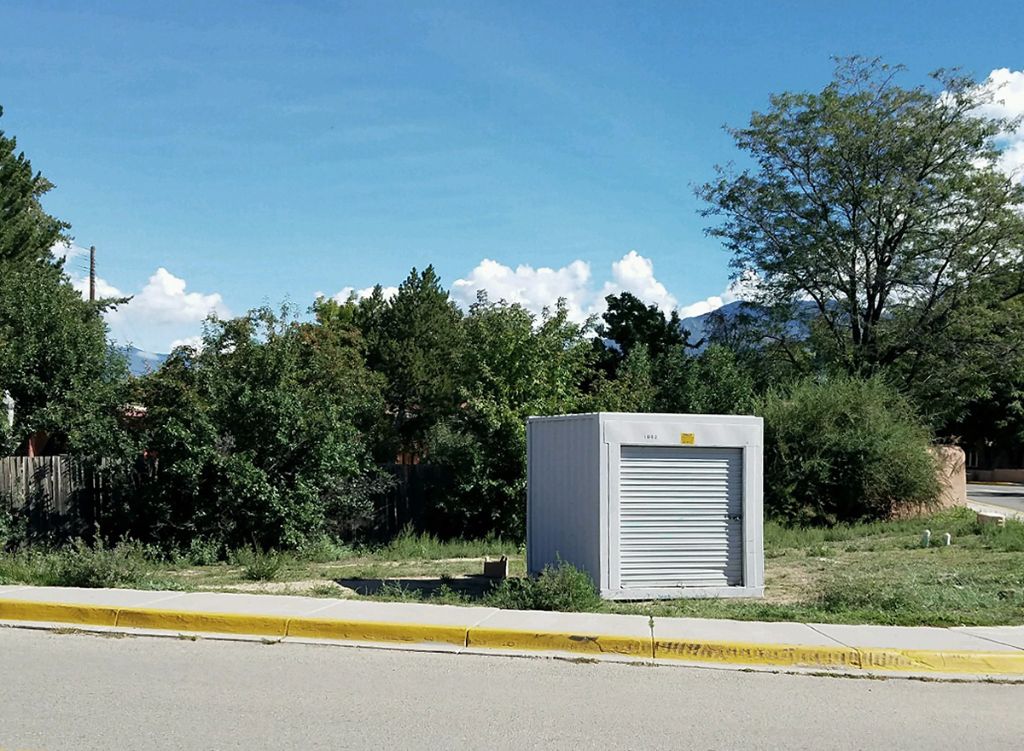 There’s a container on Placitas Road across from the John Dunn Shops parking lot. Well—what’s inside of it?

Lionel Cruet, the artist who had it delivered there, could tell us—but he’s not going to. The surprise will be revealed at the Paseo’s opening on September 23rd. For now, how about a guessing game?

I imagine a staged living space. The cube converted into a tiny home but with a twist—hundreds of plastic bottles. Literally, a plastic living room. There’s a bunch of ways we can conceptualize this imagined installation. Soon, garbage will blow in the winds and become trapped in our homes. We’ll have no choice but to use the stuff to furnish our living rooms.

Okay, imagination off, Google on. With a few clicks on the trusty internet, I found two clues about Cruet and his work that render my imagined container obsolete:

1. Videos available for public view show many of Cruet’s artworks in the form of digital images and audiovisual material projected into three dimensional space.

Our imaginations can take that and run with it, but mine became tired so I gave Cruet a call in New York City. I caught him on the phone just after he returned from a visit home to Puerto Rico. He’s jovial and impassioned.

Cruet revealed that immigrant experience in north eastern New Mexico informs the theme of the piece, which is called “Intangible Space.” He spent a lot of time in conversation with New Mexican individuals and organizations during the development of the project. The personal connection he has with the project comes from his day job working in the New York City schools with immigrant youth.

All in all, whatever is set to go down in that container is going to be politically and locally relevant.

Look for Lionel around town during the Paseo. He’ll be wearing bright yellow glasses and he’ll be looking forward to talking to people. And don’t forget to come down for the opening of the Paseo to find out what’s in that box. 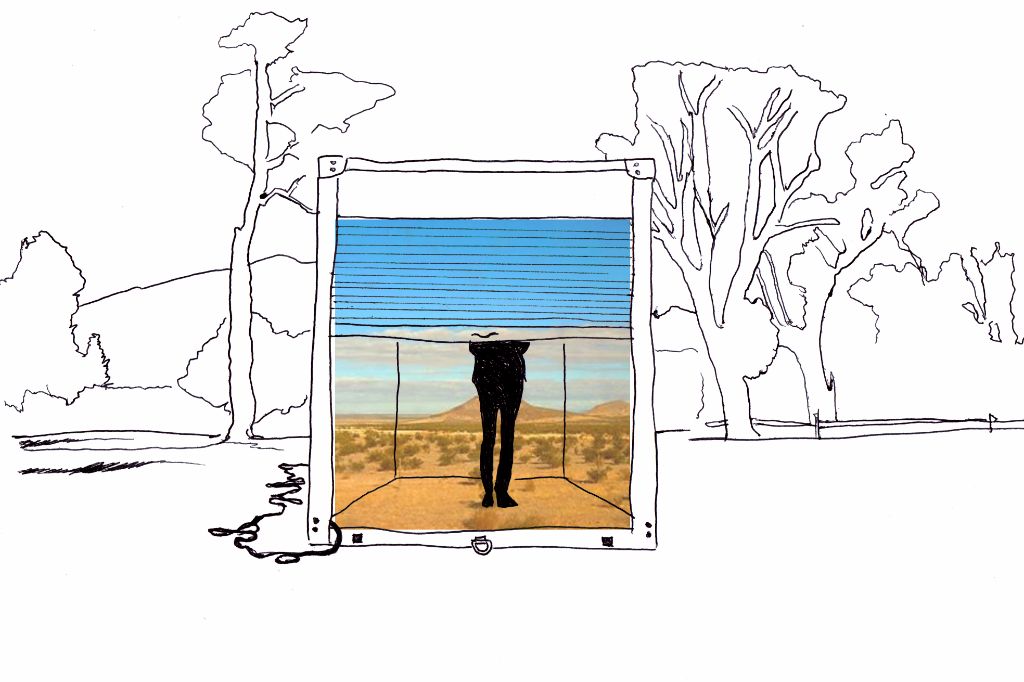 Learn more about The Paseo at www.paseoproject.org, and save the dates: September 23 & 24, 2016. Stay tuned to LiveTaos and KNCE 93.5FM, www.truetaosradio.com, for ongoing interviews and coverage!