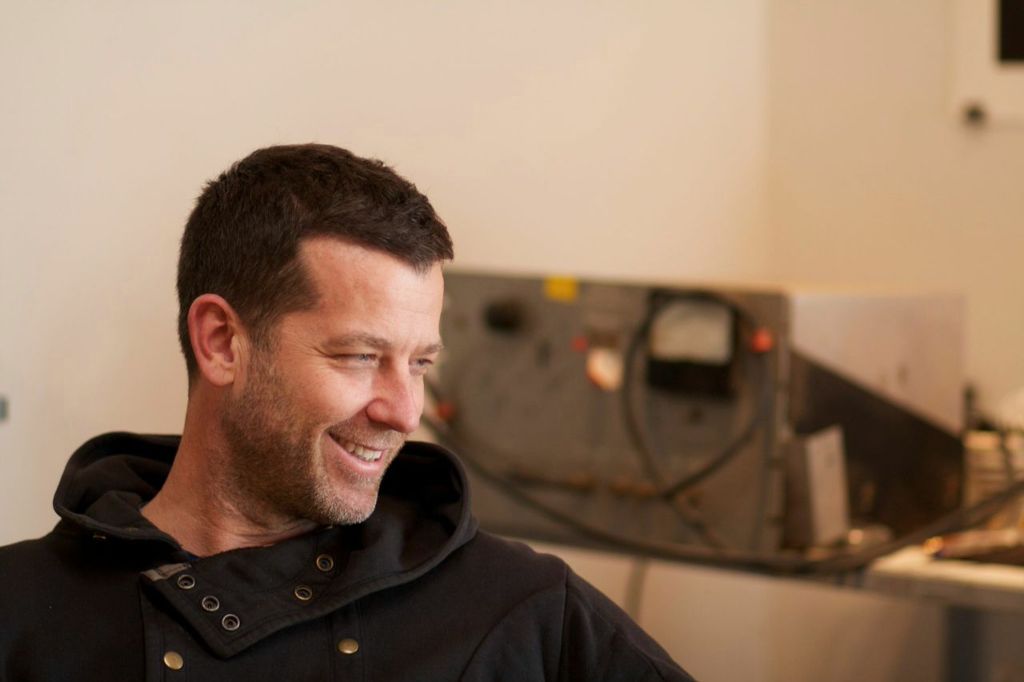 There is a unique sort of magic that exists when the realms of art and science merge.  A sense of beauty that entices not only the creative unconscious but also the seldom-tapped spectrums of the mind that all too often get caught in the monotony of everyday life.  A balance that awakens the soul in a way that that is imperative to the ebb and flow of our very existence in harmony with the world that we live in.  Both the scientific and the artistic make up the momentum that keeps our species moving forward – the desire to know, to discover the unknown, to understand its mechanics as well as feeding the insatiable creative desires that most humans possess in one way shape or form.

Sasha vom Dorp,  a Taos – LA based artist, masters this undertaking.  Sasha is an artist who takes both sides of this spectrum and creates a visual representation of where art and science collide. 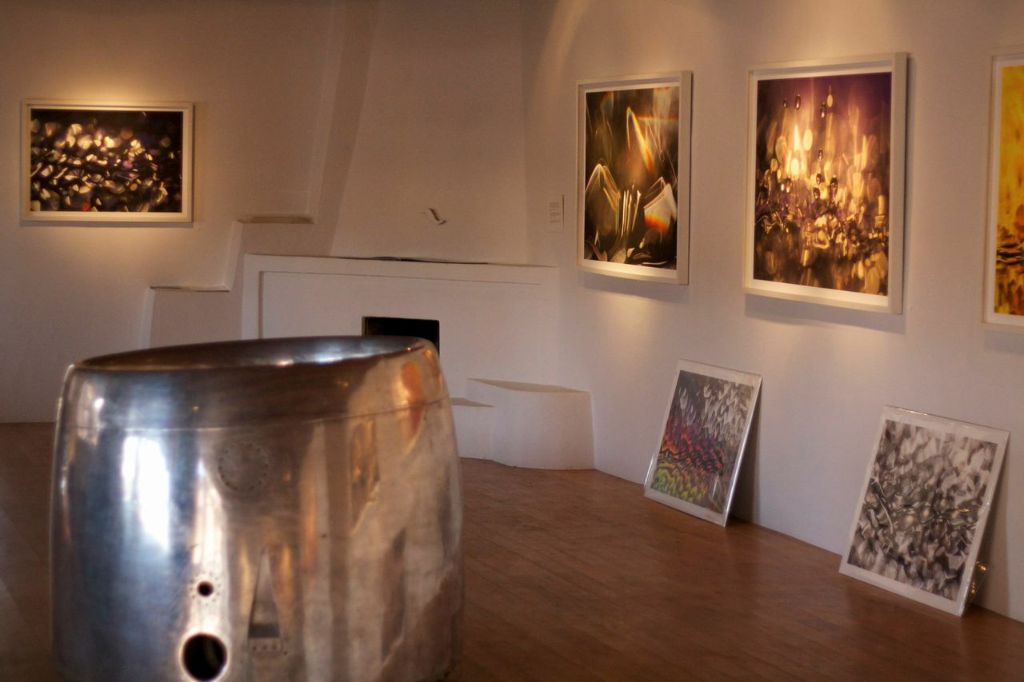 I met Sasha in his studio with my partner, photographer Joshua Cunningham, in the Ledoux Street Plaza on a Sunday morning.  The space – elegantly bare with large works spaced perfectly, inviting the spectator to dive into a world of magic.  I walk through the viewing room to the studio space where in front of me stands the central piece that is the nucleus of Sasha’s work.  Cleverly entitled the Sound Illuminator, this stellar piece of mechanical sorcery “is constructed out of the repurposed nose cowling of a 727 jet airplane.“

Jex: Please describe your process from a technical perspective.

SASHA VOM DORP: I work with light and sound, which is vibration on both ends of the energy spectrum.  The sound is kind of our base energy and is measured in Hertz, which is beats per second, and light is kind of the other end of our perception on the energy spectrum. It is measured differently, in angstroms, but there is something of an equivalent between light and sound in terms of vibration. So I then experiment with using sound to bend light and observe the interactions between the collision of those two things. And I just get lost in the process.

From a technical side there are all sorts of interesting phenomena that occur with light and sound and with this machine that I built that allows the observer to see what sound looks like. Different vibrations create different phenomena and as an example I can show you a little video of something that I captured recently which is the coolest thing ever. If I can get this to load and not blow our eardrums.

What’s happening here is something having to do with surface tension. So this is 888.9 Hz, which are really small waves that are also sending droplets up. And because sound is energy it pushes matter and you can actually make it rain up.  So the drops go up and then they hit the surface, but the surface tension is so great because of the vibrations. And in between the vibration and tension that the drop has, the drops aren’t allowed to go back into the surface so they end up bouncing on the top of the surface. The only thing that they can combine with are other drops so these drops get bigger and bigger and bigger until all of a sudden the surface tension is greater than and breaks the seal and goes back in. You can see them kind of grow.

I’ve read somewhere more recently that this is something that people who study fluid dynamics kind of just discovered. There’s also this amazing thing with having to do with quantum physics and I’m not sure I quite understand it but somebody in Germany built a machine that is similar to mine and instead of water they used silicon. So there is this really amazing phenomenon that they observed: they’ll get a drop and they’ll have a vibrating plane of silicon and they’ll get a drop and drop it down and that drop will create a wave before it touches the surface and so then it will actually ride its own wave that it created and this is a major physical example of a quantum effect. And it is incredible because usually we are just used to dealing with light in the quantum world but this is something that I think is pretty fascinating. 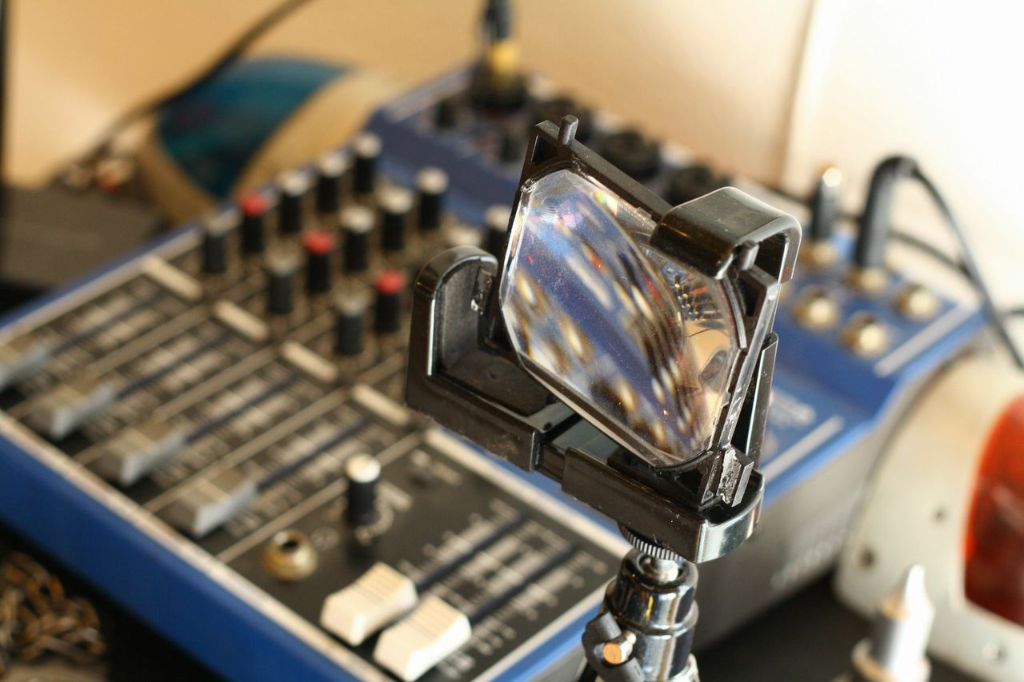 S: Yeah I know! I want to learn more about that. So the technical stuff? I have LED lights that are coded to be tone sensitive inside of that light equivalent. As an example, the lows of a piano would be the reds and middle C would be the green, so it’s pegged to the visual spectrum inside. The idea is it creates sort of a synesthetic experience for the observer when certain tones elicit certain colors and then you see the sounds. You get this kind of more full embodied experience of what you’re experiencing.

J: I love the phrase “seeing the sounds.”  So what was that moment of inspiration that planted the idea in your head — that made you conceptualize this project further?

S: Well, I was looking for a tetrahedron-shaped sound because I built this sculpture a long time ago that was a tetrahedron. I heard that sound had form. And if I could find the tetrahedron-type sound I could put it in the sculpture and make it a more fully-embodied piece.  I started experimenting and one thing led to another and I got waylaid — I got distracted with the light aspect of that whole equation because the light is just the most amazing thing ever. I still have yet to put that tetrahedron shape sound into my sculpture but I hope to one day. 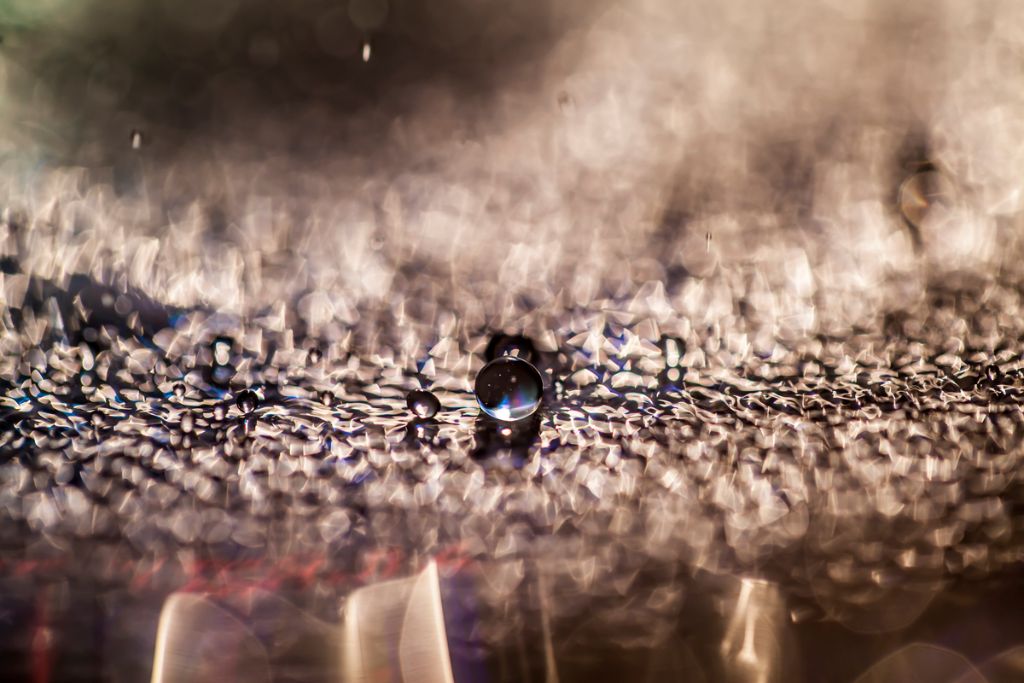 J: When you first developed the process, what was the “a-ha” moment that you experienced that made you realize this was a part of you, an extension of your creative expression?

J: So what challenges do you face?

S: Money, ha ha — money challenges. I guess having the resources to do the projects that I want to do is the biggest challenge. I have big ideas that require a lot of money.

J: What is your favorite part of the process?

S: The “ah-ha” moment is my favorite part – it’s when all of a sudden I see something new that I’ve never seen before — it’s like Christmas. “Oh my God, this is it!” I get high off that and can live off that for weeks. 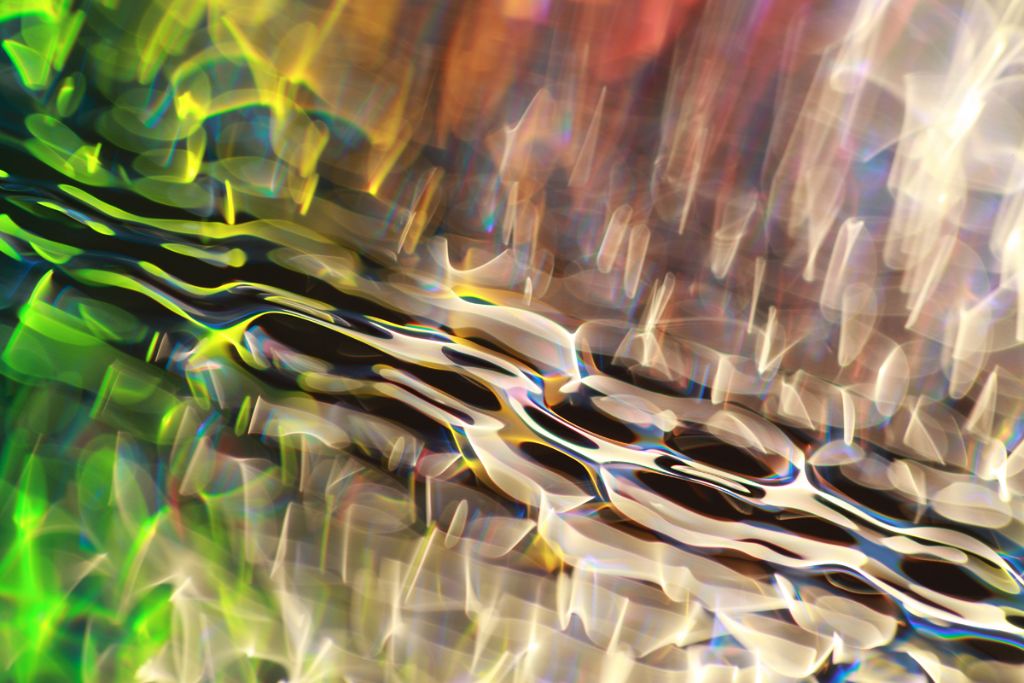 S: That’s a good question. Well, we were talking about ripples earlier. And early on I realized that we were all creators. With that knowledge, this thing that we do when we’re making, we’re transferring energy with every interaction that we have with people — there is something of a responsibility there, to be conscious of our transfers.  For me anyway, art is just an amazing world full of brilliant people that are sharing and creating growth for everybody. I love the “ripples” and that’s what I make.

J: A person comes into your gallery and sees your work. What can they learn about you by immersing themselves, getting lost in your art?  Having been to one of your openings, I have watched people get completely enveloped by your work. What do you feel they are learning about you when they are in this state? 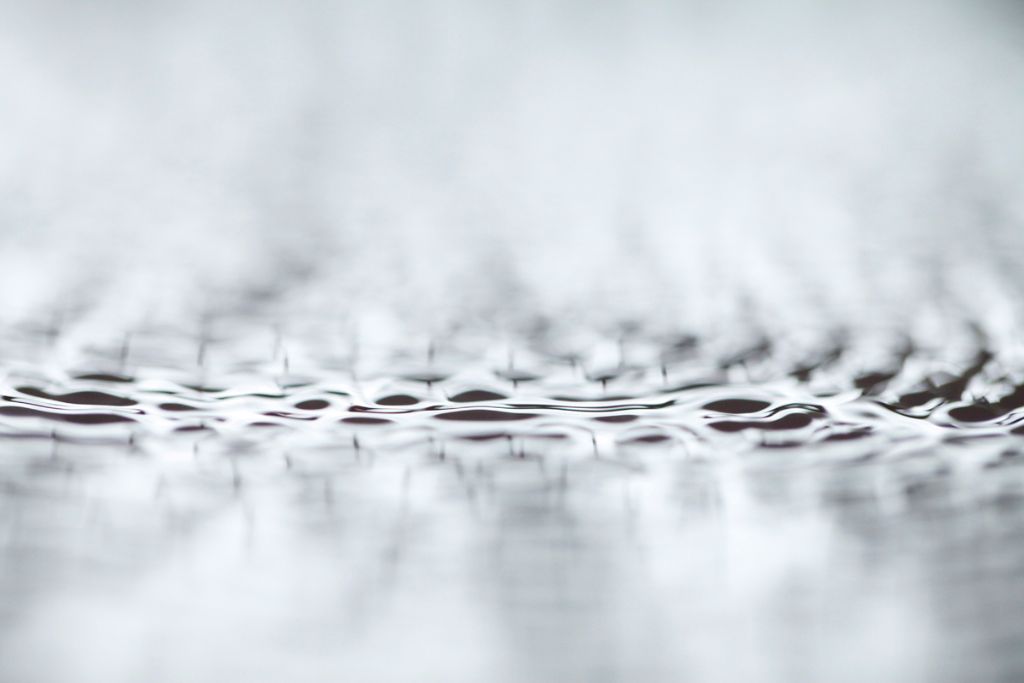 S: I don’t think it’s so much about me. I believe our perceptions possibilities are limitless, and yet we exist in this society with the systems we’ve created, and we have to deal with them. We have to pay our bills, we have to work, so our perceptions are finely tuned to be able to deal with and survive in this world in the systems that we built. What my work is really about is what’s around us all the time, and just showing people the magic of the everyday experience. There are sounds that happen all the time that we don’t really think about because we are so busy. We just don’t really think about that so much. In a way what I hope is that people just see a reflection of themselves because they are part of everything too.

J: Which segues into my next question, which is what do you hope that people get from your work?

S: Just a better understanding of their place in the universe.

J: Beautiful. So how do you see your art evolving in the future?

S: If I had money, I would create a venue for people to experience music in a way that would give them an immersive experience: the tactile the auditory and visual combined.  That is what I want to do. 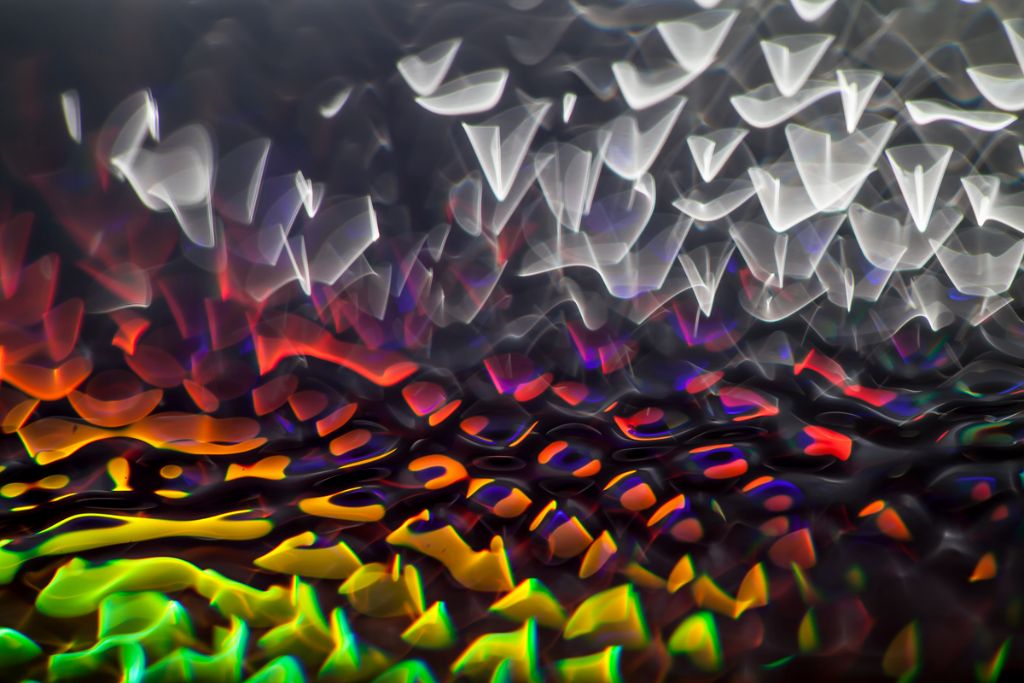 S: Ah the SUBPAC.  I have some friends that are now selling this thing called the Sub-pack, which is a vibratory device that pushes sound waves through your body without blowing your eardrums. And it’s a really amazing way to experience music.  What’s really fun is experiencing music and seeing the visual aspect at the same time and that is combining three senses into one experience.  I think that it’s really cool and I would like to develop that further so I’m working on that.

J: That is fantastic. So talk about your upcoming shows where they are when they are all the good stuff.

S: Yes well then let’s see David Mapes has DAFA Gallery (Taos) we’re supposed to have a show in the spring sometime but we haven’t set a date yet, but I do have three other shows lined up this year. One is in Albuquerque, the opening is April 24th, 2015 and that is at a gallery called Central Features and they’re doing an exhibit called Visible Sound.  There are 4 artists, I’m one of them I’ll have the machine there.

Then right after that I go to Los Angeles. I have a show opening May 3rd, 2015 at The Brewery which is also a group show and that will be up for a month and that is through LA ArtCore. And then September 9th or 11th, 2015 I have a show opening in Los Angeles at a gallery called Gallery 825 on La Cienega and that’s a solo show. I’ll also have the machine and that should be up for a month as well. I’m not exactly sure the dates.

J: Well I’m sure if anybody can pull that off it would be you.  And that is all that I have as far as questions. Thank you so much for meeting with me.

For more on Sasha’s work, please visit his website http://sashavomdorp.com, or find him on facebook www.facebook.com/SashaRaphaelvomDorp, or in person at his studio: Ledoux Plaza, 112 Camino de la Placita, suite D, Taos, NM 87571.