THIS PIECE WAS ORIGINALLY PUBLISHED AT TAOSTYLE.NET, LYNNE ROBINSON’S FABULoUS BLOG ABOUT WHAT’S HAPPENING UP HERE AT 7200 FEET. SEE THE ORIGINAL STORY AND CHECK OUT TAOSTYLE HERE. 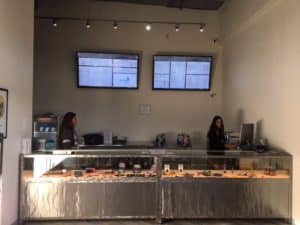 This I know for a fact after my most recent visit to Southwest Wellness’ dispensary here in Taos.

Earlier this week Forbes magazine declared “Cannabis-related businesses constitute one of the fastest growing industries in the United States. The medical marijuana market alone was worth $4.7 billion in 2016 and is expected to grow to $13.3 billion by 2020.” 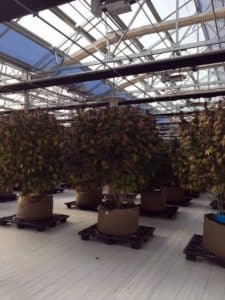 A brand new UNM study tells us that the legal availability of medical marijuana has the potential to reduce opioid use among chronic pain patients. The work of associate psychology professor Jacob Miguel Vigil and assistant economics professor Sarah See Stith was recently published in the medical journal PLOS ONE.

The results indicate a strong correlation between enrollment in New Mexico’s Medical Marijuana Program and cessation or reduction of opioid use. Vigil says informal surveys showed a significant proportion of patients substituted their opioid prescriptions with cannabis.

All this is good news for Southwest Wellness.

When I visited their dispensary earlier this week, Jessica and Victoria, the super knowledgable young women who work there, agreed. 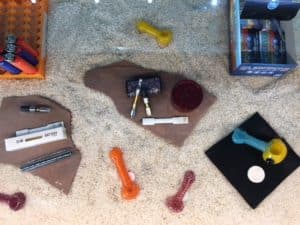 “We see so many patients who tell us how helpful cannabinoids have been regarding overcoming an opiod addiction.” Jessica said.

Do they use the flowers or CBD’s? I asked.

“Both.” Said Victoria. “It all depends on their particular condition and their personal response to the products.”

With names on the menu like Blue Dream, Durban Poison and Green Crack, one wonders how people decide which one is their remedy, and how do the women working in the dispensary know which to recommend?

Earlier Barbara Crawford (whom I had met here soon after the facility opened), had explained to me the rigorous training they go through. 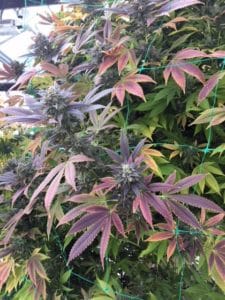 “It’s ongoing.” She told me. “We abide by the highest standards here.”

Indeed they do! Since I visited in the summer, everything has shifted gears; the entire operation, from grow to harvest to production, is operating like a well oiled machine. With a tight crew in place, Southwest Wellness is poised on the cusp of this burgeoning new economy, especially once New Mexico goes Recreational.

For right now, the biggest Medical Grow in the State (right here in Taos) is doing just fine thank you. Aside from providing Taos Medical Marijuana Patients with the cleanest product around, they are getting ready to open a second dispensary in Albuquerque at 9132 Montgomery N.E.

Another is planned for Santa Fe early in the  New Year.

As we toured the facility with our young guide, I was handed a disposable smock to don over my street clothes. I noticed the workers who handled the flowers wore them too, along with masks and gloves.

Clearly the highest standards were being met.

The greenhouses were immaculate and the plants looked healthy and happy. A few were ripe for the harvest while others were just getting started. The growing cycle had fallen into a natural rhythm.

When we returned to her office, Barbara told me about the special product’s she had ordered for the Holidays. Peppermint sticks and Peppermint White Chocolate (they already have great dark and milk bars), made by High Five Edibles in Santa Fe.

“They source amazing organic cacao from small growers,” Barbara told me. “Their edibles are just a cut above the rest.” 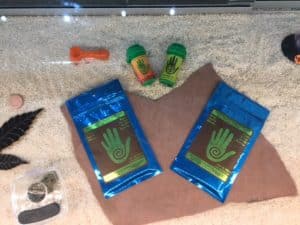 All the cannabis used in the edibles (and all the other products sold in the Southwest Wellness dispensary) are made with flowers grown in the aforementioned greenhouses.Back in the spotless dispensary, (which is clinical but by no mean devoid of design detail, with fixtures by metal artist, Frank Seckler and the entire facility designed by Doug Patterson)  I asked the two women the same question regarding how they make their recommendations.

“Actually, “ Victoria smiled, your nose is your best guide regarding the best medicine for you.”

“Well we (humans) carry cannabinoid receptors” she explained, “so it seems that our olfactory sense connects to that, and those in the flowers.” 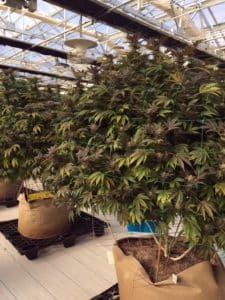 Jessica was already gathering containers and bringing them to the counter for me to smell.

Both of them got a big laugh when I pronounced the “Poison” my fave (again), and encouraged me to try a couple of others I had responded positively to. One is named Lavender which I like.

I had also responded quite negatively to a few – their earthy musky quality didn’t do it for me and neither did the so-called ‘citrus” scents –  and wondered how they would have affected me had I tried them from name alone? Trust the nose seems to be the message here.

Southwest Wellness offers daily specials with 15% off each. Tasty Tuesday is the day to get in there to pick up a few of those edibles to keep you smiling through New Year. And you might want to wait until Saturday (Shatterday) to try some of the brilliant new additions they have in the realm of cartridges and such – long-lasting and very clean. 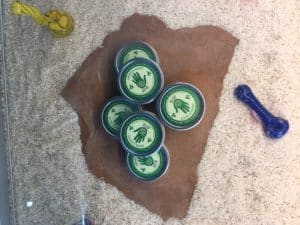 For much more about Southwest Wellness and everything they do and offer to card-carrying members of New Mexico’s Medical Marijuana Program, please visit their site linked below. (Live this week.) They are located at 1023 Salazar Road in Taos. They can be reached by phone   575-737-8960..

All shots taken on my iphone