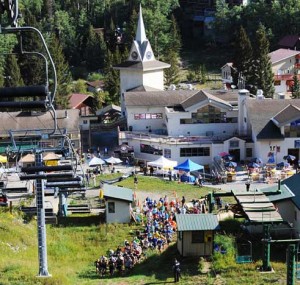 Trail runners are an offbeat lot, most having what’s considered to be a somewhat sadistic bent.

Not only do they seek to run up what most have difficulty hiking, they look to challenge one another along the way.

One of the nation’s most grueling trail running events is the Up & Over 10K at the Taos Ski Valley, happening this August 2nd.

The first three miles are what make it such a killer, going up 2,250 feet in that distance. It’s close to straight up, and will challenge even the fittest, most accomplished runners along the way. What’s waiting at the top, though, is one of the most stunning views in New Mexico — serving as inspiration to persevere.

In this ninth year that the Up & Over 10k has been offered, the number of participants has grown from a mere fifteen the original year, to about 135 this year. Runners from all over New Mexico and Colorado are expected, with runners from 11 states represented thus far. 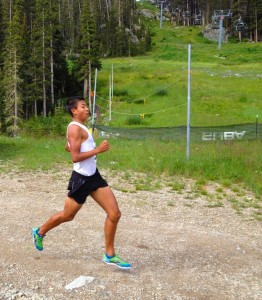 Taoseños in particular love this race and make it a priority in their schedule, with last year’s winner, 16-year-old Donevan Gravelle, hailing from Taos.

Gravelle set a course record last year of 56:49:00, and it will be interesting to see if he can top it this year.

The race starts at 9 am, followed by a raffle and awards given at 12pm, followed by live music from alt-country band Hot Honey from Santa Fe. 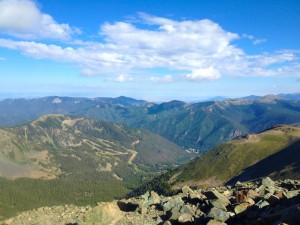 The view from the half-way mark above Kachina Peak