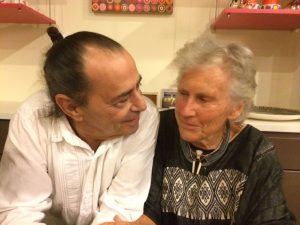 James Beard Award nominee, Artist, and producer/distributor of World-class mezcal, Ron Cooper of Ranchos de Taos is a man of many talents.

Recently, I was assigned by Edible Santa Fe to produce a story on him and in the process of doing so, came to experience what Carl Jung referred to as synchronicity, along with a healthy dose of the diverse ways in which Cooper weaves his magic.

With pieces in the permanent collections of the Guggenheim in New York and LACMA, as well as being included in Dennis Hopper’s group show of 2009 at the Harwood Museum, Hopper Curates, Cooper’s place as an influential artist of his generation has become solidified at the outset of the 21st century.

His work speaks of the idyllic Southern California he and I grew up in; a place with a strong sense of self and deeply rooted in its own Pacific culture of East meets West, and is comprised of light and hues of color, coupling Route 66 neon-Americana with New Age themes and metaphysical perspectives.

His latest work of art, though, is Del Maguey Mezcal; as Cooper refuses to allow the role of the artist to be confined to a studio or particular medium, instead choosing a renaissance perspective where the natural world is included in the artistic pursuit.

Tequila is to mezcal what Champagne is to sparkling wine. In other words, it’s the region that gets the recognition. The purported qualities of said region must be steeped in a history of producing widely-recognized product that is classified as the top of its class, and traditionally Tequila has fit that role for Mezcal production in Mexico.

What Cooper’s Del Maguey does is expand that argument to include the other top mezcal producing regions in Mexico, most notably from his single-village Oaxacan mezcals that are the subject of his recent James Beard Award Nomination.

Cooper’s deep, multi-decade roots in the small Oaxacan villages he sources his mezcals from are the inspiration for Del Maguey – a tradition as old as any wine producing region in Europe — and Cooper feels compelled to introduce their legacy to the world.

He’s caught the attention of top Chefs and Spirits professionals around the globe and the James Beard Award is the proverbial icing on the cake to a long-standing struggle to gain recognition and distribution. 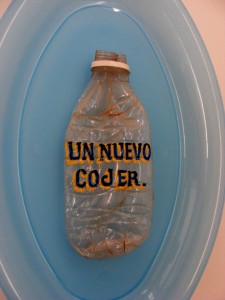 Cooper’s not resting on his laurels, though.

The top photo is of he and Diana Kennedy, the doyenne of Mexican Cuisine who’s often referred to as “The Julia Childs of Mexico,” was taken recently in Austin at the release of a Documentary on Kennedy, and was sent to me from Cooper recently with a note on how excited he was to meet one of his heroes.

He described Kennedy at 91 years old as, “tough as nails,” and was obviously giddy with excitement that she would deign be photographed with him.

It’s that sense of wonder that keeps Cooper stoked, reminding him, that just like everyone else, he draws his inspiration from the world around him and that the physics of “six degrees of separation” are always at work in the human equation.

Whether or not Cooper wins the James Beard Award for “Outstanding Beer, Wine, or Spirits Professional, is of no consequence (this is his third consecutive year being nominated) Del Maguey’s mezcal’s speak for themselves and Cooper’s content he’s doing the right thing by preserving the long-standing tradition of world-class mezcal production from the handful of small villages he’s become ensconced in: Tequila may be the “champagne” of the mezcal world, but Ron Cooper is quickly becoming the Patron.

You can find Del Maguey Mezcal’s at Kokkoman and Del Norte Liquors in Ranchos. Yes, that’s right, at Del Norte.