The color of coconut curry-smothered green peas and butternut squash over an ample bowl of rice has given me pause. An East Indian bamboo flute, the bansuri, is the sound drifting on the the air and making the atmosphere here quietly reminiscent of hazy mornings in another country. Although I work here, for a moment I don’t know where I am. The smell of onions being sautéed is a tease from the kitchen, along with scents of cumin and coriander, cardamom and lemon, oil and a cache of other spices used to create the fragrant digestive base of some of the evening’s dishes. On the menu is saag panir, mutaar, chana masala, bhaigan bharta, alu gobhi, kale pakoras, dahl, and raita. 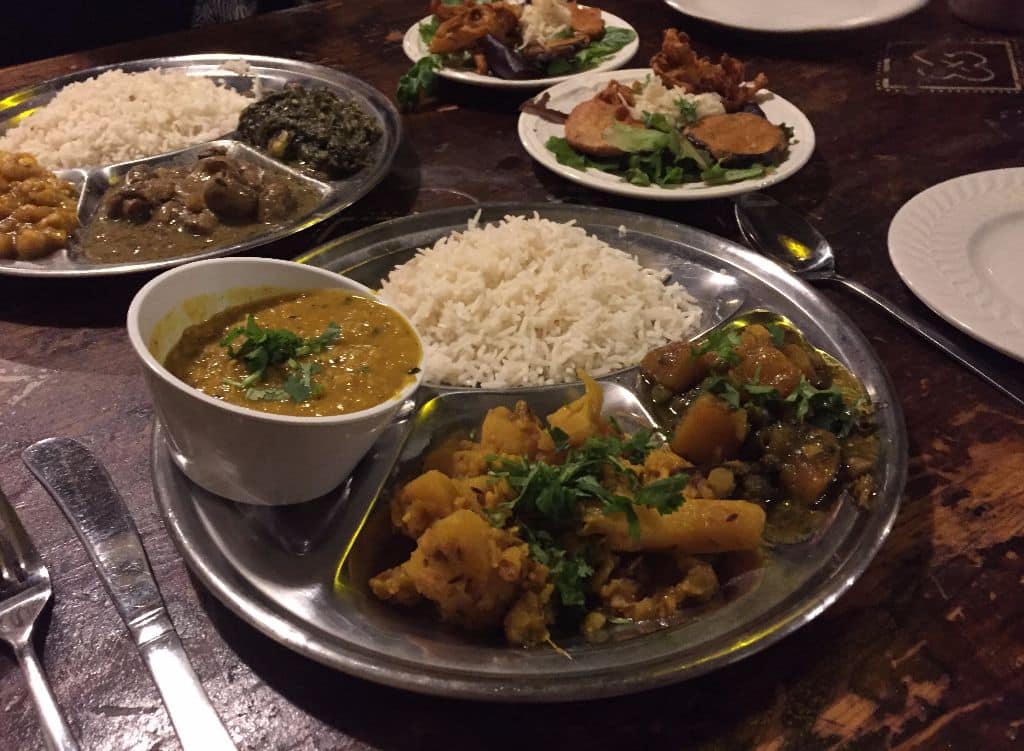 Ambiguously, the contour of Indian culture that seems to simultaneously resist and reveal, not unlike Indians themselves sometimes when they nod their heads — is it yes or no? — has infiltrated this mostly Middle Eastern and always vegetarian restaurant. The thing is that on a Thursday night, once every three weeks or so, El Gamal presents it’s own taste of India.

A traditional Thali is a meal spread on banana leaves replenished by people distributing from apparently never-emptying serving bowls. Elad, owner of El Gamal, explained to me that when most people go to India they lose weight, and they go to look for God. But he says, “When I went I gained weight, and God was already there.” Inspired by the Thalis of South India, East Indian Night at El Gamal nourishes with a plate full of several entrees of your choice, white or brown basmati rice, kale pakoras, and pita-style chapatis. The desserts afterward can make even a shrewd heart soften: Lemon Cardamom Cheesecake with Blueberry Sauce, Death By Chocolate Flourless Chocolate Cake, Baklava with Rose Petal Sauce. The chai is housemade and always available, like the desserts, Indian Night or not. For those who prefer beer there is draft from Marble Brewing Co. in Albuquerque, and for wine folk, a full list. On Indian Night there’s live music. Terra and Mark Choplin present traditional classical Indian music, “Ragas of Hindustan”, beginning around 6:30p. 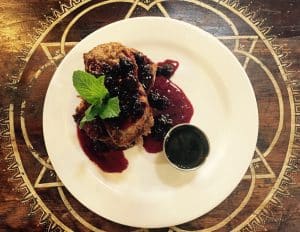 A principal of bounty that nurtures underlies the vision at El Gamal. Owners Elad Greenwald and his wife Nettayah Ben-Attar believe that the intention behind the cooking of food is integral to the art of it, which translates into every nourishing bite here having energy to give. Besides East Indian Night, there is a full menu of Middle Eastern vegetarian deliciousness with gluten-free and vegan options. Breakfast, which is El Gamal’s lesser-known gem is served all day starting at 9am. Shakshuka, for example, is a dish of poached eggs (local and organic, if you prefer) over a Middle Eastern tomato casserole. Life as a Shakshuka looks like those same eggs but served over one of the day’s East Indian specials. The bagels, made fresh daily, rival any I had growing up in New York, and you can put just about anything on top of them. Turkish Coffee is an Ethiopian blend with a bit of ground cardamom added — it’s heated over an open flame for a cup of joe that, as a friend recently commented, has got a lot of swagger for three bucks fifty.

And expanding the idea that nourishment is love and the life we live, El Gamal also provides a forum for community dialogue in it’s Local Resilience Lecture Series, which hosts speakers and films on addressing global climate change at the community level. The first lecture was lead by Kyle Tisdel of the Western Environmental Law Center in February, and the turnout was huge. The essence is that whether you come to El Gamal for Indian food or breakfast, coffee or conversation, you’ll be taken care of.

The next East Indian Night is Thursday, March 30th. Reservations are required for large parties only. For more information visit their Facebook events page.

For El Gamal’s hours, street location and a full menu, visit their website.

I’ll see you there. 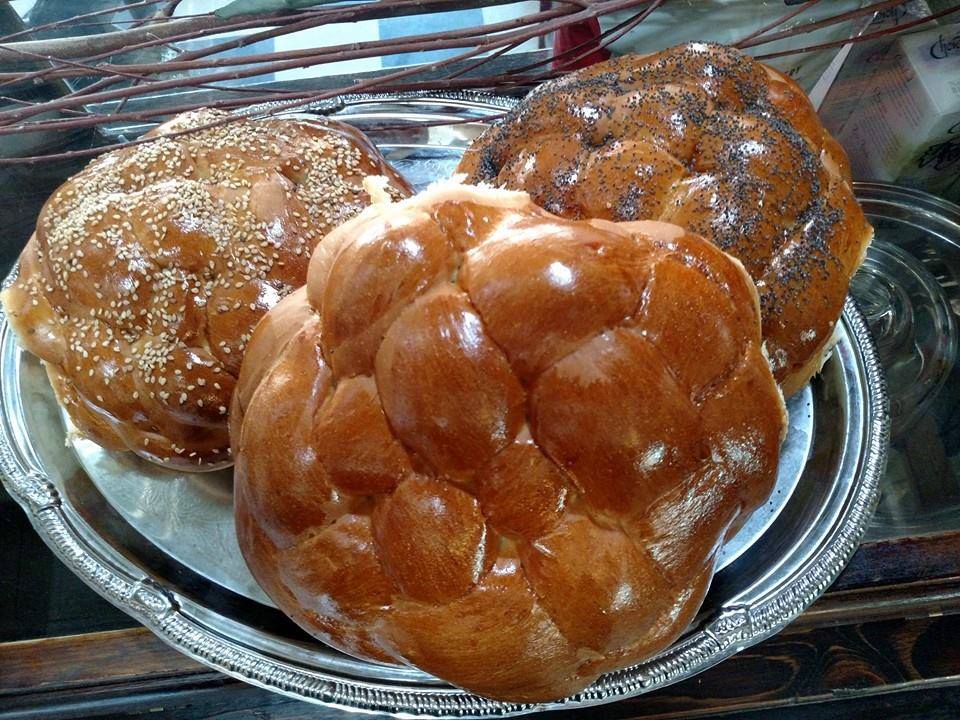