The Beginning of Taos Tech for Kids

Last December Kyle Butler was cleaning out his home. He pulled out the stack of used laptops he had accumulated. There were ten in total. Having rescued these laptops from an untimely death, they sat in his closet waiting for repair parts. Kyle had no use for the laptops himself, but was committed to not contributing to a buildup of e-waste. Even if you take electronics to your local recycling center, he said, the machine isn’t going to be preserved. And when each laptop requires at least 7,000 gallons of water to manufacture, disassembling a computer that just needs a few parts is not only un-economical, it’s environmentally egregious. 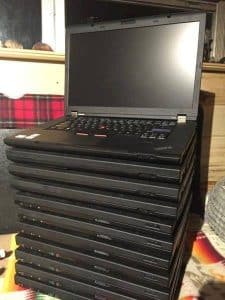 Looking at the computers, Kyle, equipped with sixteen years of trial by fire computer engineering, had a characteristic fit of generosity. He decided to outfit the computers with their necessary parts, perform repairs and give them away to local kids. The requirements? Under seventeen and a resident of Taos. He made a goal to give away all ten by Christmas, and he made a Facebook page where kids could request computers and interested parties could donate parts or cash to his Kickstarter account. He received over 50 applications, and was able to outfit seven kids with new computers.

Due to the tremendous demand in the community Kyle received, he decided to continue the project, receiving donations from the community and providing expensive computer science expertise for free in order to help the community. Three months later, he now has a total of 40 laptops.

Unfortunately, the number of laptops Kyle has been able to give away remains at seven. The donations have trickled to a stop, and the Kickstarter account is empty. Although most of the laptops can be fixed for under $40 and most just require a hard drive, battery or charger, without contributions from the community Kyle is stymied.

Undaunted, Taos Tech For Kids continues, seeking out different avenues for achieving their new goal: 100 machines by the end of the 2017. Hoping to attract some media attention, Kyle is soliciting for a promotional video, article, or any donated advertisement. He’s also open to continuing the project through partnership with a local school. He imagines volunteering to come in and give classroom tutorials, but most of all he’s interested in developing the program into a way to teach kids how to build and repair computers. He hopes to attract the attention of a school that will allow him to teach a computer repair class using donated material, resulting in a classroom of computers the school will get to keep. 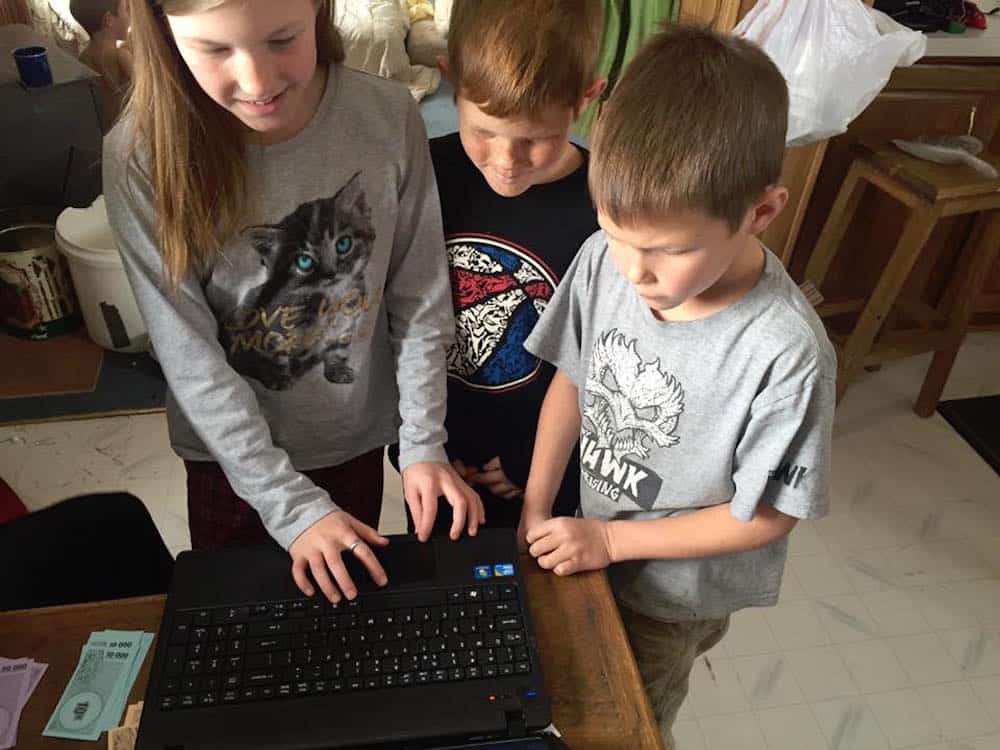 The conceit of Taos Tech For Kids was to reduce environmental waste. But the program has become about much more than that. It’s about helping kids participate in and mold our digital age, strengthening the resources of our school system, and reinvigorating community-based, need-driven philanthropy.

So whatever your capability—advertising and advocating, donating parts, funds or time—don’t hesitate to get involved.

To learn more about Kyle and Taos Tech For kids, visit their Facebook page.

To apply for a computer, or find out more about how to donate visit: http://taostechforkids.org/

For all other enquiries or to contact Kyle directly e-mail him at: [email protected]