This week, March 30th through April 2nd, 2017 is the tenth annual Taos Shortz Film Fest. It’s also their fare-thee-well edition. That’s right folks, after a decade Taos Shortz is movin’ on. So, if like me, you’re a Taos slacker—you have all the best intentions of going to check out everything amazing our community has to offer, but you never leave your house and justify your apathy by telling yourself you’ll catch it next time—don’t wait! There is no next time.

Thusly, in order to provide some additional fire-under-proverbial-butt motivation for all my fellow agoraphobes, and some riveting information for the rest of you, I asked Anna Cosentine, the festival’s executive director, to give me the lowdown on all things Taos Shortz over the past decade. Warning: her enthusiasm is boundless, and I’m hoping it’s contagious.

1. Why did you start the Fest? Who were the original organizers? What’s it all about?

In 2006 my friend Duprelon Tizdale (now faithful business partner) and I took a road trip and ended up at the Sedona Film Festival. I knew nothing about the intricacies and importance of Film Festivals at the time. I saw a 30-minute animation called “Saul Goodman” and liked it so much, on the way back to Taos, said, “Wow. We should start a shortz film fest in Taos!” I knew that Taos Talking Pictures had closed its doors, and later, Taos Mountain Film Festival was no longer there, and that the community of Taos had a penchant and passion for the cinematic arts. We decided then to put Taos “back on the map” as a cinematic destination.  In 2007 we launched the Taos Shortz Film Fest and screened 28 global short films.

Incidentally, at this year’s festival we have a free event called “If You Wanna Know,” Saturday (April Fool’s Day) at 2:30pm. We will screen that 30-minute short “Saul Goodman,” and Tizz and I will informally answer questions! We thought it would be kind of a fun way to commemorate our 10 years.

The films we bring to our audience are top notch, compelling, global stories with impeccable editing, cinematography, sound and structure. Nothing less meets our criteria to be accepted to the Taos Shortz Film Fest. We pride ourselves on presenting short films from 5 genres—documentary, comedy, drama, animation and OOTO (Out of the Ordinary) that are each woven into a 2-hour program.

Being the only juried film fest in Taos, and the only Short Film Festival in a state where filming and filmmaking has an astonishing economic impact to the Industry, the Taos Shortz Film Fest continues to bring innovative program ideas that inspire and educate. Our films comprise cutting edge provocative themes that create responses and awareness to our community that can change social views and consciousness. This was how we started, and this is how we end; from seed to Fare-Thee-Well. 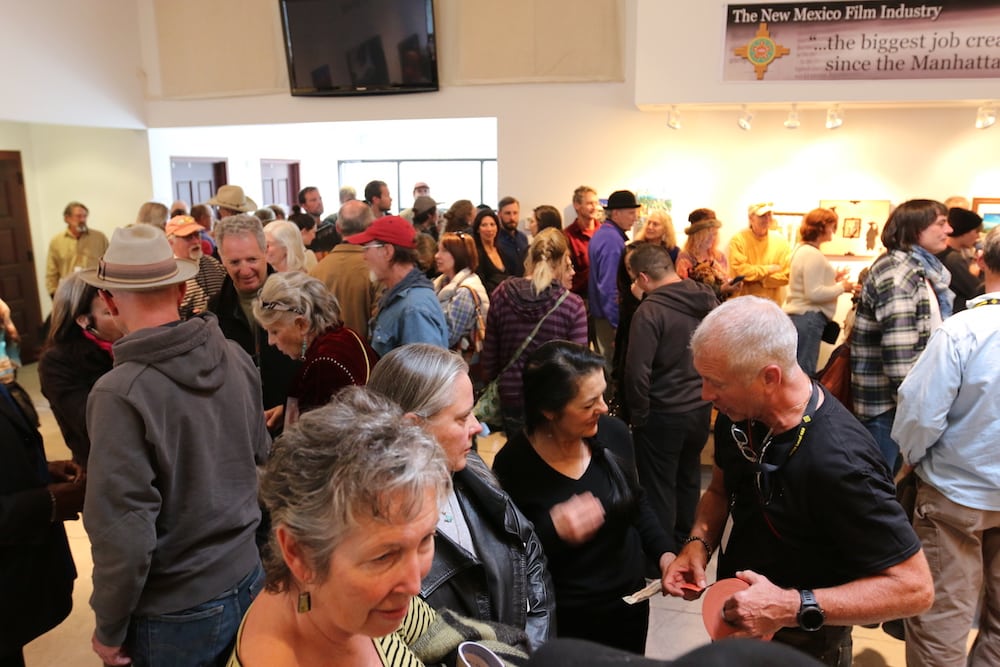 2. Ten years and Fare-thee-Well? Why resolve the annual event now?

As you can imagine, this festival is a lot of work, from when we open submissions in June, to closing submissions in December. Weeding through and watching the 1,000 film submissions this year, organizing the program, corresponding with accepted filmmakers, acquiring the high quality format of the film (Tizz), designing and printing the program, and logistics for the actual fest takes about 8 months.

Basically, after our 10 year high, we want our lives back. Pure and simple. Both Tizz and I are creative people. Taos Shortz lends itself to a certain creativity, but we are both much more than that. For me, I would like to travel again. I’ve been to over 22 countries. This last Fare-Thee-Well is a chance to revive personal urges; I wish to experience cultural stories again in person, not secondhand.

3. What are you most excited about for this year’s Fest?

As always, we are over the moon to bring you thought provoking global stories. There will be over 100 films throughout the 4 day festival. We have stories from United Arab Emirates, Turkey, Iraq, Iran, India, Slovenia… to name just a few. We have attending filmmakers once again. [I’m] super excited about some from Italy screening their world premiere. At our festival, filmmakers and festival goers get to be surrounded by an intimate environment that cultivates discussions and sometimes challenges people to think and talk about disturbing subjects. We love that about Taos Shortz. It is needed in these changing times.

Just as exciting is a Native American Showcase. There are over 6 tribes and their stories represented in this program, and 4 visiting filmmakers.

And we take a trip down memory lane with 2 separate programs. Throughout our 10 years we have SO many great films in our archives. The T & A Round Up is a collection of Tizz’s and my favorites. Some festival goers may remember these films, some may be seeing them for the first time, but boy, it’s a program not to be missed.

The Diez Anos Retrospective is a more formal program. We have selected a film from each year that has either won one of our awards, or has been nominated for an Academy Award. Our Taos local filmmakers, Aaron Shiver and writer Allegra Huston, will be honored with the screening of their short “Good Luck Mr Gorski.”

Speaking of Academy Awards, the past four Taos Shortz festivals have screened short films that have gone on to be nominated for Academy Awards. Just this past Oscar Ceremony, the short narrative “Sing” won the Award. It had its North American premiere last year at Taos Shortz. We are extremely proud of that. 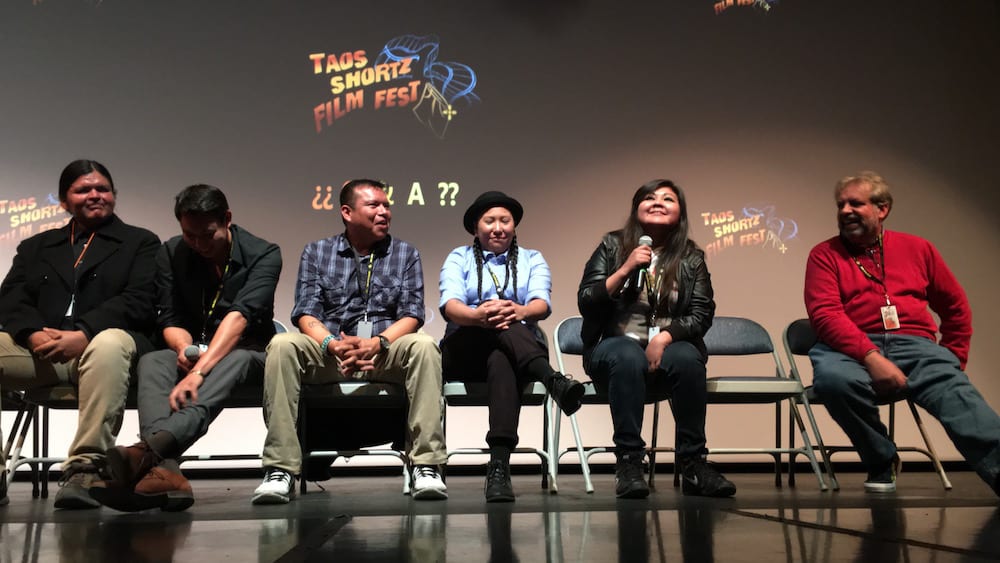 4. And finally, why short films?

Ha! In the beginning we were under the impression that a shortz film fest would be easier to produce than a feature film festival. Dead wrong.

Actually, in our opinion, a great short film is harder to make than a feature. Imagine setting up a strong story line in the matter of 2 minutes, developing it, and pulling it though to conclusion in under 28 minutes. Character development, precise camera angles, editing, storyline—not a moment of un-needed footage. I can tell you what I have learned from all this. I can tell a great short from a mediocre one in that first 2 minutes. Whew.

the tenth annual taos shortz film fest will be held this week march 30th – april 2nd at the tca. this is most surely a once-in-a-lifetime opportunity. don’t miss it, you’ll be glad you didn’t!