Taos Improv Comedy Brought To You By Taos High School

Adam Overley-Black has been at the helm of the Taos High Drama Program since 2013. He’s one man in a sea of very talented students. They put on three shows a year and participate in “Thescon” (a theatre geek conference held in Denver every year). All of these theatre ventures require hard work, blood, sweat, copious amounts of tears, an unhealthy caffeine habit and MONEY! And, before you decide to click over to some other page that’s not trying to swindle you out of your hard earned $5- hang on a second. Do it for the children, would ya?

All kidding aside, the Taos High Drama Program fundraises their butts off every year to support their theatre habit and keep it going into the next season. This year Overley-Black put together a student advisory council and tasked them with brainstorming about ways to raise funds and use their talent at the same time. Et Voilà! They came up with the Comedy Improv Showcase, and a night of hilarious theatre and fundraising was born. I asked Adam a couple of questions about what we can expect from the evening’s festivities. And, if you’re not quite sure what Improv Comedy is, perhaps, because you live under a rock or just hate smiling — I’ll cover that for you too. 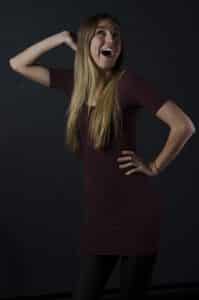 Improv Comedy is when a troupe of actors get together, and spontaneously create theater off the cuff. No rehearsal, no discussion, just pure raw live theatre spawned before your very eyes. Now, if you’re worried that there’s no way this could be true and it’s somehow a premeditated hoax, a lot of Improv troops will take suggestions from the audience they could never have imagined in their wildest dreams just to prove you wrong.

The format for the Taos High Drama Program’s evening will follow the lines of a comedy sports format. Adam says this is used in quite a few shows. The idea “pits two teams of four against each other performing scenes. The audience picks their favorite scenes and the teams are awarded points. It’s pretty light hearted, the ‘competition’ format is mostly to engage the audience,” says Overley-Black.

When I asked him how long the students have been practicing Improv — yes practicing is allowed, just no repeats — he told me that it varies. Adam’s class has novice students in their first year of drama mixed with seniors who have been in his class since the beginning. Fun fact: Adam himself started learning the form of Improv when he was just a young’un in high school himself and went on to form an Improv Comedy troupe in college. So, you can rest assured he knows his stuff and his students do too! 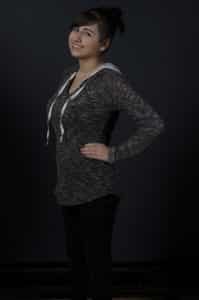 Each night will be a totally different mixed bag of amazing talent. Make sure to catch them both!

I asked Adam what was his favorite part about Improv as an art form. I leave you with his sage words. “Theatre is generally diligently rehearsed over a period of weeks or months before it is performed. This helps to perfect a performance and gain a deeper understanding of the text. Unfortunately, sometimes this keeps us from being in the moment. Improv serves to remind us of the value of spontaneous creativity. It also really pushes students to collaborate with each other to create something larger than their individual performances. During an improv game, everyone is going out there without a script or a plan and walking a tightrope together. They learn to trust their fellow performers to catch them when they fall (metaphorically).” Of course!