Plus referee Patrick Western, and this chick from Albuquerque who showed me how to Taco.

Ah, Roller Derby: taking something as seemingly-benign and formerly-associated-with-milkshake-toting-carhops as rollerskating, and turning it into a badass contact sport for women (well, there are some male teams, but it’s really a lady-dominated sport, which is a pretty refreshing concept). Modern roller derby is well-known for its punny team names (i.e. Duke City’s Juggernaughties) and quirky-aggressive player aliases (i.e. Susan B. Agony), but above all it’s a sport filled with incredibly athletic, competitive, fun-loving women.

Our local team, The Taos Whiplashes, have been taking it to the track for several years now. Despite the mouthguards and helmets and kneepads and biceps and intimidating poses, the Taos Derby ladies are really super nice — and they clearly have a fantastic time skating together.

The Whiplashes practice every Sunday 11 – 1 and Wednesday 6 – 8 at the Taos Youth and Family Center. If derby seems like the sport for you, that’s good news, because they welcome interested new players to every practice. They’ve got all the gear you need, and they’re happy to train Derby newbies. Find them on facebook to connect!

Below, the current Whiplashes submit themselves to LiveTaos questioning: 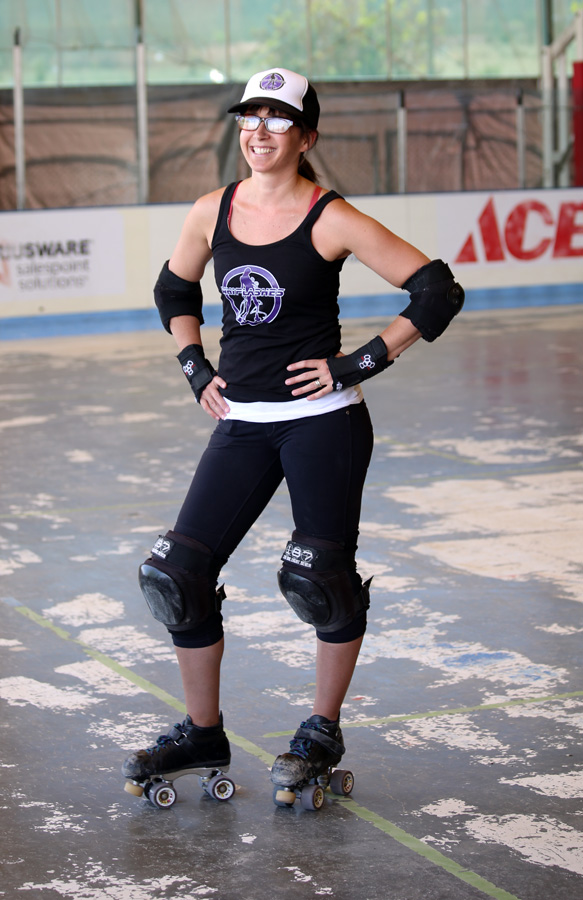 1. Define roller derby in 5 words or fewer. Best Sport Ever

5. Tom Cruise or Richard Gere?  Neither! But Gere if I had to. 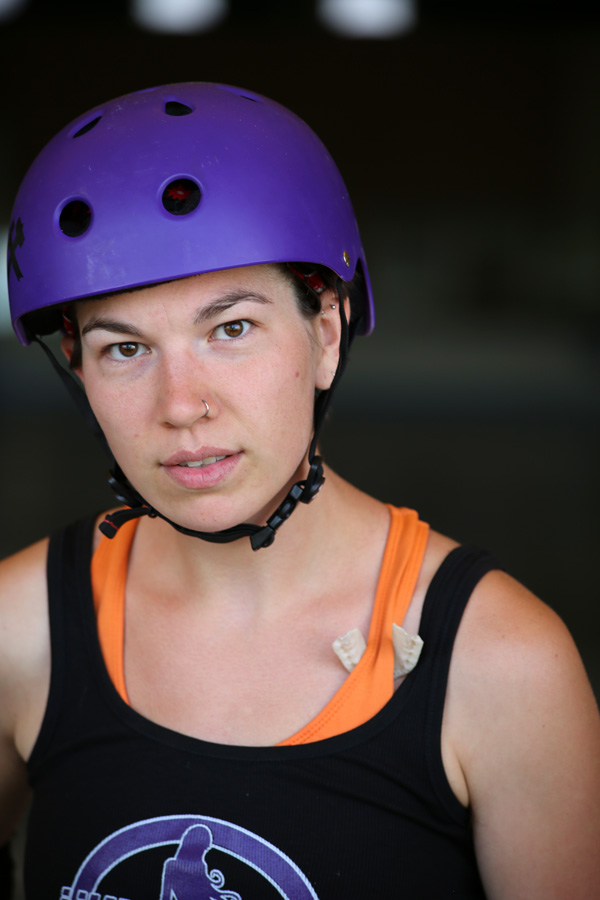 4. Coolest opponent: The most fun bout that I’ve played in would probably be while I was on my first roller derby team in West Virginia (the Chemical Valley Roller Girls) when we played the Ohio Valley Roller Girls. It was pretty epic and we wound up winning by 2 points! Shewwweeeee! The coolest team is always a team that plays clean and has a good attitude. 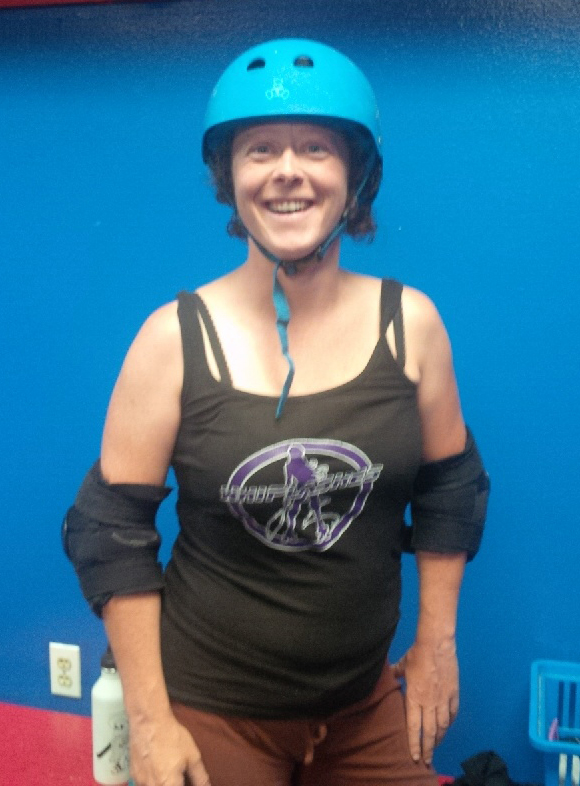 4. Coolest opponent: We have played a lot of cool teams but my favorite was against Alamogordo, mostly because we won but also because they worked well as a team and had a lot of positive energy.

5. Tom Cruise or Richard Gere? This is a tough one but I am going to have to choose Tom Cruise because I think that even gerbils have rights. 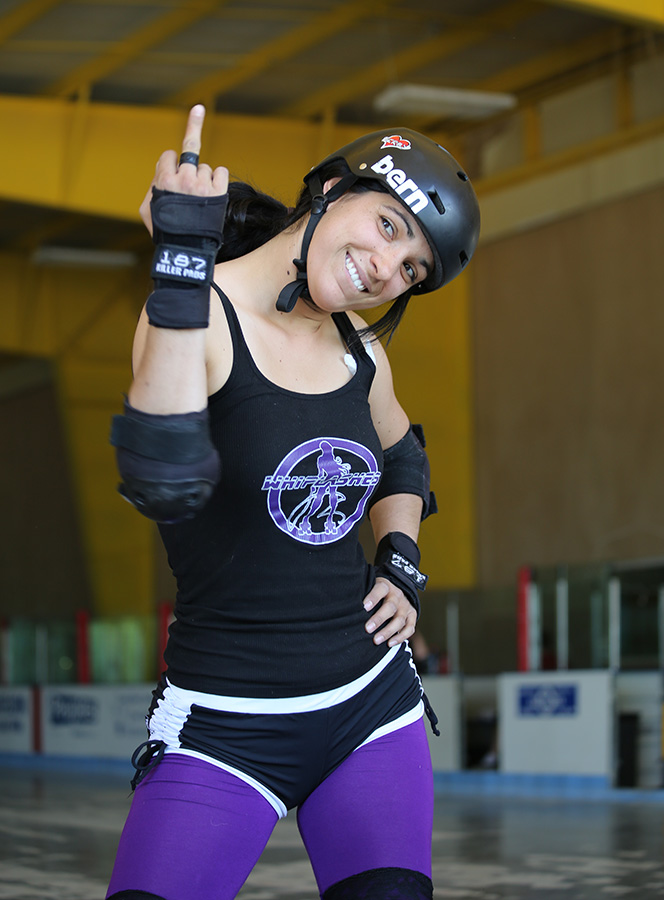 1. Define roller derby in 5 words or fewer: The answer to everything!

4. Coolest opponent: Femme Fatals fron Killeen, TX. We kicked their asses but they had such spirit!

5. Tom Cruise or Richard Gere? Richard Gere! In the right light, he could almost be sexy! 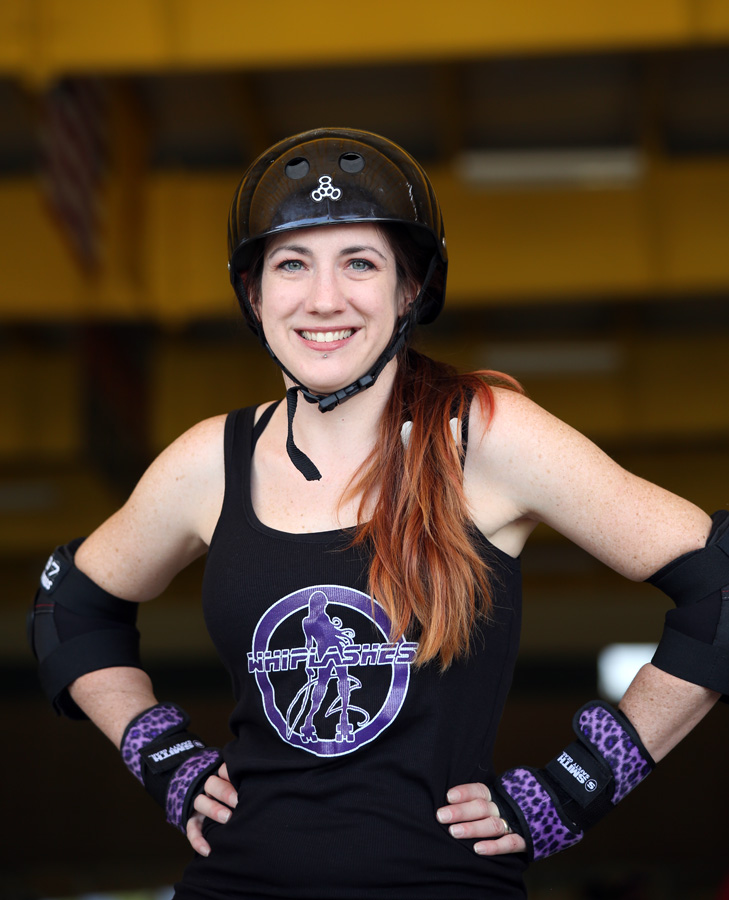 Misty Bruce
Derby Name: I haven’t chosen one yet!

4. Coolest opponent: I haven’t bouted yet, but hopefully, Denver’s South Side Derby Dames on August 16 will be my first!

5. Tom Cruise or Richard Gere? Cruise is one of the highest paid actors of all time, Gere hasn’t been in anything good in years.

2. Superpower: Always being in front of the camera whenever I do anything embarrassing

4. Coolest opponent: I haven’t played a team, I am a referee. 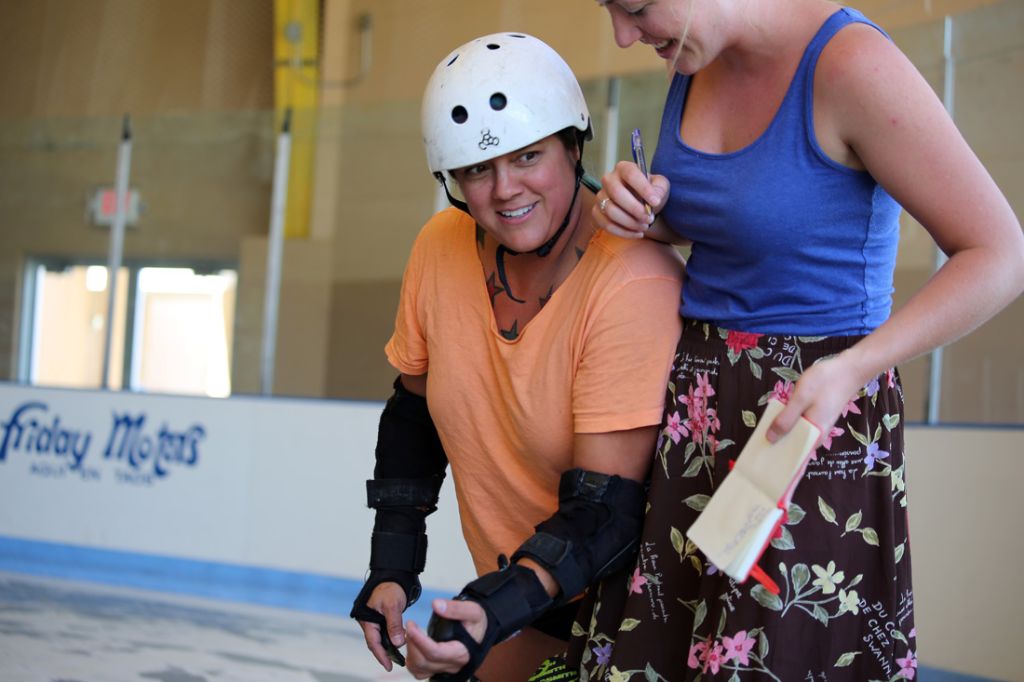 Angela doesn’t play for the Whiplashes, but she was in Taos  practicing with our girls at the rink the day we dropped by, so we bothered her, too.

I asked what her signature move is, and she promptly demonstrated the “Taco” (left), wherein she firmly pinned your underprepared LiveTaos editor between her shoulder and her hip. (Next time maybe she’ll buy me a drink first.)