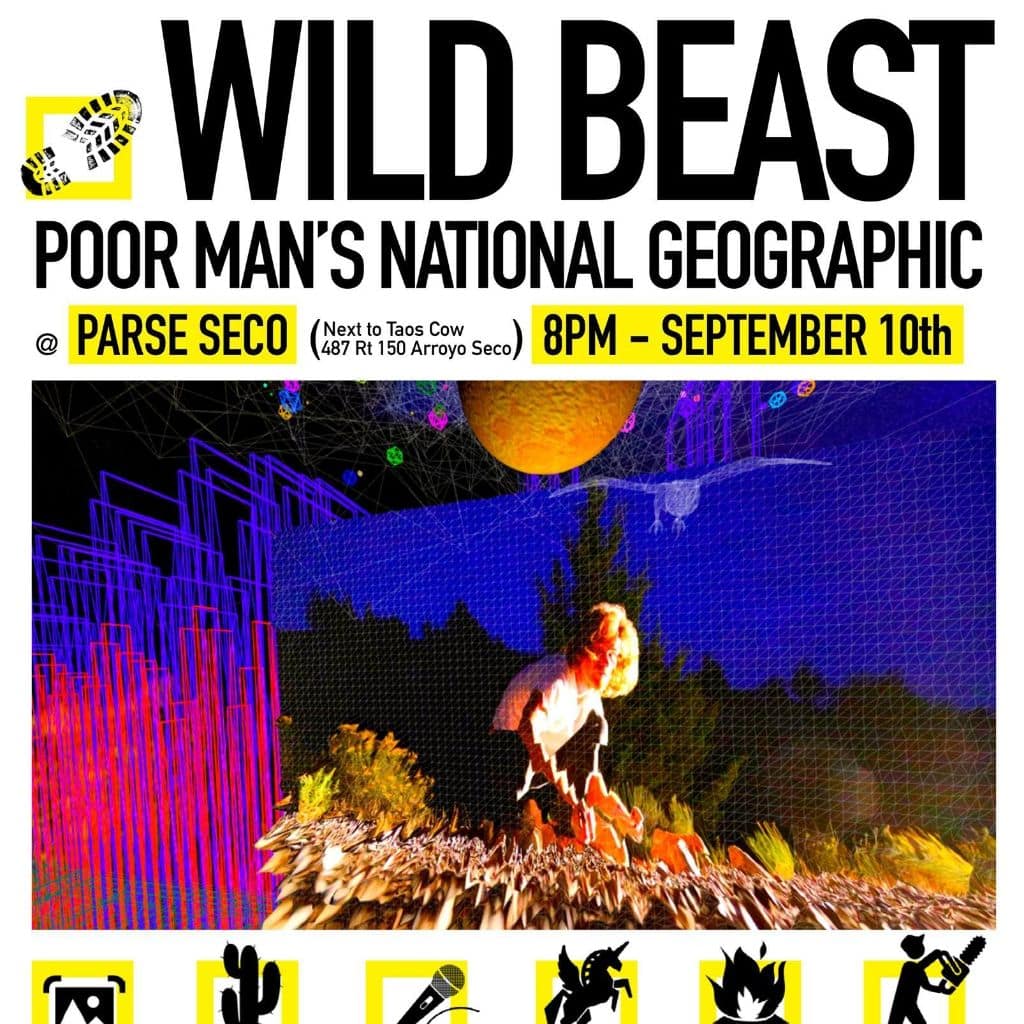 If you’ve driven through Seco in the last three months, then you’ve driven by Parse. Sandwiched between Abe’s and Taos Cow, Parse is a new little gallery that opened in August at the hands of Christian Friesing, CeCe Cuff and a handful of notable others. Mainly, Ricardo Barba—one of the founders of the original Parse gallery, Parse Nola—who flew out to help with the initial founding. And Eric Cade Schoenborn and Nancy Trevino, who pitched in to create Parse Seco’s internet presence. Eric is also a contributing artist in Wild Beast: Poor Man’s National Geographic, currently showing. Since opening, Parse has hosted a variety of gallery installations, and local as well as touring bands. The response has been persistent and sincere.

It’s 9:00 p.m. on a Thursday night. Miss Cuff, owner of the space and writer of the pending 501c3 title application, is out of town. Christian Friesing, gallery remodeler, operations manager, and newest member of local band Mirror Travel, is the man with the answers. Patient, dogged, and bashful answers, in which he—to the bewilderment of this angler—refused to either sell or defend Parse Seco.

When I asked Christian how he would explain Parse Seco to the general public, he asked “On the record or off?” For the gratification of the reader I’m pleased to present both. On the record: “Parse Seco is an experimental creative space that provides a unique platform for artists, musicians and creators to present authentic experiences.” Off the record: “It’s just a community space.”

That “just” is, for me, what sets Parse apart from Taos’s rotating barrage of art galleries. Not that “just” signals any lack of ability or scope. With plans to establish a residency program, pair with Shed Dinner Project, start a tape label and partner with Dream Tree to teach music recording classes at Christian’s in-house recording studio, the future of Parse is far from certain, and even further from small. Rather, that “just” indicates an aim and an attitude that is simple, even humble. Parse is not a place to buy things, or a place to see and be seen; it’s a gift. Every show and every gallery viewing is free. It’s a place you can go to see something new. It’s a place to look for reasons not to leave Taos.

Parse currently sustains itself through renting out the back rooms, the generosity of the artists who show and perform, and the unfaltering love that CeCe and Christian give to it. I asked Christian what he would say to people who predict Parse will fail. And when you run across a project like Parse—altruistic, with a community focus and tight belt—there is a strange tendency to condemn it. To point out the logistical short comings, to say “nice idea” or even give it distracted lip service as a means of circumventing any real engagement. “I’d say it can’t fail,” he replied. And I’m inclined to agree. You can’t call Parse’s bet because it doesn’t share the stakes that others imbue it with. If you think it’s going to fail, you’ve already missed the point. 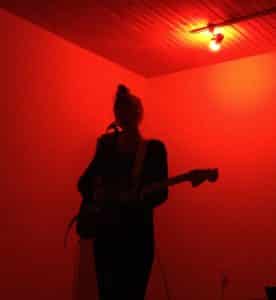 It’s 8:30 on Tuesday night. The door of day has just slammed shut and the doors to Parse Seco gently open on that same cold breeze. A seemingly random cross-section of docile locals appear as if summoned for some weird test. They look like gasoline and smell like palo santo—a Taos convenience store audience. One red light bulb lights the stage for desert troubadour Julia Lucille. Home is a memory, and a forgotten one at that. And there’s nowhere I’d rather be, but all the same, I’m not exactly sure how I got here…