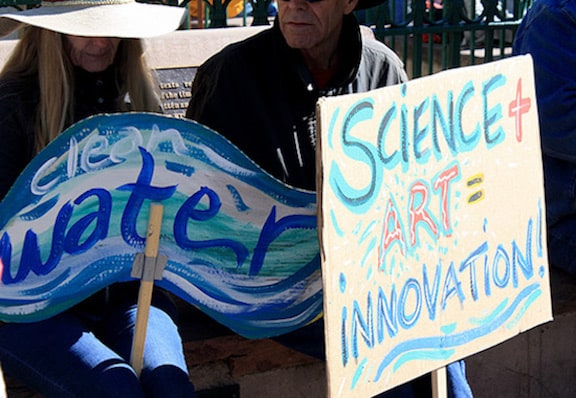 When the Women’s March happened globally on January 21st, there was one held in neighboring Santa Fe, and it seemed like everybody in Taos was going. The event on Facebook showed twenty-four of my friends as “going,” I heard of carpools meeting at two different locations in town, and my newsfeed was flooded with snapshots of people making signs in the days leading up to it.

But prior to the Science March on April 22nd, it seemed like nobody from Taos was going. My newsfeed was silent: no pics of signs, nobody from Taos marked as “going” on the Facebook event, and no carpools, despite my asking around on my own page and a few others. The word that popped into my mind was “crickets.” To tell you the truth, I wasn’t that surprised. The Women’s March happened immediately after the inauguration, with everyone still reeling from the shock of it, and everyone feeling desperate to make their voices heard. As time has gone on, a new reality has settled in—one that shows we are getting somewhat numbed to the way things are. Not to say there isn’t still action being taken, but it’s definitely somewhat subdued. 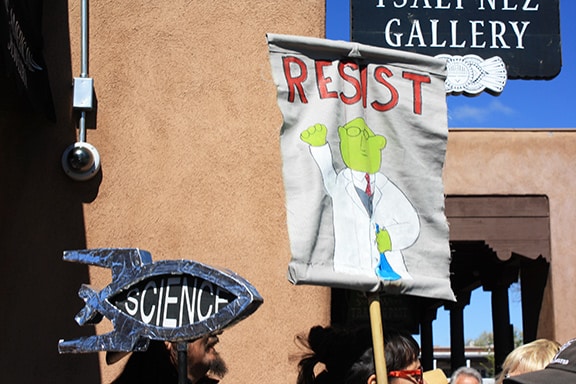 Or perhaps it’s that people see feminism as more urgent—that our so-called president’s actions against women need more vocal support than his actions against the mother of us all: the earth. I’m not sure what the reason is, but I couldn’t help feeling a bit disappointed that it seemed people just didn’t care about this one. 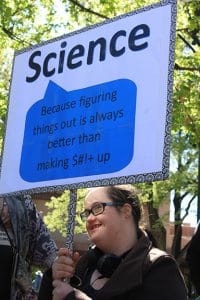 I feared that when I arrived in Santa Fe, it would be less of a march and more of a mini-rally, given the lack of response I had seen online. I did not attend the Women’s March, and so I have nothing to compare it to, but I was pleasantly surprised by the turnout. It probably was a smaller crowd, but it seemed a respectable size to me. There was a decidedly cheerful vibe; people were smiling and laughing, taking photos on their cell phones, and generally having a good time.

The Science March was presented as nothing more than a politically-neutral, pro-science event. But many of us can’t help but feel this is our chance to take direct aim at those we feel are decidedly anti-science. Their actions affect us directly and it is our right to speak up about it. My takeaway is that people are still showing up; still making their voices heard. Whether it’s through marches on the ground, or more direct action like writing letters and making phone calls, we still show up. But the most important thing anyone can do besides calling, besides marching, besides posting on social media is: VOTE. Remember that next time there is an election, local or national. VOTE. That’s when I do expect you to show up. 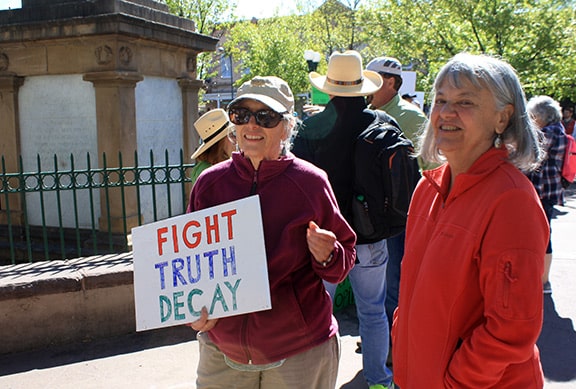