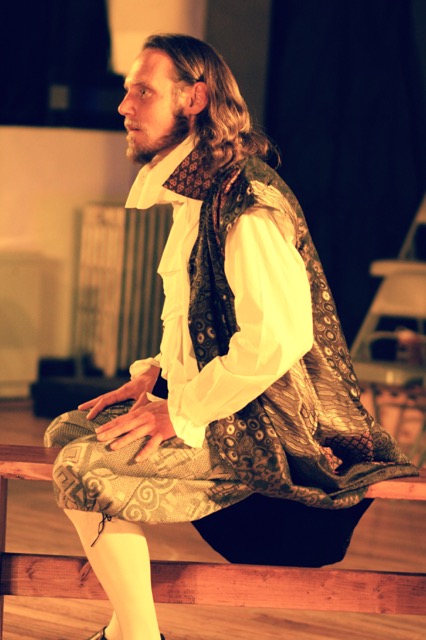 Justin Janowick is the Bard himself

Taking place upstairs in the Mural Room at the Old County Courthouse, the show runs October 29th, 30th, and 31st, and November 5th, 6th, and 7th, each night starting at 7pm.

Director Gina Gargone and her magnificent cast bring Taos a true and accurate account of the 1599 zombie plague at the Globe Theatre. This wonderfully witty play gives the audience a lovely taste of the Elizabethan era of Shakespeare’s work, complete with the playwright himself and his crew learning how to fight off a horde of zombies.

“It’s just an all around good time — Shakespeare and zombies — how could we not do it?” says Gargone. “When the five of us on the artistic core first sat down and read the script aloud we were in a constant flux of giggle and gaffaw. It stroked the Shakespeare nerd in us big time and also held on tight to our morbid interest in the undead.”

After indulging in a sneak preview of the dress rehearsal, I was able to gain an insight into how each cast member became their given character — an insight giving much promise to a spectacular run. Every actor was so enveloped in their characters, one can almost say they are possessed by the very souls of William Shakespeare, Francis Bacon, and Queen Elizabeth. 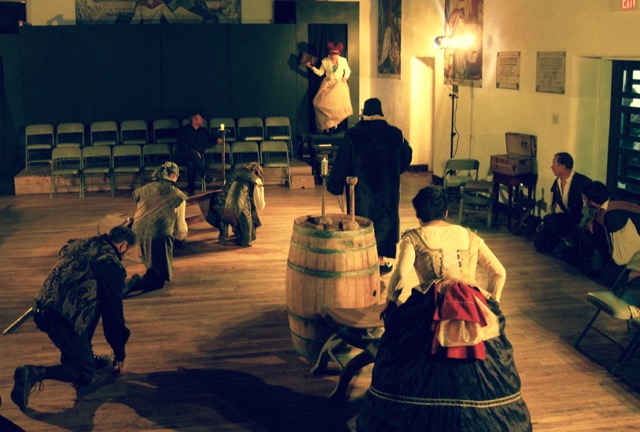 Completely draped in authentic, time-fashioned costuming, minimal yet quite effective set design, and intimate amber lighting, the Old County Courthouse has been transformed in such a way, the mind may trick you into believing the time is 1599 — with the impending doom of zombies awaiting.

“Black comedy is fascinating because you’re never quite sure why you’re laughing — is it because it’s funny or because it’s so uncomfortably not funny? — and you can’t figure out anything else to do, but laugh,” Gargone adds. 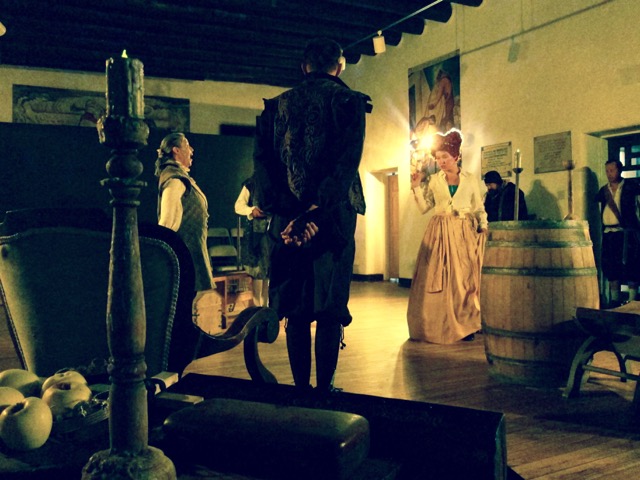 Gina Gargone has done a brilliant job with her cast in brewing the rich magic of Shakespearean Theatre, perfectly set for Halloween/Día de los Muertos time. If you are on the hunt for a bit of dark comedic and bewitching theatrical alchemy, join the Teatro Serpiente cast and crew for William Shakespeare’s Land of the Dead, and prepare for a zombie invasion of the literary kind.

TEATRO SERPIENTE PRESENTS
William Shakespeare’s Land of the Dead
October 29, 30, 31 and November 5, 6, 7 at 7pm
In the MUral Room at the Old County Courthouse
Tickets and more information at teatroserpiente.com