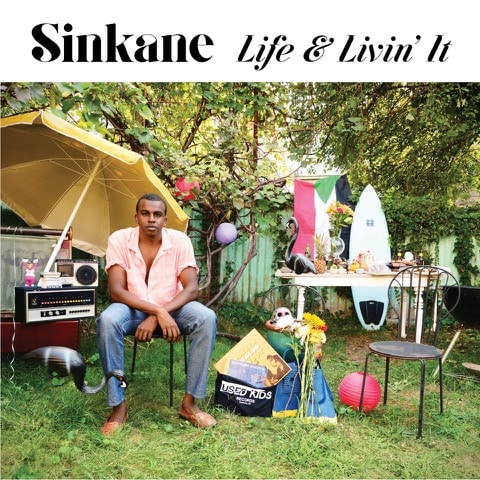 Sinkane’s Mean Love, the band’s third album, was one of my Top 10 albums of 2014 and band leader Ahmed Gallab — a Sudanese singer/songwriter who fled with his family to the U.S. when he was 6 — has no doubt been busy during the time since that album was released. Perhaps Gallab’s most visible project between albums was his work as band leader for The Atomic Band, a touring act that performed the music of almost forgotten Nigerian electro-funk musician William Onyeabor.

That band included folks like David Byrne and Damon Albarn and members of Hot Chip, LCD Soundsystem and The Rapture, as well as jazz legends like Pharaoh Sanders and Charles Lloyd.

Perhaps due to touring the world with some of its greatest musicians, Gallab brought some extra energy back to the studio for Sinkane’s Life & Livin’ It, an album that feels universally celebratory; a challenging feat in these polarizing times. 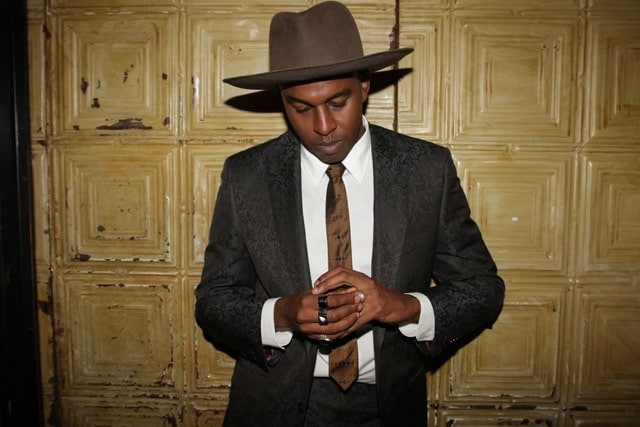 On Life & Livin’ It, Sinkane continues to deliver a mashup of influences, including music from Onyeabor’s home country as well as other sub-Saharan locales. But Gallab and company also draw from Motown, reggae and Sly and Family Stone as much as they do Afrobeat.

Bossa nova is also an ingredient in the Sinkane stew, and Gallab’s stints playing drums with popular U.S. indie acts like Eleanor Friedberger, Caribou, Of Montreal, Born Ruffians and Yeasayer keeps this music relative for the Pitchfork crowd.

This is a remarkably consistent album in terms of quality from song-to-song, but some of the highlights include “U’Huh,” “Favorite Song,” “Telephone” and “Theme From Life & Livin’ It.” The latter features drummer Jason Trammell’s smooth, deep vocals.

Gallab’s own voice moves from calm and reassuring at mid-register to wavy and ethereal on the high end. He immediately explores his entire range on the soulful album opener “Deadweight.”

And while some of the lyrical content goes deep (two tracks include phrases in Gallab’s native Arabic), this album is mostly about how great the effortless combination of rhythm and melody can still make you feel. 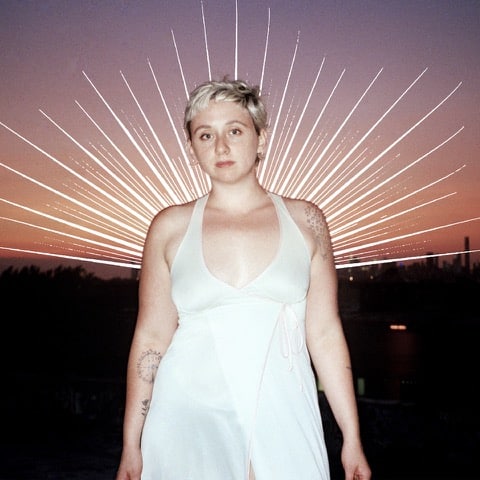 Tourist in This Town

To the casual reader of this column, it might seem like there is a lingering fascination with heartbreak, or that this author is a sad man wallowing in darkness. But really, I am an optimistic person. Ask anyone!

However, I do adhere to a core principle that there cannot be happiness without sadness, and I also think that lyrics are a lot more interesting when the writer is experiencing some turmoil, and that people in general are a lot more “real” in times of grief and personal crisis.

So, like a lot of albums I’ve reviewed over the last few years, Tourist in This Town is a breakup record. But, like a lot of those other albums, most recently Dead Man Winter’s Furnace, which I wrote about a few weeks ago, the music on Tourist in This Town betrays the sense of heartbreak. While Dead Man Winter’s Dave Simonett relied on the straight-ahead joys of midwestern roots rock to disguise his innermost turmoil, here we find Crutchfield employing sun-dazzled West Coast indie pop, a mix of synthesizers and some Philadelphia crunch courtesy good old-fashioned guitars. 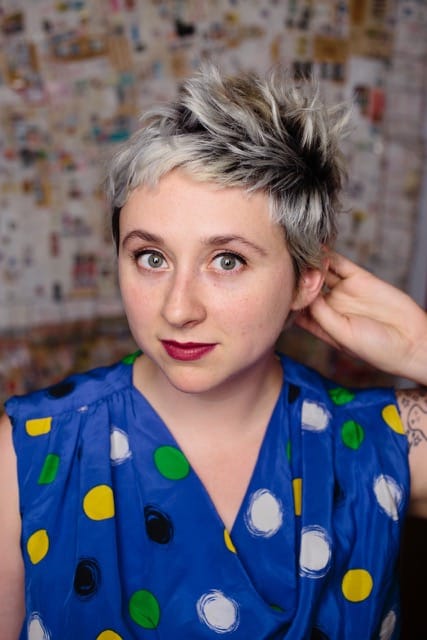 In addition to songs about broken hearts, I’m also a fan of songs about place, and Tourist in This Town manages to combine the two schemes quite effectively, as the antagonist of most of the songs seems to be trying to “fight the creeping sense of dread with temporal things,” to quote fellow heartbroken traveler John Darnielle of The Mountain Goats (“The Mess Inside,” All Hail West Texas, 2002).

Of course, it’s worth mentioning that Allison Crutchfield is the twin sister of Katie Crutchfield of the band Waxahatchee. Their voices are similar enough that Katie is a great choice to sing harmony vocals on several songs on the album, but their approaches are unique enough to reveal each sister’s personality and style as completely different.

Tourist in This Town is a great debut for Crutchfield and she’ll be another member of the Philadelphia music scene to keep an eye out for if she continues to write songs as good as “Broad Daylight,” “I Don’t Ever Want to Leave California,” and “Secret Lives and Deaths.”

Live in Paris by Sleater-Kinney (Sub Pop) — Great live set from one of our favorite rock bands.

Not Even Happiness by Julie Byrne (Ba Da Bing!) — A lovely set of tunes from New York-based singer/songwriter.