Joseph Kesserling’s play first appeared on Broadway in 1944, followed by Frank Capra’s film version the same year. A dark comedy set in 1941 in which two elderly sisters lure aging men into their Brooklyn apartment and serve “cocktails” while their three nephews alternately hide bodies, cover up the evidence, and attempt to expose the aunts to the police, Arsenic and Old Lace is a play equipped with the clean style and quick wit characteristic of theatre from that era.

Under the direction of Adam Overly-Black, drama teacher at THS, the Taos High players deliver a delightful performance that simultaneously fashions sweet exteriors against creepy undercurrents, charming grannies against calculating villains. Many of the same actors who presented last year’s The Crucible at the Little Theatre in October, and this year’s Willy Wonka at Taos Community Auditorium in March, have taken the stage again alongside several new students for this fall’s production.

Because every year increasing numbers of students register for Overly-Black’s classes he now creates two completely different casts, with each cast playing three shows of the entire run. The Little Theatre seats about ninety people and resembles more of a Black Box than an auditorium — Taos High School doesn’t have the resources for an elaborate theatre, and consequently the set, costumes, and lighting are all quite simple. And so, as Adam Overly-Black explains, “It has to be about the play.” But the result is that the intimacy of the theatre is lovely and real.

In true Taos form,  his students appear undaunted within a minimalist stage; rather, they fill the space. Isaiah Casias’ conscientious and devoted Mortimer Brewster covers the stage with bumbled speed as he attempts to fathom the shifting placement of bodies and dive deeper into lies to protect his aunts. Dylan Cox plays the delusional Teddy while Drake Bjorkman delivers the aspirant German doctor. Cora Gardner plays Aunt Martha alongside Athena Dunleavy who twinkles gently as Aunt Abby, a frail dame who will not be bullied by the menacing Jonathan Brewster, played by Eli Collignon. And that’s just one cast; the other cast is just as delightful, and hilarious, rolling the play along in solid comedy. The different interpretations make for two wonderful performances.

Tickets to the show are $8 for adults, $5 for students. All proceeds go to Taos High School Drama, who look forward to performing William Shakespeare’s A Midsummer Night’s Dream at Taos Community Auditorium in February/March of next year. 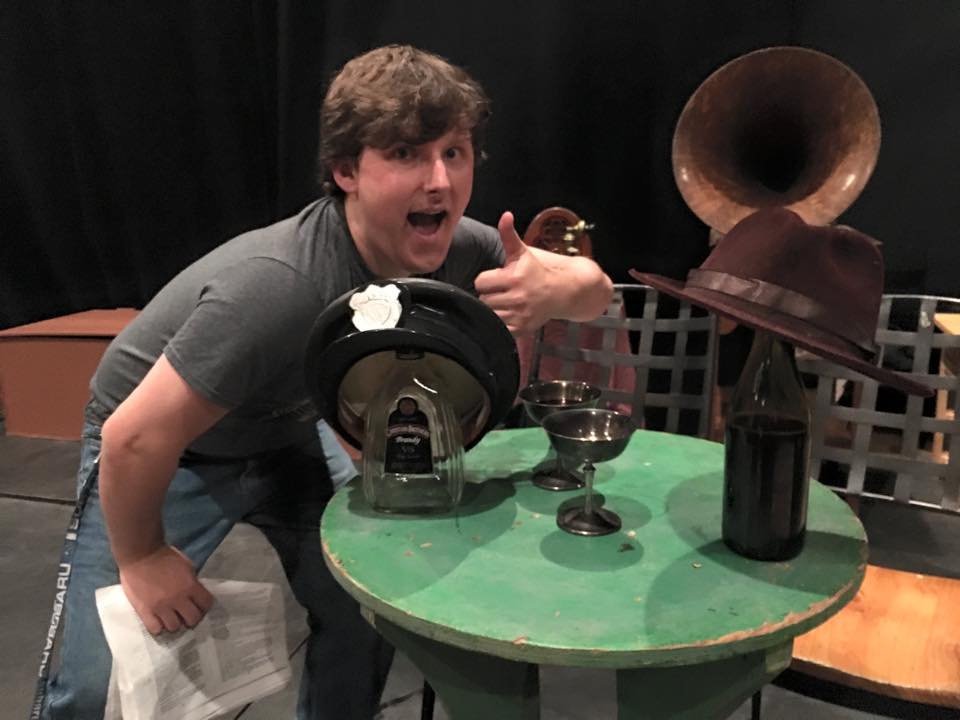 Jennifer Ammann writes whenever she can. She teaches Yoga, loves to dance, and lives with her three boys becoming men who also happen to be budding writers, actors, musicians, and dancers.