Guerrilla warfare is a form of irregular warfare in which a small group of combatants such as armed civilians or irregulars use military tactics including ambushes, sabotage, raids, petty warfare, hit-and-run tactics, and mobility to fight a larger and less-mobile traditional military.

Gorilla Theater is a form of irregular theater in which small groups of participants from all over Northern New Mexico employ all of the tactics related above to make theater not war on an unsuspecting audience all within the span of 32 hours. 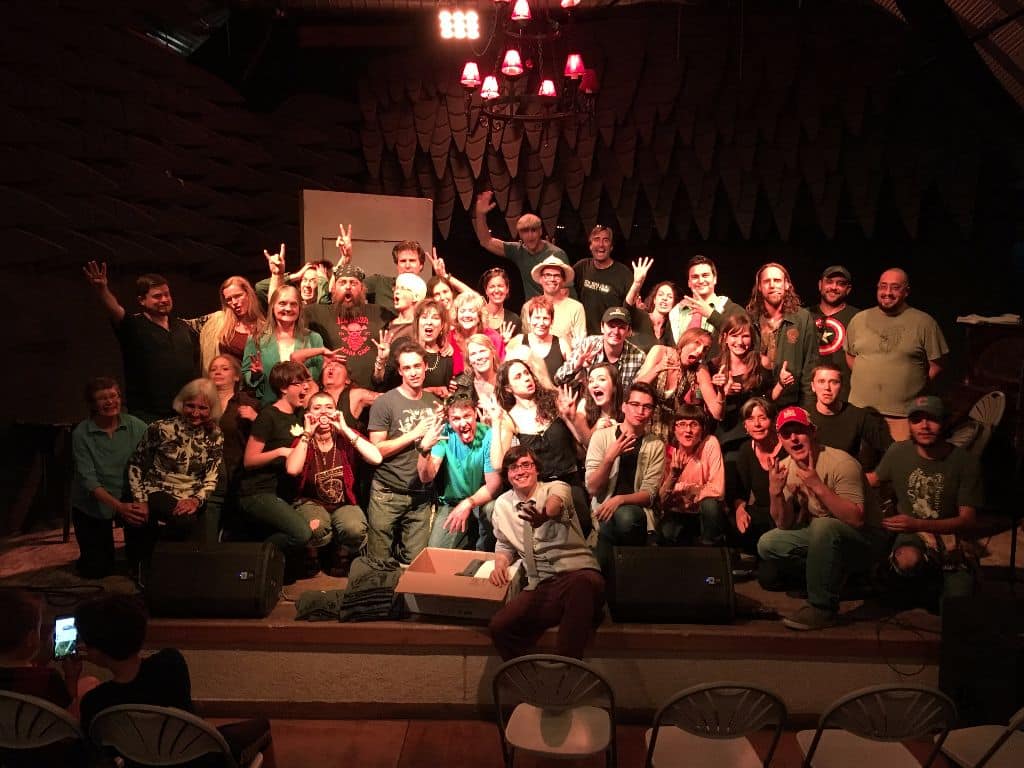 Here’s how it all happens. For the past two weeks we’ve been actively recruiting our friends, colleagues, comrades in arms, strangers we see on the street that happen to have a twinkle of mischief in their eye, to write and/or act in this down and dirty theatrical undertaking. We know they’re busy, who isn’t? So, we sell them on the fact that it’s only one day of their lives. We encourage them with the knowledge that in order for this show to be a success we need their unique talents as a human being. We prey on their unbridled desire to claim their 15 minutes of fame in front of their friends and family and finally get their ass on stage. And if all of this cajoling and pleading still falls short we hit them with the undisputable fact that there will be delicious beer.

When that’s all said and done we usually assemble a motley enthusiastic band of 30+ individuals from the community ranging between ages 14-70 from all different walks of life that are crazy enough to live our dream of writing and acting original theater solely because we can.

Friday morning May 26th, the clock starts ticking!  The dedicated souls who signed up to write recieve a theme and one prop. Thrown to the wolves or sent on their merry way depending on whether you’re a glass half full or glass half empty kind of person, the writers then have 24 hours to produce either a short flash play between 3-5 minutes in length or for a lucky select few (again glass half full) a short one act between 8-10 minutes in length. Stage One complete.

Stage Two: theater madness ensues. Saturday morning May 27th, the adrenaline junkies of the art world assemble at Taos Mesa Brewing to brave sun, wind, and a full day of frantic memorizing to receive their scripts. They have 8 hours to turn the writers’ 24 hour opuses into something stage worthy.

Stage Three: showtime. 7 p.m. on Saturday May 27th you, the willing victim of our theater maelstrom, arrive at Taos Mesa Brewing, settle in with a frosty beer, and witness some seriously raw untamed theater.

And maybe you’re asking so what? What’s the big deal, what’s the point? Unfortunately the reality of our answer can only be conveyed through Vulcan mind-meld as it’s a melody of colors, whispered scents of emotion, soul stirring poetry and puppies. But here’s a stab at it — theater is a conversation where there’s an unspoken agreement to listen. Audience and actors both suspend their disbelief and immerse themselves in a reality outside of themselves to talk about what it means to be human. Distilling that experience into 32 hours leaves no time for doubts or polished arguments about ossified opinion. It does however offer an opportunity to find out what lies beneath. Interested? Doors open at 6 p.m. Cover $10. Theater, mayhem, good food and beer! See you there. 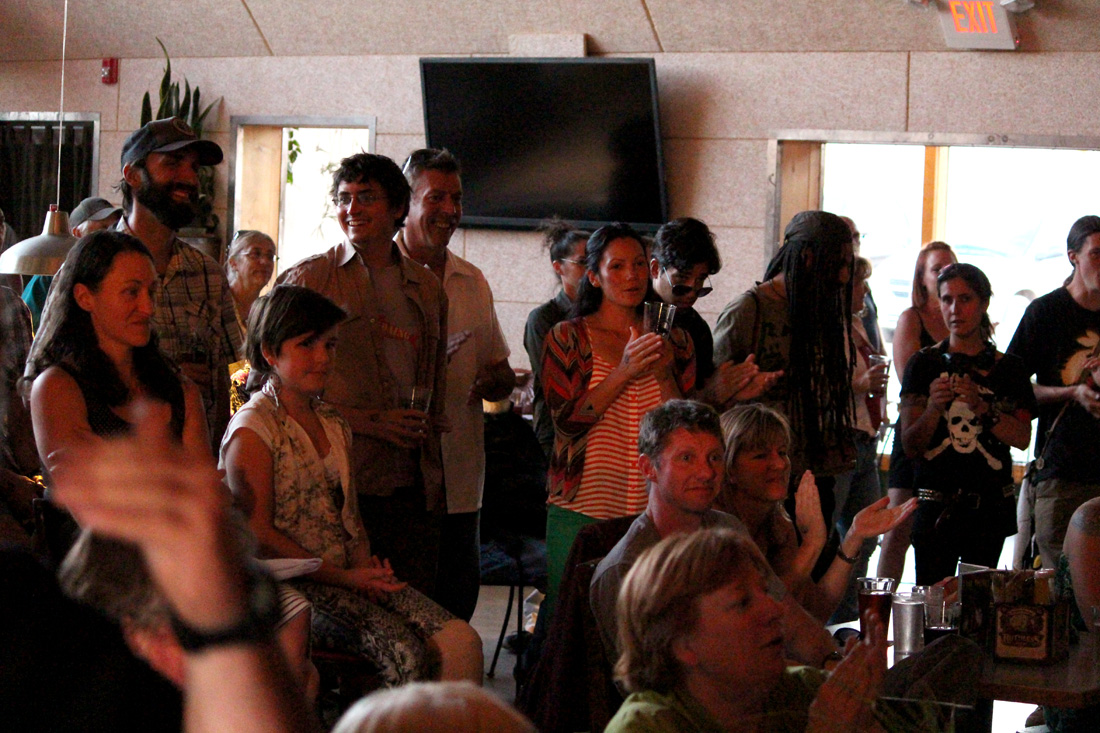 Friends, family and the community having a great time at Gorilla Theater 2014