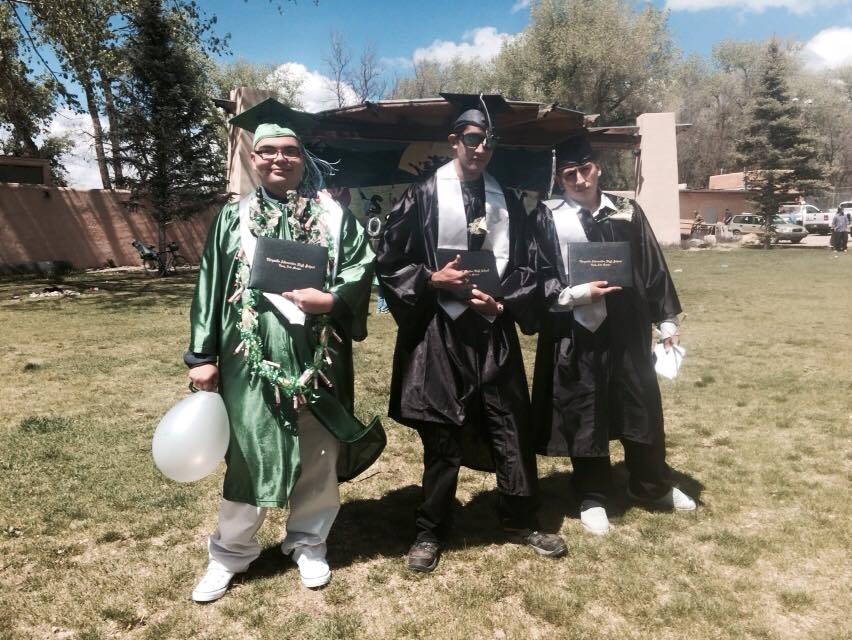 My name is David Costanza & I teach Shakespeare at the Chrysalis Alternative School. We study Shakespeare’s play Romeo & Juliet. Everyone knows the story, or at least thinks they do: Romeo & Juliet see each other at a party, it’s “love-at-first-sight,” they exchange love-verses on a balcony, & then they kiss…sweet! & at the end of the play they kill themselves. Young & foolish & too in love.

But that is not the half of it, as you & I know. Young lovers, rash & impetuous, committing suicide is really, really sad, but it is not the real tragedy of the play, because they don’t know any better. The real tragedy of the play rests with the community of adults (like us!), the powerful Montagues & Capulets who argue & fight & forget about what is actually best for the students (I mean, for Romeo & Juliet), full of old family hatreds that no one remembers how or when they started. They cannot see past their own agendas & plans & blindly push & push until in the end it is the children who  suffer. Just look at the play, Romeo & Juliet, who winds up dead? Romeo, Juliet, Mercutio, Tybalt, Paris & a bunch more youths who don’t even have names. The adults all survive to feel bad & then move on to the next argument.

Weren’t there a few points in the play where you just wanted to stand up & say:

One of the Chrysalis students literally yelled that at the screen when Romeo was about to take the poison, & I applaud her lack of decorum! 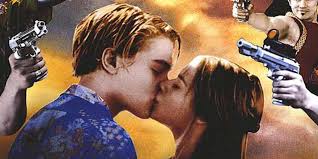 Notice all the guns? Things are getting real in their neighborhood.

Orion Cervio & I have taught William Shakespeare’s play Romeo & Juliet for 3 years running to three different classes, which means we’ve gone over this stuff a lot & we know it pretty well. Some days all we get is a little nod of the head, a “that was cool,” or a “Hey! It’s Mr. Shakespeare guy!” On really good days, though, the students notice that what really causes problems is when a character rushes in & starts firing off guns, (yes, there are guns in the version we like best, Romeo + Juliet, directed by Baz Luhrman, 1996) before they truly know what is going on. This happens over & over until we want to yell STOP!

Now, it appears to me that you & your associates (like the Montagues & Capulets), are running rough-shod over the needs & desires of the students & teachers at Chrysalis. So, let me, at this moment, humbly & politely, of course, “step o’er the bounds of modesty” & suggest or, better yet, yell, before someone gets hurt:

We, the students & teachers at Chrysalis, all agree that what is best for the school is to “leave the school where it is!”

(Now, how often in your career have you witnessed situations where ALL of the students & teachers AGREE?)

We believe that moving the school to the Taos High campus will endanger students’ lives. 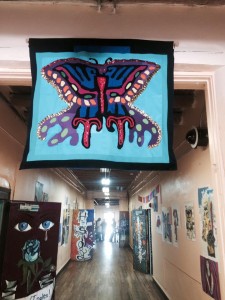 Back to the play!  An absolutely unforgettable love-story! Love & death immortalized! A SMASH HIT FOR OVER 400 YEARS!!! But, do you remember how the play ends? (Most people don’t so don’t feel bad if you don’t remember) — & a lot of modern productions just skip the ending altogether because it’s not that thrilling & there are a bunch of dead bodies on the stage & all of the famous parts are over; but it’s there at the very end of the script & it goes like this: the Montagues will erect a fancy statue of Juliet, “in pure gold!” no less!  & they do this to remember the unfortunate young lovers:

“whiles Verona by that name is known,”

Yes, the very end is a dark & disturbing bit of irony. A solid gold statue honoring destroyed youth. Maybe inscribed at the bottom could be your quote from the Taos News:

“it’s all for the students”

Powerful! I love it. It’s irony! It’s dark & depressing irony! Shakespeare’s & yours! The parents, & this is your role in our version today, say one thing, but do another & in the end it is the youth that get destroyed! Boom! & being a teacher, I know you know this, but I have to say it, the tragedy isn’t of two young lovers that were so in love that they killed themselves, no, the tragedy is that a community & especially its leaders, & I do consider you one of the leaders in our community, puts their egos & petty agendas before the interests & safety of the children. Unfortunately, when that happens, someone or a few someones die. It’s really, really sad, especially when it is the powerless & the voiceless youth.

And what is my role in this play? Some dude writing a letter & hoping for the best.

O yeah, there was a letter in Romeo & Juliet; I wonder what became of it?

PS: Good Luck on Tuesday at the meeting. 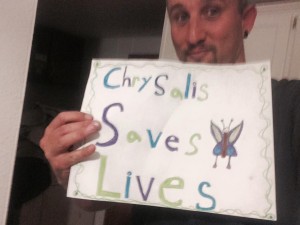 JUST WHEN YOU THOUGHT IT WAS SAFE…. DEAR COMMUNITY, THE EFFORT TO DESTROY CHRYSALIS HAS BEEN RENEWED. (IT’LL BE A TALE OF ENORMOUS MORAL COURAGE & COWARDICE WHEN I NOVELIZE IT.) THIS TIME LAST YEAR, THE FIRST HEAD ON EFFORT TO DESTROY THE SCHOOL BEGAN. I WORKED 18 HOUR DAYS 7 DAYS A WEEK DURING A TIME I SHOULD HAVE SPENT WORKING OTHER JOBS TO PAY THE MORTGAGE, PLANNING CURRICULUM & CAMPING WITH MY FAMILY. I HAVE LEARNED I CANNOT LIFT THAT WEIGHT OVER & OVER & OVER, EVEN WITH THE HELP OF A FEW AMAZING FRIENDS & ALLIES. I HAVE LEARNED DEFINITIVELY THAT A PERSON CANNOT SERVE A COMMUNITY THAT DOES NOT SUPPORT THE SERVANT’S WORK. CHRYSALIS IS NOT MY BABY, IT’S THE WORLD’S BABY & IF THE WORLD WON’T FEED IT, I HAVE TO LET IT GO. I DO HAVE ONE MORE DEEP RUN INTO THE BREECH IN ME, HOWEVER, SO IF YOU CARE ABOUT ALTERNATIVE EDUCATION & YOU HAVE READ THIS FAR INTO THIS POST (IN THE AGE OF FACEBOOK, NO LESS), THEN PLEASE HIT LIKE IF YOU ARE WILLING TO WRITE A LETTER TO DR. LILLIAN TORREZ & THE TMSD SCHOOL BOARD. PLEASE WRITE ‘YES’ IN THE COMMENT BOX IF YOU ARE WILLING TO APPEAR WITH US AT A BOARD MEETING TO LET THE POWERS THAT BE KNOW WHY WE WANT THIS HISTORIC SCHOOL TO LIVE.

Wish to learn more, or make your voice heard on the subject? Attend the Taos Municipal School Board Meeting on Tuesday at 6pm (RSVP ON FACEBOOK!) and show your support for alternative education in taos.