A few months ago I met Amit at a bar. He’d come to Taos “to see the stars,” he said. Amit lives in Berkeley, CA and is a Senior V.P. at a corporation that engineers computer chips for smartphones. He told me that as a boy in Gujarat, India he could see the stars in his hometown. Not anymore though. He can’t really see them in Berkley either. As our talk migrated to climate change, the engineer stated that “Nature will take care of herself no matter what we do,” shrugging off calls to go green, recycle, change to solar. He said that only a worldwide revolution will be able to change the fact that our economic system is based on exploiting oil and gas. I nodded and sipped my beer.

Flash forward to today. This week, September 28th – October 1st,  the Taos Environmental Film Festival comes to the TCA & SOMOS, coinciding with the second weekend of the Taos Fall Arts festivities. The films that will be screened challenge Amit’s laissez faire attitude. And, while many of us agree that it absolutely matters what we do, unless we’re living off the grid and boycotting corporate-driven economies — and some of us in Taos are, rock on! — most of us are going through the dregs of life doing the best we can.

Take me — I buy mouse traps at Walmart. I also buy Clorox at Walmart to clean up mouse crap. I hate Walmart and yet, there I am buying things to kill and clean up after mice. If you’re participating in a fast paced GO and MAKE and DO life style, it’s hard to not engage in the convenient and cheap. And so, Amit has a point. No matter what some of us do, most of us are going for the convenient and cheap — which often means supporting groups that subsist on the fossil fuel economy.

Okay, so, what can we do then? Go to the TCA and watch a bunch of movies about the destruction of the natural world that confirm the power of Oil, Gas, and Money? Then feel bad. Then end up back at Walmart for more mouse traps?

Well, yes. Here’s why: Climate change is old news. This makes it imperative that we take any chance we get to bring our attention back to this conversation. There is wide agreement about the need for a shift in our collective conscious. These films are directed in pushing that to happen.

Jean Stevens, the curator and organizer of the festival, in conjunction with various eco-partners, has prepared a stellar and varied line up of screenings and events for our thought provoking viewing pleasure. Check out the lineup. There’s a plethora to list so for more information, trailers, and details about each individual film be sure the visit the festival’s website, but here’s a quick schedule preview: 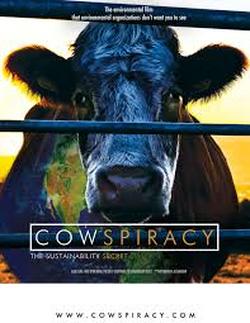 6 p.m. Cowspiracy, with an introduction by the poet Ron Stock

7 p.m. How to Let Go of the World and Love All the Things Climate Can’t Change directed by Josh Fox (Gasland) – he’s dropping in via Skype for discussion! 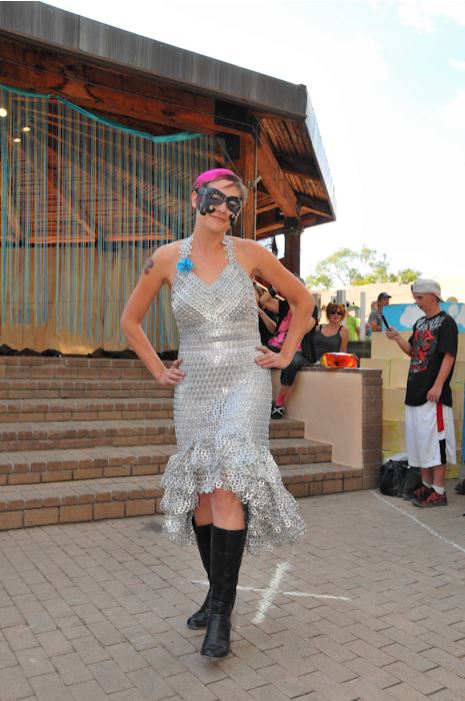 12 p.m. We Know Not What We Do directed by Elizabeth Baker, present for Q&A

7 p.m.  A Thousand Voices produced by Pamela Pierce, present for Q&A, and Seeking Center in Two Worlds by Dan Namingha

And did we mention it’s all FREE? Again, visit the festival website for many, many more details.

Now, back to the collective conundrum at hand, I called Elizabeth Baker (We Know Not What We Do.) I told her about my Walmart mouse-trap predicament. She pointed me back to the central themes of the films — participate in the shift of consciousness by tuning into the conversations. Know what people on the front lines are talking about. 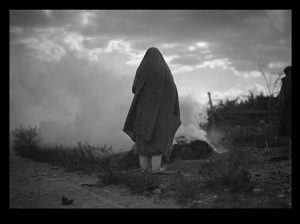 Later I talked to Pamela Pierce, producer of A Thousand Voices. The film reminds us that many Native American tribes during pre-European contact were societies led equally by both men and women. I mentioned to Pierce that part of what needs to happen in response to the climate crisis is the return of the feminine. Pierce disagreed. She said that what’s going on now is about a shift in all people. It’s not about masculine or feminine.

Baker and Pierce will be in Taos for the event and will participate in Q&A sessions after their films. Based on our conversations by phone, their presence is reason alone to attend the festival. They are both candid, heartfelt, and sharp thinkers.

You know, something nags when I can’t see results from my actions. Sink is dirty: I clean it: Sink is clean. I’m hungry: I eat: I’m not hungry. Water supplies and animal species threatened: I’m up-to-date on climate conversations: So now what?

I’m at another loss, thinking about Walmart and how Amit was right about one thing — for things to change citizens must demand that their governments reject the way we’ve been doing business for the last one hundred years. Then I came across Bill McKibben (350.org), and started to think that Amit was also wrong. It does matter what we do every today. Sure, drive a hybrid car and use LED light bulbs and recycle. But more importantly, as McKibben says, we need to get to know our neighbors and start depending on each other. By relying on those in close proximity, we use less resources and become more collective. And that’s what the shift in consciousness is all about: understanding that we’re all connected.

The Taos Environmental Film Festival runs this Wednesday September 28th- Saturday October 1st. Don’t miss the chance to check out some great films, maybe get an education, and make some new connections.