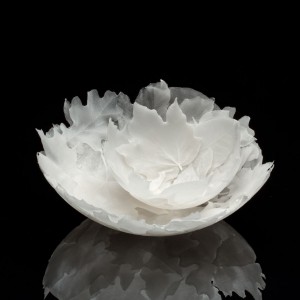 The Invitational includes a month-long series of exhibitions, lectures, workshops, and demonstrations. There are educational and experiential activities that allow direct interactions between artists, collectors, and the public.

Participating Galleries will be exhibiting works of the featured and juried artists for the entire Invitational and beyond. Galleries are hosting events throughout the month to highlight artists and processes. Works will continue to be on display at some participating galleries through the end of the year. 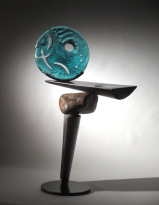 Hiroshi Yamano. Inspired by Scandinavian glass and schooled in both the United States and Japan, Hiroshi Yamano is considered a master artist and teacher whose work in is the collection of Museum of Arts and Crafts, Itami, Japan and many others collections around the world.

Martin Janecky. From the Czech Republic, Martin Janecky is the recipient of the Salvador Dalí World Prize by the European Union of Arts. Janecky creates representational sculptures of musical instruments and vintage-inspired circus performers characterized by a haunting gothic lyricism.

Paul Stankard. Artist-philosopher and admirer of Walt Whitman, Paul Stankard is recognized for the intricate, fragile beauty of flamed-worked still life sculptures of botanical and insect life in clear crystal. In 2004, New York’s Museum of Arts in Design staged a retrospective of his work, “Paul Stankard: A Floating World.”

Paul Schwieder. Born in Saskatoon, Saskatchewan, Paul Schwieder speaks of the “grand sweeping gestures” of the Canadian prairie as an influence upon his molten glass forms. Currently living in Umeå, Sweden, he studied at the Orrefors Glass School in Sweden as well as at the University of West Bohemia in the Czech Republic. His creative breakthrough came when he began sculpting blown glass with a sandblaster, which gave him the ability to augment or diminish elements of the originally conceived form.

October 11 – The Ehrenberg Collection, a visual presentation and lecture with collectors, Betsy and Richard Ehrenberg, 4pm

October 24 – What I Found. Discoveries in an Imaginal Landscape, a lecture by Linda Ethier 5pm-6pm 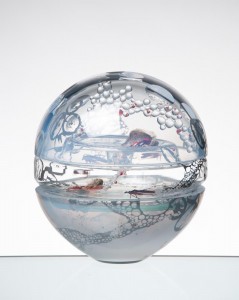 Laura Beth Konopinski. Being born in New Mexico amidst its rugged landscape that demands an intentional drive to survive, the desert has influenced her perspective. Throughout her artistic career,  Konopinski has kept her material concentration primarily with glass. To satiate her desire to be outdoors, she has held various environmental conservation positions in conjunction with pursuing her artistic endeavors. She lives in Missouri, working as a glass studio assistant while concurrently working on a local farm.

Eunsuh Choi. Korean-born glass artist Eunsuh Choi is a portrait artist, whose flameworked pieces are personal narratives, portraits of her own moments of growth. Eunsuh Choi’s is the archetypal immigrant’s tale run through the artist’s filter.  Choi arrived in the U.S. having already completed a Master’s degree in glass from Kookmin University (Korea). Eunsuh Choi uses flameworking techniques to create objects and installations composed of intricately fused glass threads. 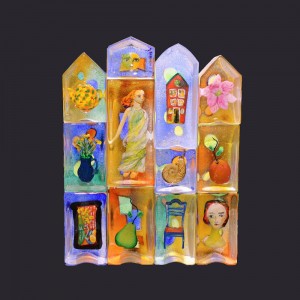 A sampling of juried Artists

Stephanie Trenchard From Sturgeon Bay, Wisconsin, Stephanie shares a hot glass studio with her husband, artist Jeremy Popelka. Trenchard holds a BFA in painting from Illinois State University. After working in San Francisco as a textile artist from 1988-1997, she moved to Wisconsin to start working in glass.

Jane Bruce.  Currently living in New York City, Bruce was born in England, She received a Master of Arts degree from the Royal College of Art, London, and undertook further post-graduate study at the New York State College of Ceramics at Alfred University.

Lois Manno. Lois Manno has been a professional artist and author for the 30 years. She has a BFA Degree in Drawing & Painting, and has illustrated books for numerous publishers. After decades of working in two-dimensional media like acrylic paint and pastel, Lois began working in kiln-formed glass. 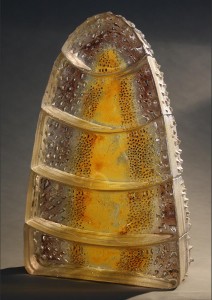 Jeremy Popelka. As a student of Joel Myers at Illinois State, Popelka received his BFA in 1984. Pilchuck workshops with Erwin Eisch and Jamie Carpenter eventually led to a teaching assistantship with Bertil Vallien in 1983. After completing his Masters at the California College of the Arts with Marvin Lipofsky, Popelka eventually relocated to Wisconsin with his wife Stephanie Trenchard.

Doug Gillis. Now living in New Mexico, Gillis was born in Akron, Ohio. Fascinated by the various applications of design, aesthetic and visual arts, he studied graphic and architectural design as well as art history, graduating with a BS in Industrial Design from Ohio State University.

Scott Messick. Scott graduated from the University of Kansas with a business and economics degree. After many years in the corporate world as a healthcare consultant, he began working with fused glass in 2009. 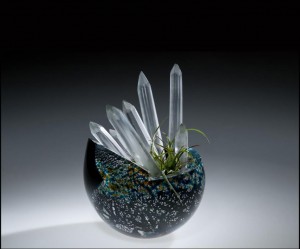 a sampling of Juried Artists

Ross Delano. Ross Delano learned to blow glass at Franklin Pierce College in New Hampshire, where he was awarded a Bachelor’s Degree in Business Administration. After graduating he worked part time for a variety of artists in Connecticut and Massachusetts until 2010 when he was hired as a technician to the Studio of the Corning Museum of Glass. 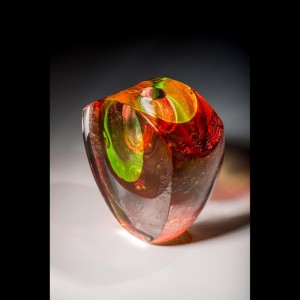 a sampling of juried ARTISTS

Deborah Carlson. Deborah Carlson has maintained her own glass studio since 1984. Carlson was artist-in-residence in Taiwan, where she lectured at the National Educational University, demonstrated, and built studio torchworking equipment for a University program. She has work in the permanent collection of the Hsinchu City Glass Museum in Taiwan.

October 11 – History of Glass, a lecture and experience with Deborah Carlson, 2pm-3pm

Steven Ciezki. Steven Ciezki was born in Calumet City, Illinois and is currently living and working in Phoenix, AZ as a glass artist.

Michael Miro. Michael Miro spent most of his life in Oakland, California until he moved to Taos, New Mexico. While in the Bay Area he was exposed to glass and was peripherally involved with the medium but he was primarily a graphic artist, printer and arts activist.

Helen Lee. Helen Lee is an artist, designer, educator, and glassblower. Lee earned a BSAD in Architecture at the Massachusetts Institute of Technology in 2000 and an MFA in Glass from the Rhode Island School of Design in 2006.

October 11, 18, 25 & November 1 – Pastries On Glass, a glass art experience for all levels: enjoy a sweet and savory breakfast served on art glass, a brief educational lecture about working with glass, and make your own treasured art glass plate under the guidance of TIGA artists, DV Art and Architecture, 9am-11am

October 17 & 18 – Glass-Blowing Demonstrations on Taos Plaza with Ira Lujan and friends: Sini Majuri will be demonstrating graal technique along with surprise visits from other artists dropping in to blow glass, 3pm – 8pm

October 23 – Retrospectives and Inspirations, Reasoning Transparence , a lecture artist and educator Herb Babcock, Featured Artist and Juror of the 2014 Taos Art Glass Invitational at The Harwood Museum of Art, 7pm-8pm

October 25 – Mold-Making for Glass Casting, A Personal View, a demonstration and lecture by Herb Babcock, 1pm-3pm

More about the Taos Institute for Glass Arts

For more information about events, visit the TIGA website. The Mission of the Taos Institute for Glass Arts (TIGA) is to expand the understanding and appreciation for the Contemporary Glass Art Movement through classes, workshops, lectures, demonstrations, special events and exhibitions. TIGA serves and integrates the needs of artists, students, collectors, architects and designers. TIGA is a 501(c)(3) non-profit organization which was born when a group of local glass artists purchased equipment that was brought to Taos Pueblo by famed artist Dale Chihuly for his educational program. www.tiganm.org