This past weekend, our lovely high desert home of Taos, NM welcomed some of the most innovative and eclectic artists within the broad range of electronic music. Beautifully entitled “Uniting of the Tribes,” the event was presented by the artist collective Star Tribe, a conscious group focusing primarily on sacred bass music and ecstatic dance philosophy located in the high desert.

Headlining artists Kaminanda and Desert Dwellers graced the stage of Taos Mesa Brewing, bringing a barrage of gorgeous auditory magic, along with Treavor Moontribe’s solo work, Planewalker, Kanizzle, and a plethora of other supporting acts. Genres hold no boundaries here, as the journey is set to guide you through world electronic with live instrumentation, tropical bass, desert bass, and those which feed no label. I recently had the opportunity to speak with Amani and Treavor of Desert Dwellers on their new release, upcoming projects, and a bit of advice to those producers and DJs aching to be a part of our beautiful community. 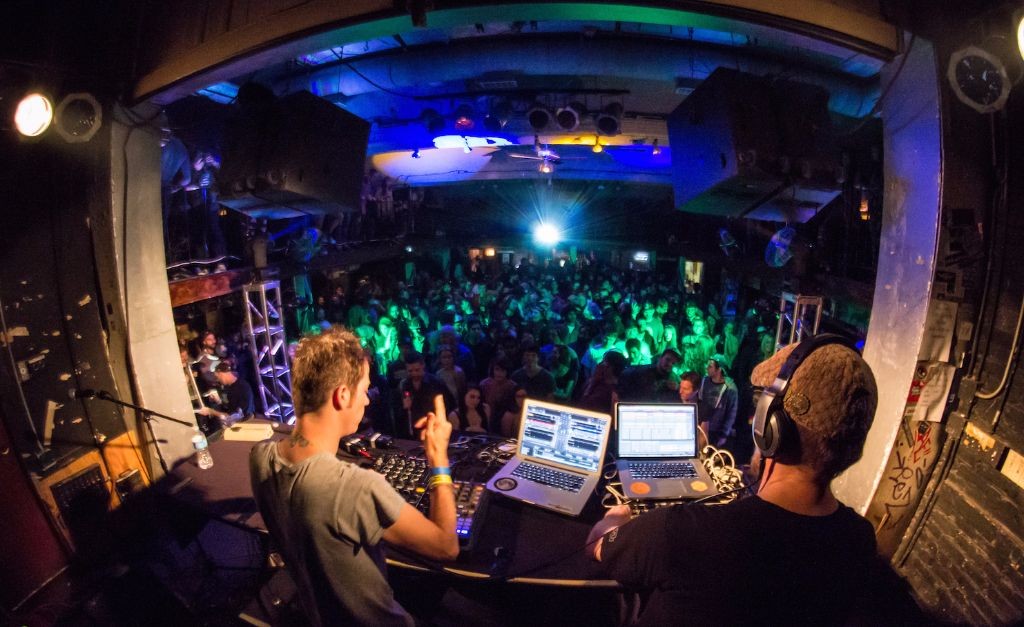 Jennifer “Jexime” Longo: How long have you been making music individually, and what was the ah-ha moment which made you realize ‘this is my path and my passion’?

Amani Friend: I grew up in a musical family and was always around western and exotic world music. I began studying piano at the age of 5, moved onto keyboards and synthesizers in my early teens, and later attended the College of Santa Fe music school for composition and music technology. I guess I have always had a passion for music since I was born.

Treavor Moontribe: I picked up a guitar when I was around 12 years old and started a band when I was 14. I knew music was my path from that point on. 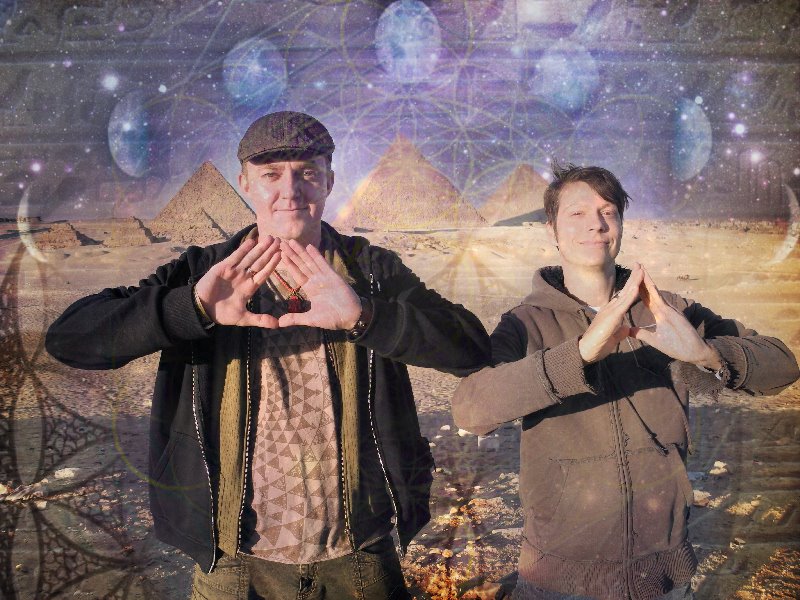 JL: Who are your biggest musical influences?

JL: What inspired you to come together to create Desert Dwellers?

AF: Treavor and I were both involved in organizing outdoor electronic desert gatherings 90s. He was based in California and myself in New Mexico. We met during the legendary Moontribe full moon gatherings in ’98 and started making uptempo tribal dance music in early ’99 under the name Amani vs Teapot. A couple years later we wanted to create a downtempo side project bringing together world music and electronic sounds, and thus Desert Dwellers was born out of that intention.

JL: Do you use any outboard gear or is production primarily in the box or a mix of both?

AF: Mostly in the box. I do own a couple nice synths that I will sometimes record as well such as the analog Sequential Circuits pro-one, and a Korg R3
T.MT: I’m 100% in the box. 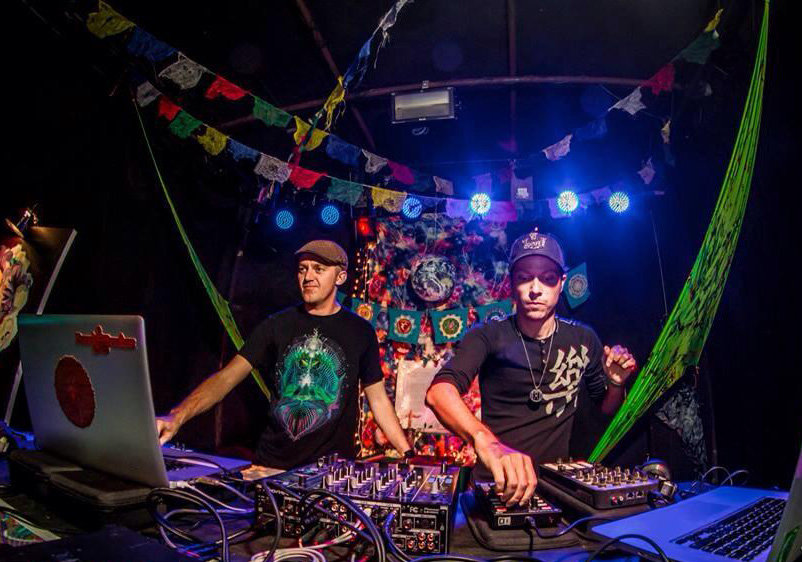 JL: What is/are your favorite hardware synth(s) and production software?

JL: What types of live instrumentation do you love to work with?

JL: What was the impetus behind the new album, The Great Mystery?

AF: The Great Mystery is a special release in the vast Desert Dwellers catalog of music. This album marks the first time that the two of us (Amani & Treavor) have collaborated on a full-length album together from start to finish. Up until now our productions have gone into the world as either singles, EPs, or on various artist compilations. This release actually marks the 8th full length album of original music in the DD catalog, and it is definitely one of the most dynamic offerings. The vision behind the album was hatched several years ago between the two of us, and that was to create a journey through multiple genres of electronic music and world music into a fluid tapestry of psychedelic soundscapes. The range of this album goes from ambient to full-on tribal tech dance tracks, with a lot of psy-dub and mid tempo global bass tracks in between. 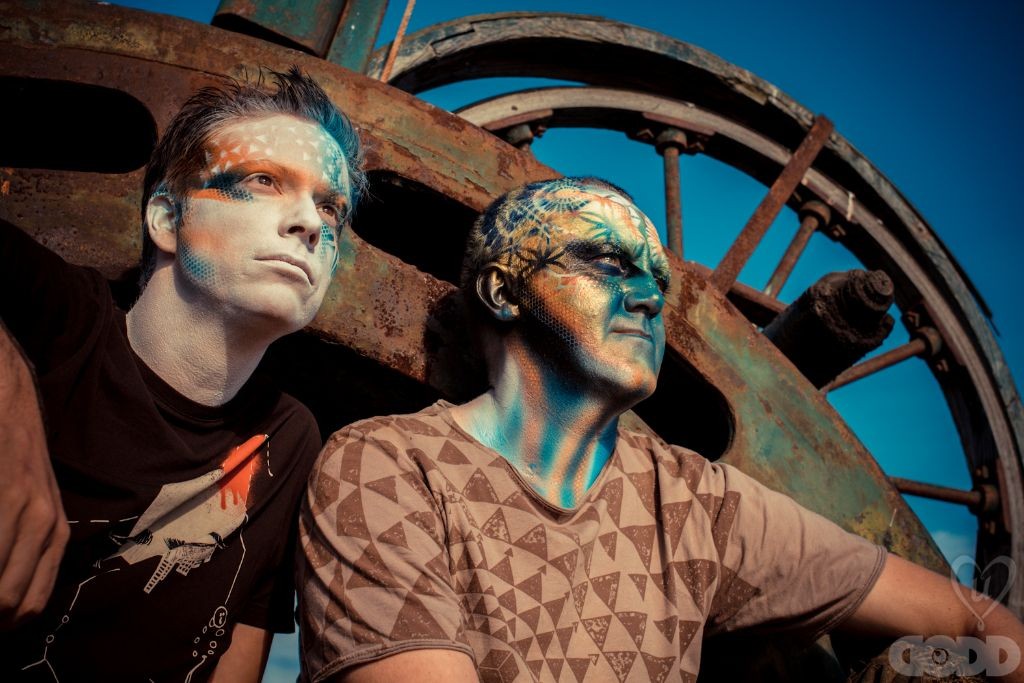 JL: You are known for presenting an eclectic barrage of genres. what do you hope your fans will experience from journeying through your live performances?

AF: The emphasis for both of us when making and playing music is to take the listener on a journey … sonic storytelling, so to speak. We always weave many styles and genres of music in our live set, which has a transportive quality and takes the participant through many portals and worlds as they dance their experience into their existence. It is our hope that they come out the other side feeling renewed and refreshed and a sense of awe and wonder from the whole experience.

AF: We are on the last stretch of our “Great Mystery Tour” which we began in May …. and after that we will begin and extensive tour with our friend Kalya Scintilla and Eve Olution called the “Earth Heart Tour.”

JL: Do you have any future collaborations in the works?

T.MT: I am currently collaborating with a few other producers on single uptempo tracks.

JL: What does the future hold for Desert Dwellers and for you as individual artists?

AF: We are starting to plan out a bigger Desert Dwellers Live stage show similar to what we did at Sonic Bloom this year with video mapping, circus performers, and live vocals. We want to be touring this show in the spring of next year.

I have another project called Liquid Bloom that I have been releasing music under for the past decade. Last spring I released an album called “Heart of the Shamans” featuring collaborations with artists like Robert Mirabal, Ixchel Prisma, Rara Avis, and many others. I will continue to release music under this artist name, and I will also continue to release music under the Variant Field project, a collaboration I have going with my friend Alex DeYoung.

T.MT: Amani got the future of DD, but I’m personally working on two solo projects, one uptempo under the name T.MT and another electronica more melodic, less tribal project called Pheuzen.

JL: With the ever-growing creature EDM has become, what advice would you give to those starting out as producers/DJs?

AF: Study music theory and composition. Keep your influences as diverse as possible. Network and take chances in your collaborations and try new things outside the box.

T.MT: Don’t follow trends, be open-minded to many styles, and focus on your art big time. 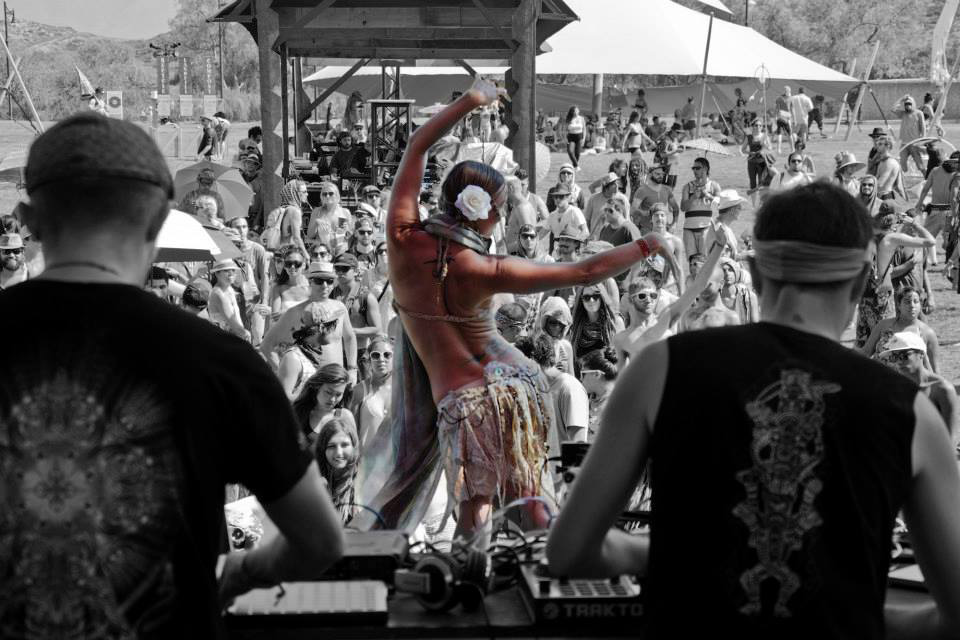 All photos courtesy of Treavor and Amani of Desert Dwellers