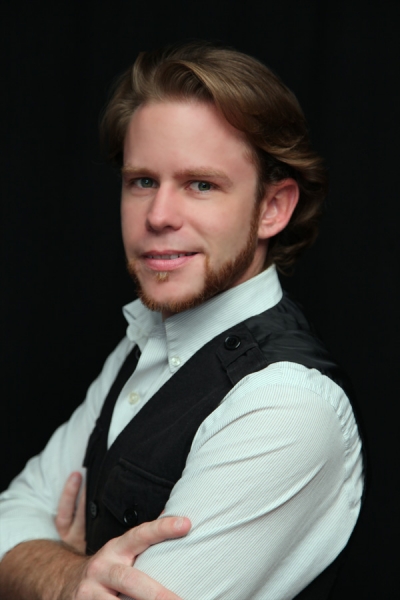 It’s been a long time coming. The schools have been without a music program for nearly a decade now. Until Ryan Allais answered the calling to be the director.

It’s touching to see such valiant effort. In a short three years, Allais has brought solidity to the program. I was fortunate recently to sit in and observe a rehearsal. I noticed Allais’ effort towards building a bond between the students. I believe that bonding between students is important for greater achievement.

Music is a beautiful language, and world all on its own.

Music is undeniably creative; it encourages discipline, and develops critical thinking skills. These are very important aspects for one to know, especially when college rolls around.

I spoke with Allais after the rehearsal to ask him a few questions involving goals for success, drive, and inspiration.

“My goal is to make the band a well-lubricated machine. When it comes time for me to move on to grad school, [this program] is not going to fall through the cracks like it has in the past,” Allais told me.

Building a foundation is important. Without it, everything you build will come falling down like a game of Jenga. I can appreciate this sentiment, because as a Taos High alum myself, I have seen the program rise and fall for many generations. I asked Ryan what kind of inspiration he had to offer for any aspiring musician. He said, “In this business, you have to develop a thick skin.”

Since Allais has brought such solidity to the Taos High music program, I was curious to know what the driving factor in that is. He responded, “There is no reason why a small high school shouldn’t sound like a 5A- or 6A-sized school.” A valid point; talent can come in many different forms. Whether it be a three-member band or a 100-member symphony, talent is measured by skill, not  size.

Music is one of the most important intellectual stimulants in the world. It’s the perfect outlet and form of expression, and it’s quite medicinal. Most importantly for young people, it develops critical thinking skills (great for science and math), academic discipline, creative exploration, and, as Ryan told me, actually strengthens your brain. “It’s been proven that music strengthens the corpus callosum, the binding nerve bundle between the two hemispheres,” he said. “The firing strengthens the connection — these students are strengthening their minds.”

A sentiment I can appreciate is that when a music program is in play in the schools, it’s not just a recreational hobby — it is much more than that. As Allais said, “They develop teamwork, leadership skills, self-restraint, and bonding.”

I wanted to know how Allais brought the band together in the short period of time, and came so far. Which led to my last question about success, and his views of the band’s success this far. He told me, “Success isn’t measured by how high you go up the ladder; it’s measured in what you do with what you have.”

With that said, I want to just speak up and say this sounds like a foundation for a great new and beautiful beginning, to our very own music program. I like to see it running again, and I fully support the cause.

Taos High school  band is currently raising funds for festivals, travel, music, instruments, tuners, etc. With the music program dormant for many years, Allais has been working to pick up the pieces and rebuild the program from the rubble. Any contribution will be by far a gracious act.

If you haven’t seen them in action yet, ’tis the season. They will be performing  on these dates:

For any of my readers who are Taos HIgh alumnus, catch one or all of these concerts — it’ll be a stroll down memory lane.

I heard them rehearsing “Overture For Winds” by Charles Carters. You have to catch it. They also rehearsed another mesmerizing arrangement that is a quite worth the listen as well. Allais is bringing forth a new generation of musicians with a new unique burst of energy.