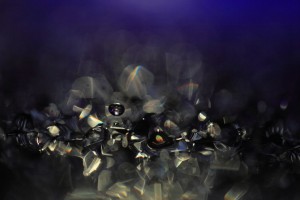 Sasha was born in Taos, New Mexico and has been exhibiting his work since 1992. His paintings hang in collections in Asia, Europe and the United States. For the past 11 years he’s been developing ways to see and document sound. These studies moved him to work with light and other mediums. He currently works in two studios, Los Angeles, CA, and Taos, New Mexico.

LT: What most excites you about coming to Taos? Showing your work at home?

Most of who I am, and what is important to me as a conscious being, as an artist/creator, is because of the free thinking people who were my mentors growing up. I am inspired by their steadfastness of visions, and their qualities as human beings.

In a way, I am something of a reflection of Taos, and it is an honor for me to hold up a small mirror.

LT: Which one of the five senses intrigues you the most?

Actually, it is debatable whether or not there are more than five senses. At the moment, my work is about fusing them into one single experience. Combining the visual, the auditory and the tactile together creates an amazing state of mind in the observer. I’m fascinated with perception in general.

LT: What is the oddest thing you’ve heard someone say about your work?

LT: If someone really gets your work, whom else should they check out?

My contemporary, Debbie Long, a Taos based artist. She is also working with light, though in much different ways. Her work speaks for itself.

LT: Anything else you want to share with us about your work?

I’ve made these photographs to better know my place in the universe. Our ability to travel the cosmos being limited, I’ve built a machine in an attempt to observe elemental transactions. I’ve created a mechanical solution to what is a metaphysical problem, forcing basic elements of perception – sound, light, and matter – into a single frame.

These are photographs of sound encountering light as seen through the medium of water.

On one hand, I’ve staged common phenomena and on the other hand I’ve captured tiny cataclysms never to be repeated. I bring you evidence of a minute history, in which no instance is petty and every instant too complex to perceive in its entirety.

A moment is all time, an atom the universe.

These photographs aim to capture the beauty and turmoil that occurs inside the most pedestrian events. Sunlight bounces on water, sound waves march toward oblivion.

To find out more about Sasha, visit his website or his Facebook Page. His Taos Studio is located at 112 Caminio de la Placita, Suite D in Leduex Plaza, and is available for viewing by appointment. 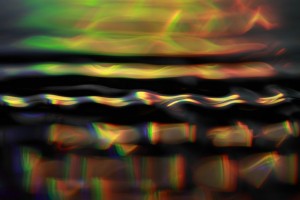 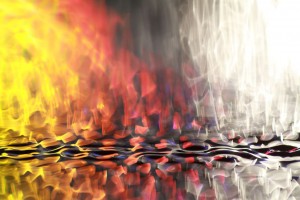 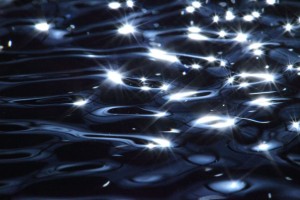 COMING TO THE PASEO? POST YOUR PHOTOS OF THE FESTIVAL WITH #LIVETAOS AND #PASEOTAOS. WE’D LOVE TO SHARE WHAT YOU SEE.