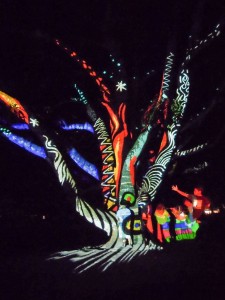 Markus Dorninger is a visual artist on the forefront of a new wave of digital art. His work is about projection performances in public space, cultural or commercial events. He often collaborates with musicians, and much of his output is based on improvisation and freestyle storytelling. Markus had a budding career as a video games designer when he began his exploration in projection art. He is co-founder of OMAi and the inventor-designer of Tagtool, the iPad app for projection art.

Markus is a featured artist at The Paseo on September 26, 2014. His performance will be outside on the Presbyterian Church.

Live Taos is catching up with some of the artists who will be sharing our streets for The Paseo. We want to know what excites them. We want you to know what beauty and amazement you can look forward to at the end of the month. We caught up with Markus Dorninger in Vienna via email.

LT: What most excites you about coming to Taos?

There’s a lot to be excited about. I’ve never been to this part of the world and the architecture looks like it’s from an alien planet to someone who grew up in an Austrian village. My Tagtool fingers are itching to paint these beautiful Adobe buildings with colored light. My performance on the Presbyterian church will be themed “projecting particles” and it will offer a personal interpretation of the sub-molecular world of quantum physics. I’m thrilled to work with this theme that offers so many opportunities for expressing a non-linear, paradoxical and multi-layered view of the universe that mainstream science has rejected until not so long ago.

LT: Which one of the five senses intrigues you the most?

This is like asking which family member you love the most! Obviously as a visual artist the eyes play an important role. A few months ago when I accidentally stuck a plug in my eye and couldn’t see for a week, I realized how much we relay on visual information in everyday life. It was a kind of cold turkey. Our visual sense is extremely powerful and tends to dominate, it seems. Sound is different in a way, more visceral and it hits us at an even deeper level I think. When I’m travelling and I can only see and hear my family on Skype it becomes obvious that our lives would be really flat without touch and smell. So I think I have to dodge your question. Looking at what’s happening in the world right now the most important sense is common sense. The only thing that’s even better is when you posses uncommon sense.

LT: What is the oddest thing you’ve heard someone say about your work?

A kid once told me our projections are like “The Simpsons” but with worse graphics. I took it as a huge compliment. Another kid, maybe five years old, was asked by a journalist to sum up a 5-minute performance of ours. He talked for 15 minutes and described every little interaction on stage in great detail. A university professor who really missed the point asked why we put in so much energy recreating a more basic version of photoshop. But generally we get very positive reactions — I think because people feel the tension and excitement of creating live and on the spot — not knowing what the next move will be. As Bob Ross said — there’s no mistakes, just happy accidents.

LT:  If someone really gets your work, who else should they check out?

There’s a lot of exciting work going on in the Tagtool community. I think the oldschool Tagtool artists like Dieter Puntigam and Frances Sander really live and breathe the spirit. There’s a lot of activity in South America, with Fernando Sica from Mexico (the “ninja”) and São Paulo based artist duo Vjsuave as good examples. There’s beautiful stuff coming out from Russia, Spain, England, Israel, etc The best place to follow the activities of the Tagtool community is the Tagtool group on Facebook, where people post photos and videos of their sessions.

LT: Anything else you want to share with us about your work?

We’re about to present a new version of our software that aims to be the “people’s Tagtool” — it’s gonna be free and a lot of thought has been put into making things more accessible to the young, the old — basically anyone without a specialised background.

For more information on what drives Markus and his crew, check out their manifesto!

Coming to the Paseo? Post your photos of the festival with #livetaos and #paseotaos. We’d love to share what you see. 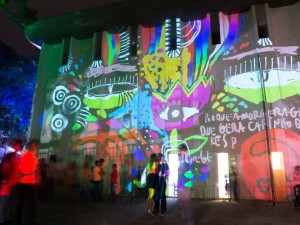 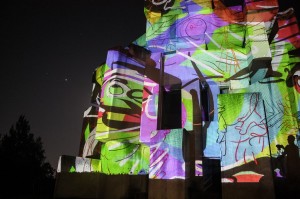