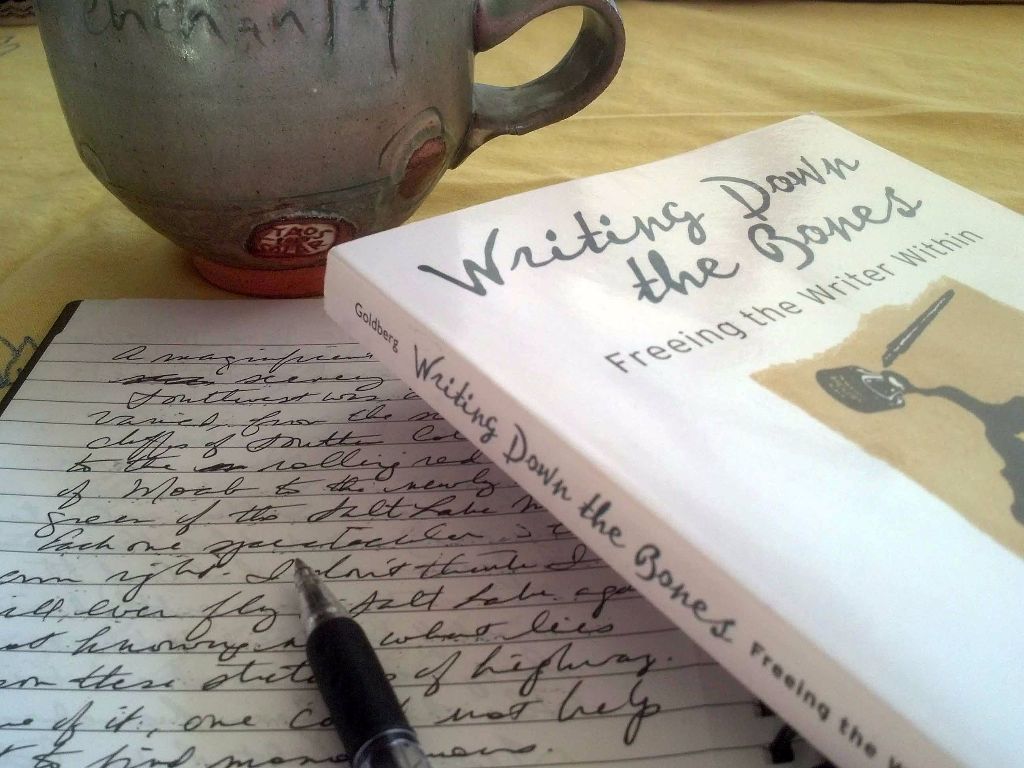 Two years ago I decided to write. I hesitate to say I decided to be a writer, because I already was one – I just wasn’t doing it. When I told a dear friend my decision, she gave me two books, one titled Writing Down the Bones. I’d never heard of it, but she gave it to me because it’s just one of those books; pivotal, powerful, poignant. It affected me deeply, as it does most people who read it. When it was written, the approach was something entirely different from traditional “teaching” methods. It focused more on the doing and less on the how. The book spoke to me and I started doing – I started writing again.

2016 marks the 30th anniversary of that book, and Taos is honoring its author by declaring February 19th as Natalie Goldberg Day. Goldberg was a resident here for twenty-five years and continues to teach workshops here on a regular basis.

On her day, Friday, Feb. 19, there will be a reception in the Mural Room at the Old County Courthouse (on Taos Plaza), from 4-6pm with Mayor Dan Barrone making the official declaration. There will be a reading by Ms. Goldberg from Writing Down the Bones and her newest book, The Great Spring. And on Saturday, February 20, she will be hosting a Writing Down the Bones workshop called COMING HOME (space is limited, register today!).

I had the opportunity recently to ask her a few questions about Taos, in recognition of the inextricable link she shares with our little town.

You live in Santa Fe now. When you return to visit, what is your favorite thing about Taos?

Natalie Goldberg: I go of course to Mabel Dodge where I taught for 20 years and I have to have lunch at Orlando’s and dinner at Love Apple and I stop in at Brodsky’s Books where I always find something great and if I’m honest I’ll admit I sometimes get a chocolate donut at Michael’s Kitchen. Sometimes I just like to walk around, wander and be in the presence of Taos Mountain.

Taos is honoring you as being an influence on our little town. What is one influence Taos has had on you and your writing?

Oh, Taos is where I developed writing practice with 8 women in a living room on Morada Lane and also at Da Nahazli, the hippy school I taught in on Randall Lane in the early 70’s. Mirabai Starr was in my class and she was 12 years old. Taos gave me the confidence to try anything. I also started painting there.

Now that you’ve been given a “day” in Taos, when do you expect you will be given the key to the city?

I already have the key, in my back pocket. I carry Taos with me wherever I go.