I had a chance to talk with Stephen Plyler of Walking Rain Productions about his love of music and goals as a promoter. His next event is coming up this Saturday, August 23rd at Taos Mesa Brewing, where he brings country music artist Suzy Bogguss to our community for the first time.

LiveTaos: How did you get involved in music promotion? 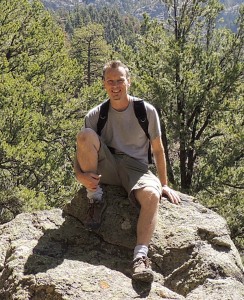 Stephen Plyler: It kind of started through my antique mall business — I own some antique malls in Texas. We started doing events, and we hired musicians to come and perform. During that time, I became friends with several musicians, just hanging out with them and getting to know them.

When I was living in Colorado, I had wanted to do something music related, but it just didn’t seem to fit. I was in Pagosa, and they have their great Folk Festival, but the venues on a day to day basis were not conducive to promoting and bringing in acts.

So the opportunity came up when we moved to Taos, because we see Taos as kind of the next Austin, TX. I actually hung out in Austin quite a bit growing up because it was just a short drive from my home, and I have a business in Austin, so I’ve been around that kind of music scene. I see the potential here in Taos, for a mini, less-commercialized version of Austin.

Have you had much success so far with the events you’ve been promoting here in Taos?

Yeah, I think it’s been great! The first one we took on was the Black Lillies, and it was a Monday night show. We did it on short notice—just one week out—and I was really surprised with the turnout. Just working through the booking process with only one week can be hard enough, but to actually promote it to the level that they were happy and we were happy, and they left saying nice things about us, and nice things about Taos, was a great success. Then we followed with Shinyribs and we thought that went really well. We had a great turnout, and they left happy and wanting to come back to Taos.

I always look at it from an artist’s perspective because I have friends who are artists. I always want the artists to leave and recommend Walking Rain, and think highly of Taos. And so far, that’s what we’ve had. We’ve had artists leave and say they love Taos and can’t wait to come back. So that’s the goal at the end of the day.

What was the first concert you ever went to?

This is kind of a funny story. I went to a Reba McEntire concert at the State Fair of Texas with my parents when I was a little kid, I was probably 8 years old.

I mean it was cool, and not… I liked music back then, but you know, I was a kid. I was on the Midway, where you play all the games. I won for the first time ever. I was terrible at those games — I won, but it took about $50 to finally win a stuffed animal. So my mother, in her infinite wisdom, decided that while we were visiting with Reba — she was actually a friend of a friend, so we got to go backstage and meet her and have lunch with her — we were sitting there at lunch and my mom, without letting me know, says to Reba, “Stephen won this for you on the Midway.” Of course I had no idea she was going to do that, and she had to wrestle the stuffed animal out of my hands as I’m clutching it. So for several years, I couldn’t stand Reba McEntire because she took my stuffed animal as a kid.

But it was actually kind of cool, because three or four years later she was still touring and she still had my stuffed animal and took it on tour with her.

If you could bring any act to Taos, who would it be?

I love Willie Nelson. I have friends in the Nelson family, so that’s an obvious one. But outside of that, I’m quite obsessed with Lucinda Williams, and I love Emmylou Harris. So those would be two that are high on my list.

You’ve got Suzy Bogguss coming to Taos Mesa Brewing this Saturday. What can people expect from her show? 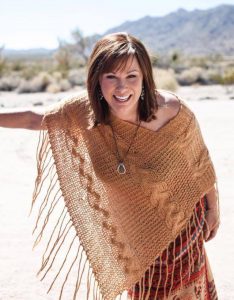 I’m really excited about this one. I grew up going to a lot of bluegrass festivals with my family, but I kind of rebelled against bluegrass as a lot of kids do. When I first started listening to country music again, Suzy Bogguss was one of my favorites. She was 80’s and 90’s country music to me.

What I really like about her is, if you listen to what artists say about her, they all respect her. She is an artist’s artist. She’s respected for her singing and how she is true to her music, and she never sold out. As country music transitioned in to more of a pop sound, she never went that direction, she stayed true to herself. To a fan, that means as much as anything.

She has a voice that is just one of the top voices ever in country music. It isn’t over-selling to call her a legend in country music. She’s synonymous with that period of country music, when it was in its heyday—as far as not only being critically important, but also being commercially successful. That’s when it turned a corner from being a secondary music to a mainstream, American music.