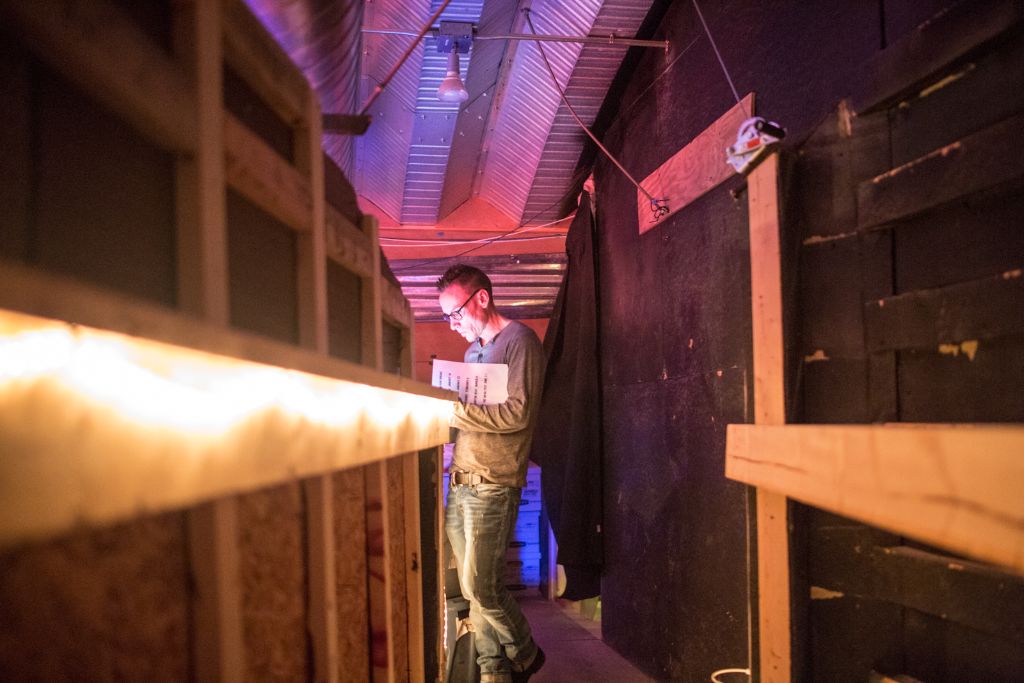 Stephen Plyler, hard at work bringing great music to Taos. Or texting with friends. Probably both.

Since Walking Rain Productions began booking shows here, CEO Stephen Plyler has brought some fantastic artists through Taos, from Suzy Boggus to Lucinda Williams to Justin Townes Earle and more. He’s not slowing down any time soon; he’s just announced some of this year’s Music on the Mesa headliners, including Steve Earle and Shawn Colvin, the Old 97s, and Elephant Revival.

But there’s plenty to come before the big festival in June (3 – 5 2016 that is, mark your calendars!) — specifically, this weekend’s HONEYHONEY show, Saturday at 8pm at Taos Mesa Brewing. If you don’t know this band, you should. They’re delightful. They make beautiful music, weaving together about 6 genres (you know, one of those folk/rock/jazz/country/blues/bluegrass mishmashes we’ve been hearing from here in the 21st century. and I do mean that in a good way) to make sure you both feel feelings AND want to dance dances. The internet says they originally they called themselves Zanzibar Lewis. If you honestly still need further evidence of how much you will like this band, I offer this promo from tonight’s show at the Bluebird Theater in Denver: 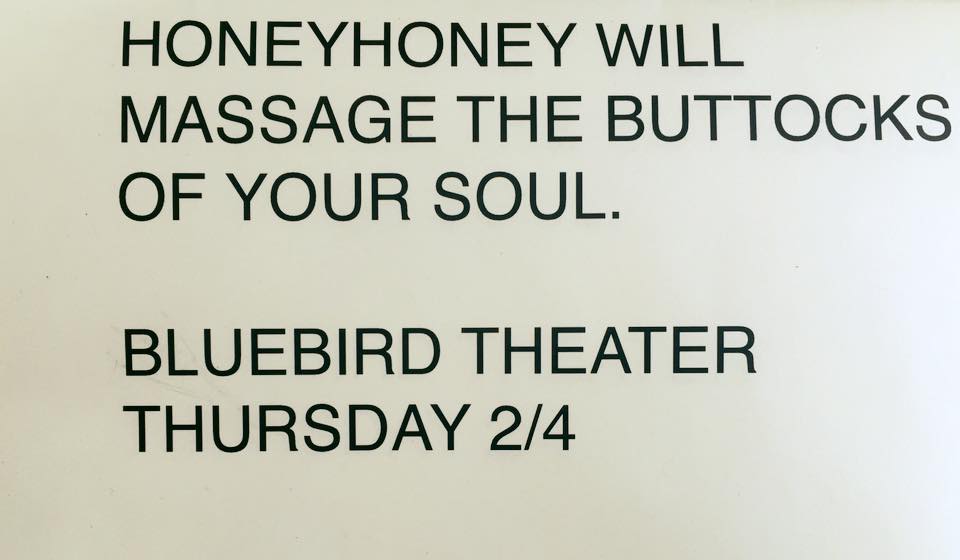 For real, what more encouragement do you need? OK fine, here’s a video, too.

Good talk. now get your tickets:

And hey, did you miss the January’s Walking Rain Elephant Revival show? Don’t worry, I took a bunch of pictures. (Also, you can catch them at Red Rocks in May! Or at Music in the Mesa in June!)