LISTEN TO TONAL RANGER RADIO EVERY FRIDAY (MOSTLY) FROM 4:20 P.M. TO 5 P.M., MST, ON KNCE 93.5 FM, TO HEAR SONGS FROM THE ALBUMS REVIEWED IN THIS SPACE, AND SO MUCH MORE INTERESTING NEW MUSIC (AND SOME OLD FAVORITES). 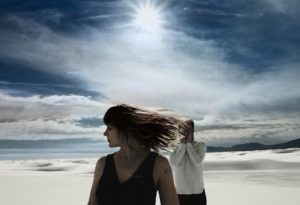 The Louder I Call, The Faster It Runs, by Wye Oak (Merge Records) — I understand there might be some temptation to play this beautiful album quietly in the background, but please do as I say: put your headphones on and turn the volume up. If you do this, you’ll be able to fully enjoy the experimentation of the Jenn Wasner and Andy Stack as they expand the band’s ever-evolving layers of bass, guitars, synths and drums; Wasner’s compelling and amazing voice; and the poetry of her complex and intriguing lyrics, which on The Faster It Runs often turn to a mixture of mystery and affirmation. There is a sense of exaltation (perfectly summarized on the opening line of the title track: “And we were jubilant, willing to pretend”) that has never been so present in Wye Oak’s music before. It makes for a triumphant listen as long as you remember, play it loud.

Wide Awake!, by Parquet Courts (Rough Trade) — Parquet Courts stops pulling punches (but they’re so good at pulling punches, say it ain’t so!) on their sixth studio album. And, oddly enough, with the help of slick pop producer Brian “Dangermouse” Barton (he of Gnarls Barkley and Jay Z fame) the band succeeds at making a joyous album that is also chock full of biting, angry social commentary. Still true to the band’s punk roots (filtered through a hazy sheen of Texas songwriter storytelling and Houston hip-hop), this album goes in all directions at once. There are joyous sing-alongs on songs about complicated relationships with mothers (Freebird II), funk breakdowns on angst-ridden songs about the future (Normalization), actual references to Tom Brady on a song called Total Football that otherwise doesn’t seem to have anything to do with football, and one of the funkiest tunes about institutionalized racism and violence that I have ever heard (Violence). The boys may be more lyrically to the point this time around, but the music really goes to some unexpected, and fun, places. 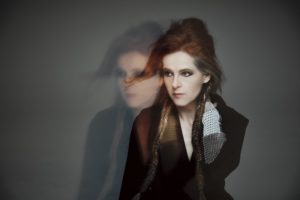 Hell-On, by Neko Case (Anti-) — Neko Case continues her excellent career with another set of songs inspired by nature, and her innate ability to strain profound beauty from everyday observations. Of course, Case’s voice is always the star of the show, but the arrangements of these songs are equally impressive. She also relies on vocal help from a whole host of her friends, including Rachel Flotard (Visqueen), k.d. lang and Laura Veirs (who Case teamed up with on 2016’s excellent case/lang/veirs), Kelly Hogan, Nora O’Connor, Mark Lanegan, Beth Ditto, and Eric Bachmann. Although it sounds like a stretch for an album of contemporary songwriter music, resource extraction seems to be heavy on Case’s mind this time out, whether she’s talking about the Last Lion of Albion, the oil industry (Dirty Diamond) or what seems like a song possibly about the unreal expectations put on a beautiful woman, but could easily be about something entirely different (Halls of Sarah). In fact, there’s a lot of ambiguity in the lyrics, which makes it all the better in my mind.

Vessel, by Frankie Cosmos (Sub Pop) — Greta Kline, aka Frankie Cosmos, plays music like she’s the hipster offspring of actors Kevin Kline and Phoebe Cates. This is not a bad metaphor. This is a fact. Phenomenal lineage aside, there is something really engaging about Cosmos’ music, like the way many of the tracks on Vessel toggle between Wes Anderson soundtrack cute/clever and Liz Phair-esque angst-ridden indie rock (this IS a bad metaphor!). Shoddy dancing about architecture aside, these tracks are fun, clever, and intelligent. 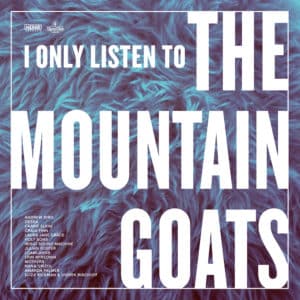 I Only Listen to The Mountain Goats: All Hail West Texas, by The Mountain Goats (Merge Records) — “Fourteen songs about seven people, two houses, a motorcycle, and a locked treatment facility for adolescent boys,”* covered by 14 different groups of musicians as a means of creating a soundtrack for a podcast about an early and often overlooked album from a semi-obscure band. Welcome to 2018. All Hail West Texas is also one of my favorite albums of all time, so the prospect of other artists covering these tracks is a dicey one for me, personally. Some work really well, including Dessa’s completely overhauled version of Balance and Laura Jane Grace’s straight-forward rendering of Best Ever Death Metal Band Out of Denton. On the flip-side, Erin McKeown’s version of Jenny and Eliza Rickman and Jherek Bischoff’s version of Riches and Wonders (two of the original album’s best songs, I might add), are just “too pretty” … that’s a thing, trust me. File under “strictly for fans of The Mountain Goats or fans of the podcast about The Mountain Goats.”

*Description taken from the original version of All Hail West Texas liner notes.

Sex & Food, by Unknown Mortal Orchestra (Jagjaguwar) — On three earlier albums, Ruban Nielson of Unknown Mortal Orchstra has brought us groovy, retro-sounding lo-fi anthems about a diverse array of topics, including strange desserts (Jello and Juggernauts), the sleeping habits of sea life (Swim and Sleep (Like a Shark)) and the challenges of polyamory (Multi-Love). Nielson turns his fuzz-laden productions to new topics on Sex & Food, including some strange connection between the Greek personification of time — Chronos — and paying off police (Chronos Feasts on His Children), and a Ministry of Alienation … a bureaucratic clearing house of loneliness. Like all other UMO albums, this one sounds great; smooth but distant and distorted, raw and meticulous all at the same time.

The Instrument, The Louder I Calls The Faster It Runs, and It Was Not Natural, by Wye Oak — While it is apparent from the write-up above that I love this album, these three songs are the anchors. From the syncopated rhythms overlaying The Instrument to the extended synth riff opening of the title track (which expresses cautious optimism and even, gasp, joy) to the best song I’ve ever heard that seems like it might be simultaneously about hard work and the resentment that creates from others (I’m actually not sure what it’s about, but It Was Not Natural is one of my favorite songs of 2018), these are the cream of the crop from an all-around great album. 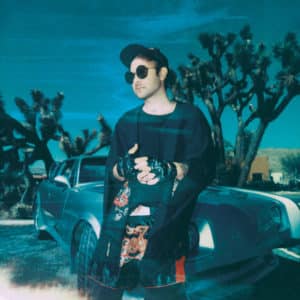 Hunnybee, by Unknown Mortal Orchestra — Definitely the standout track from the latest album from UMO. This song stands with the best of the band’s catalog with its sunny groove and slick, cool vibe. Notable for its simple lyrical content (especially in light of some of the strange subject matter the band has tackled in its history), Hunnybee is reportedly a song about band leader Ruban Nielson’s young daughter … “Hunnybee Hunnybee/ There’s no such thing/ As sweeter a sting.” That melody though … it gets stuck in your head forever.

Being Alive, by Frankie Cosmos — My favorite song from Ms. Kline and company’s latest album, as it eloquently expresses the greatness of your own existence, and what a gift that can be, even when it’s not: “Being Alive/ It Matters Quite a Bit/ Even When You/ Feel Like Shit/ Being Alive.” Amen.

Violence, and Before the Water Gets too High by Parquet Courts — As I noted earlier, this album is great from beginning to finish, but these two songs mark the band’s shift from 30,000-foot level observations of life to tackling relevant and prescient issues. That both of these songs are also a lot of fun to listen to is a really neat trick. Violence takes on systemic racism, while Before the Water Gets to High sounds like it might be some kind of dystopian future, except it’s the present (Katrina, Irma, Harvey, et al.) … and it keeps happening, and it will keep happening. They’re both songs about societies’ failures to make plans that consider anyone other than the richest of the rich, and as mentioned before, they’re somehow really fun songs. Or maybe I’m just weird.

Halls of Sarah, Curse of the I-5 Corridor, and Gumball Blue by Neko Case — What is Halls of Sarah about? I’d like to know. On the surface it seems like it’s about a woman that brings success and riches to men of power, but I think it also could be that the “Halls of Sarah” are a euphemism for the rivers of North America, where “they build there industries around you” and “We expect you to bring springtime/ It isn’t fair.” It’s as intriguing as it is poetic, while Curse of the I-5 Corridor has the album’s biggest, best hook, which Case uses so sparingly during the song’s seven minutes that you almost forget you’re listening to that same song, which I think is some kind of miracle of restraint. Lyrically, Gumball Blue is as non-linear as the other two, with Neko calling it as she sees it: “Sometimes where there’s smoke, it’s just a smoke machine honey.”

Tonal Ranger Great albums I missed from the previous quarter:

Superorganism, by Superorganism (Domino) — Fun, artsy, clever, cool, nerdy, cynical, optimistic, and joyous — Superorganism are a young, talented collective that make synth-laden pop music for millennials who will never be able to pay off their student loans because rent is just too damn high. Look what we’ve done to these kids! Look how they’re paying us back, with great art! Way to go kids!

Suddenly Everything Has Changed, by The Flaming Lips, from the 1999 album, The Soft Bulletin — I have always loved this song, and I always will. It’s one of those songs that observes the mundane fixtures of everyday life in the context of larger forces, those life-changing events that you either endure, survive or conquer. The band didn’t play it at their amazing Taos Vortex performance, but that’s OK, I wouldn’t want that many people to see me meltdown in tears anyway.

Listen to the TRQR playlist on Spotify: