LISTEN TO TONAL RANGER RADIO EVERY OTHER WEDNESDAY (TYPICALLY, SOMETIMES, MAYBE) FROM 1 TO 4 P.M., MST, ON KNCE 93.5 , TO HEAR SONGS FROM THE ALBUMS REVIEWED IN THIS SPACE, AND SO MUCH MORE INTERESTING NEW MUSIC. 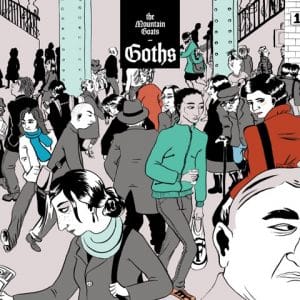 Though even his most devout fans didn’t know him until the 1990s, it may come as no surprise that Mountain Goats frontman John Darnielle was, at one time in his life, a goth. At least he possessed some goth tendencies—it’s not actually clear.

What is clear is that Darnielle, the king of the concept album, has set his song-cycled heart on one of popular culture’s most interesting confluences of music, fashion and community. Being goth wasn’t all about wearing black eyeliner or listening to Siouxsie and the Banshees, and it wasn’t all about being an outsider; it was about all of that.

So it’s fitting that Darnielle, the longtime lyrical champion of the downtrodden, forgotten and marginalized characters of song decided to write an entire album about this most gloomy and theatrical of subcultures.

Musically, Goths is of note for longtime Mountain Goats fans, as it is the first album recorded without any acoustic guitar, Darnielle’s longtime accompaniment of choice, especially through his “lo-fi” era in the 90s and early aughts.

For the record, specifically this record, The Mountain Goats are a four-piece, including Darnielle, Peter Hughes (bass), Jon Wurster (drums) and Matt Douglas (woodwinds and keys). Goths continues the band’s trajectory past its cassette-tape recording history with horn arrangements, keyboards, and more keyboards.

Thematically, it seems more comfortable territory for Darnielle than 2015’s Beat the Champ, which focused on small-time professional wrestling.

Standout tracks include “Andrew Eldritch is Moving Back to Leeds” (written about the Sisters of Mercy frontman); “Shelved,” which features the first-ever lead-vocal turn (on the bridge) from Hughes; “Paid in Cocaine,” the lament of a former goth who traded it all in for the more mundane pursuits in life; “We Do It Different on the West Coast,” which notes the distinctly different variations of the genre/trend depending on location; and “Wear Black,” a gospel-fueled etiquette guide for gothic attire (hint, Labor Day and Memorial Day do not factor in here).

The mood of the album is reflective, looking back in time, and many of the characters are washed up or worn out goths, who have already—or are perhaps considering—retiring all the black velvet in their closets. As Darnielle sings in “Rage of Travers”: “No one wants to hear the 12-bar blues, from a guy in platform shoes.”

That’s a good line, but one might argue that Darnielle wrote this entire album just so he could use the lines that comprise the chorus of “The Grey King and the Silver Flame Attunement”—“I’m hardcore, but I’m not that hardcore.”

It’s more or less the mission statement of the album that catalogs one man’s remembrances of an era in rock and roll history that came and went, yet lingers, with strains bleeding out all over emo-punk and indie rock, but bleeding out all the same.

This Tall To Ride by Robyn Ludwick (Late Show Records) 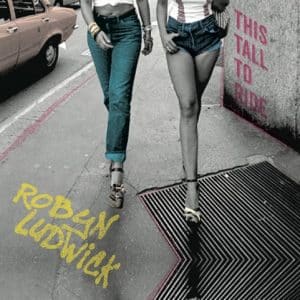 This Tall To Ride is a truly refined set of songs from Ludwick, a Music on the Mesa alum and one heck of a talented songwriter from Texas—a place that has boasted more than its share of talented songwriters in the past, including Ludwick’s brothers, Bruce and Charlie Robison. Perhaps in spite of those familial ties, Ludwick didn’t even start pursuing music as a profession—she has a civil engineering degree from the University of Texas after all—until she was in her early 30s.

For what it’s worth, Ludwick follows her own muse and it’s never reaped greater rewards than on This Tall To Ride. While the album revels in a healthy dose of Texas Country, Ludwick looks to other influences to round out her sound. “Rock N Roll Shoes,” for instance, is an organ-driven, Texas soul tune, and arguably the album’s best song (check out Ludwick’s vocal range!), while “Bars Ain’t Closin” feels rooted in the same trunk of winsome country punk balladry that spills out in the music of artists like Caitlin Rose, Jessica Lea Mayfield, Ryan Adams and Lydia Loveless, to name a handful. “Love You For It” is a sultry blues rocker with an arena-rock sized hook, while “Texas Jesus,” once you get past the salaciousness of the first few lines, just might be one of the best songs of the year. “Freight Train” is a blistering and burning account of the types of relationships that form around the music business, and “Insider” is another great tune with this gem of a line: “I’m not a beauty queen/No I have never been/ I’m just a dime-store mystery, 50 pages in.” Ludwick’s characters are hard-scrabble, determined and they’ve seen some bad stuff. The stories unfold in the verses and then she brings it home with these big, beautiful, catchy-as-hell choruses.

I could go on and on about songs like “Lie to Me,” “Mexia” and “Junkies and Clowns,” but this is one of those albums you really have to listen to; it’s sonically ambitious, lyrically flawless and just one heck of a record.

Full disclosure: I did a small bit of freelance work for Ludwick last fall, helping her find a publicist to promote this record, but I wouldn’t be reviewing the album and playing songs on my radio show if I didn’t think it was a great record. Truth is, I’ve been listening to it for nearly a year, and I’m just finally glad to be able to share it with others. 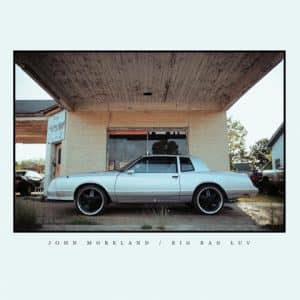 One of the best, and most underrated, songwriters working in any genre right now, Moreland should be as heralded as Jason Isbell or Sturgill Simpson. As an Oklahoman, he captures the musical identity of the state nearly perfectly, a little Midwestern, a little bit country, a little bit rock ’n’ roll.

The album opener, “Sallisaw Blue,” carefully walks the line between junk-yard dog and “thought-provoking”—a jug band wailing along behind slightly subversive lyrics, somewhat akin to some of James McMurtry’s rowdier tunes. It sets the tone for Moreland’s followup to his outstanding 2015 album, “High on Tulsa Heat.” Moreland was able to release this album on legendary indie label 4AD, and as such, he was able to bring in some more musicians and open things up a little bit. The result is a more rock-oriented sound, but the lyrics of Moreland still stand out front.

And lyrics there are; as I mentioned, Moreland is one of them songwriter’s songwriters. These songs have depth, and as such, it takes awhile to unfold the meaning in these tunes. Good music always makes that journey of discovery more entertaining and Big Bad Luv delivers the goods on both counts.

There are more seemingly straight-forward love songs (or anti-love songs) like “Love Is Not An Answer,” but the next track, “Lies I Chose To Believe” isn’t quite as transparent. It could be about anything, I don’t know, let’s say it could be about buying a bill of goods from a populist politician—and you knew all along it was a bill of goods but it served your worldview—or it could simply be about looking the other way in the name of love. Great songwriting is like that. Either way, it’s the centerpiece of this album, with its mid-tempo choo-choo train beat and those aforementioned terrific lyrics.

Again walking the fine line, “Amen, So Be It” somehow captures the joy of religion while simultaneously questioning its necessity. Other album highlights include the sparse, sad and equally double-entered “No Glory in Regret;” the anthemic “Slow Down Easy;” the contemplative, driving “It Don’t Suit Me (Like Before);” and the devastating “Latchkey Kid.”

Even though it’s hardly overt, there is an underlying political tension to Big Bad Luv. Part of it is the songwriter’s ability to offer double meanings in his songs, but it’s also the combination of Midwestern folk singer, one part Woody Guthrie, one part McMurtry, one part Hubbard, that might lead the listener to expect some heavy handed or smart-assed lesson. You’re almost expecting the hammer line, but it never really comes. The tension itself is the satisfying part, not getting what you expect is sometimes a grand thing, though at only age 32, I’m truly expecting more good stuff from Moreland. 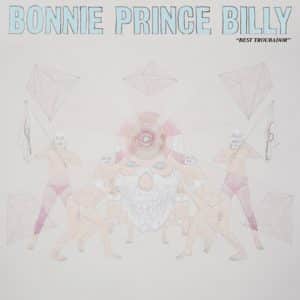 “Best Troubador” is not only a testament to the depth and quality of the songwriting of Merle Haggard, but also to that of Bonnie ‘Prince’ Billy, aka, Will Oldham. Oldham’s abilities as a tasteful, respectful and inventive interpreter is probably a little bit meta (even for Billy) as Haggard himself built a career of putting his individual stamp on the tunes of his own heroes –Texas Playboys Bob Wills and Tommy Duncan, Lefty Frizell, Tommy Collins (here referenced in the Haggard-penned “Leonard”), and perhaps most evident, Jimmy Rogers. In fact, of the 16 songs included in this homage, Haggard wrote or co-wrote nine, and only two of the Hag’s astounding 38 No. 1 hits were included. These are songs that are near and dear to Oldham, and the sincerity comes through in the performances.

Yes, Best Troubador steers away from “Okie from Muskogee” and “Mama Tried;” opting instead to dive deeper into the man’s legendary binder of ballads. The more upbeat numbers on the album include opener “The Fugitve,” written by the parents of late Taos resident and country star Lynn Anderson; “Leonard” (Haggard’s celebration of Collins); and the title track of Haggard’s 2004 album, “Haggard (Like I’ve Never Been Before).” The latter track helps bring up another interesting point about this album’s idiosyncratic qualities: Oldham does not shy away from any era of Haggard’s career, choosing a full seven tracks from Haggard’s late-life resurgence. The finest among these might be the Blaze Foley cover, and title track of Haggard’s 2000 album, “If I Could Only Fly.”

Perhaps Oldham was drawn in by the comeback story of Haggard’s later work, and it’s underrated place in Haggard lore, or maybe Oldham just thought those were good songs, just like the rest. All-in-all, Oldham’s commitment to his own hand-picked batch of Haggard favorites, and his ability to make the songs his own while also showing respect makes Best Troubador (sic, I had to finally mention) one of the most compelling and enjoyable tribute albums in some time.

Everything So Far, by Pinegrove (Run For Cover) — A very solid collection of songs the predate the band’s breakthrough album, Cardinal, from last year.

I Can Feel the Night Around Me, by Nightlands (Western Vinyl) — Smooth and groovy, War on Drugs bass player Dave Hartley puts his own stamp on the Philadelphia indie rock scene.

This Old Dog, by Mac DeMarco (Captured Tracks) — A collection of somber, earnest, and reflective songs may leave some DeMarco fans scratching their heads, but “This Old Dog” contains some of the indie kingpin’s best songwriting.

Man Over Bored, by Los Colognes (Thirty Tigers) — Nashville-based slow-jammers who combine flourishes of David Gilmour’s guitar with mellow indie rock the likes of Real Estate or Wild Nothing.