… Or, how I got out of my headphones and learned to love music again 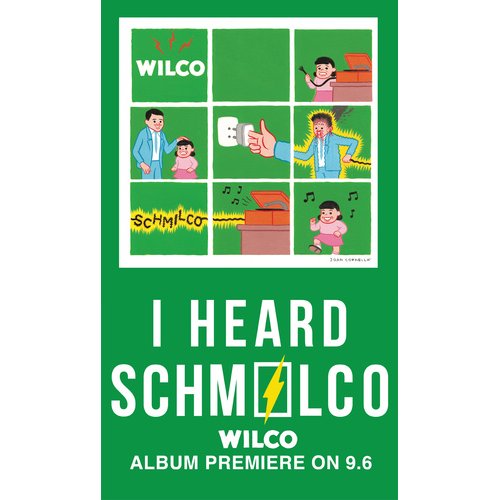 at Heads Up Music

I showed up at Heads Up Music’s Wilco Schmilco listening party last night to see if I could glean some opinions about the new album from one of my favorite bands. And while that process did start to percolate, I also gained some insight into the way I personally listen to and process the music I enjoy.

I love music. Who doesn’t, right?

That’s why I’m so grateful to have had the Tonal Ranger 2.0 as an outlet for my opinions on the subject for more than two and a half years. I’m grateful for Rick Romancito at The Taos News for giving me the original encouragement and space in Tempo magazine, and I’m grateful for Rita O’Connell’s enthusiasm when it was time for a change and I asked her if livetaos.com would be interested in a new, streamlined Tonal Ranger that synced up with my radio show on KNCE. And speaking of True Taos Radio, I’m grateful for John Henderson, who went out of his way, between promoting great concerts, teaching high school classes, and handling programming details for the station, to give me a call and see if I’d be interested in hosting a radio show featuring some of the music I write about.

Before this starts sounding like a farewell column, let’s be clear: it isn’t. I’m not going anywhere (though, fair warning: I am likely cutting back to a column and radio show every other week sometime soon).

Far from quitting, I do feel like I’ve been in a bit of a rut lately with my column. It’s been difficult to find enough listening time to fully form opinions about albums in between fatherhood, life, and my day-to-day duties as managing editor of Taos Magazine.

Music has always been a form of escape for me, beginning with my childhood in rural West Texas. Though I’ve often enjoyed going to shows with friends, listening to music has often been a very solitary past time. I’ve become accustomed to having friends who might not share my musical tastes or my level of passion for certain sounds over the years, especially as adulthood has raged on. Now fully embraced by many people as a responsible and trustworthy human being—I am a man. I am 40. … But, I still love rock and roll, I still love rock and roll. 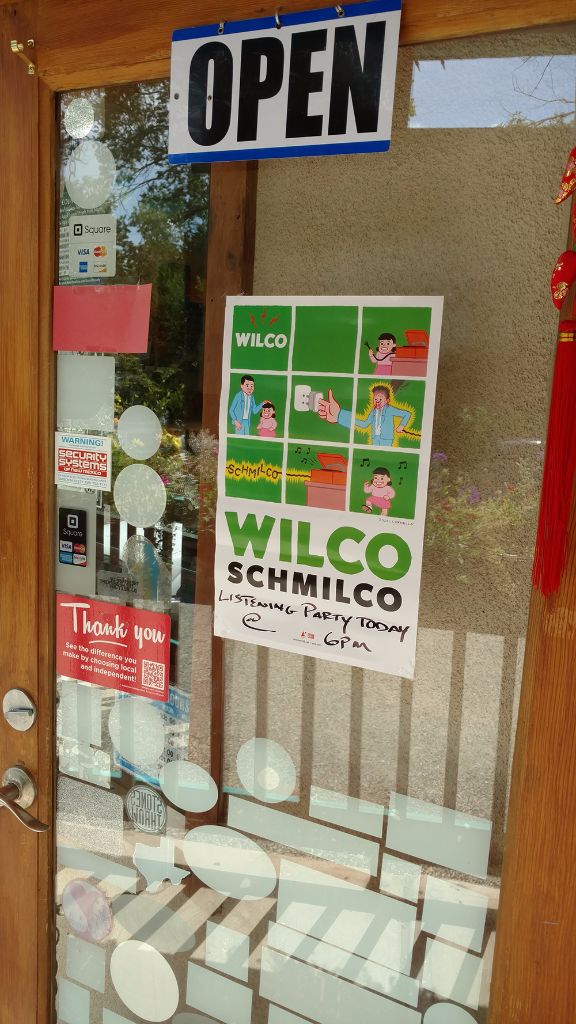 Enter Mark Brumbelow, the proprietor of Heads Up Music, who let me know early last week that Wilco’s label and management company, dBpm Records, had reached out to the store about hosting one of the listening party events held at record stores across the country. Apparently, New Mexico was the only state they hadn’t confirmed yet, so as Mark put it, “they were stoked.” I was stoked too, what a coup for small-town Taos and the local record store!

By the way, If you haven’t been to Heads Up Music (acronym: HUM), and you are remotely a fan of music, you owe it to yourself to check it out. It’s intimate and friendly, and the selection is great, not only the vinyl, but CDs and even cassette tapes. As such, I was pretty excited when Mark gave me the news. The band’s management were so serious about the concept that they more or less refused to give me the standard advance download of the album. As the label’s representative told me via email, “We really want people’s first experience with the music to be a somewhat live and interactive one.”

It’s a cool idea, but should it apply to me, a journalist? A rock critic? Well, partly due to those sorts of delusions of grandeur and partly because of the way I’ve approached my column, and music in general, I initially scoffed at the idea. 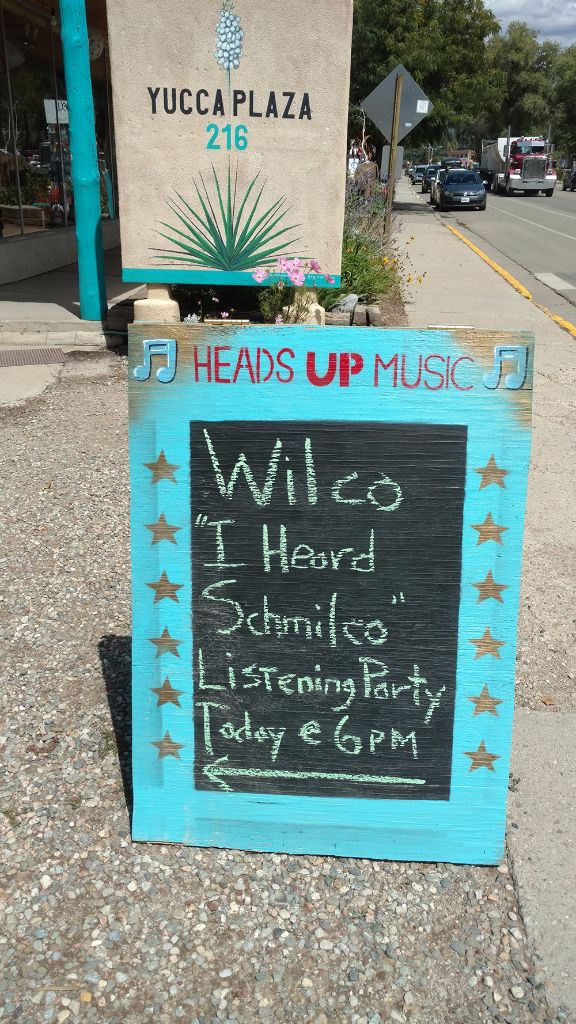 Even though I have usually enjoyed live music, the idea of actually being able to connect to recorded music in a public setting seemed like a bridge too far for me. The album, after all, is its own art form, something to be cherished without a lot of socializing going on.

But I’m happy to report that thanks to the Wilco Schmilco listening party, and to Mark, Rob, and KNCE general manager Rita Daniels (who was there recording the music and getting our observations of the music on tape for a future episode of Wake Up, Taos—spoiler alert: I sound like an idiot), I remembered the joy of actually listening to and … talking about music, with real people, as it happens. I got out of my headphones and into the public realm, which is one last thing I’m thankful for.

How’s the album you ask? Well, it sounded really good on the system at HUM, but I’m gonna have to sit and listen to it awhile on my headphones, by myself. I’ll let you know in two or three weeks. 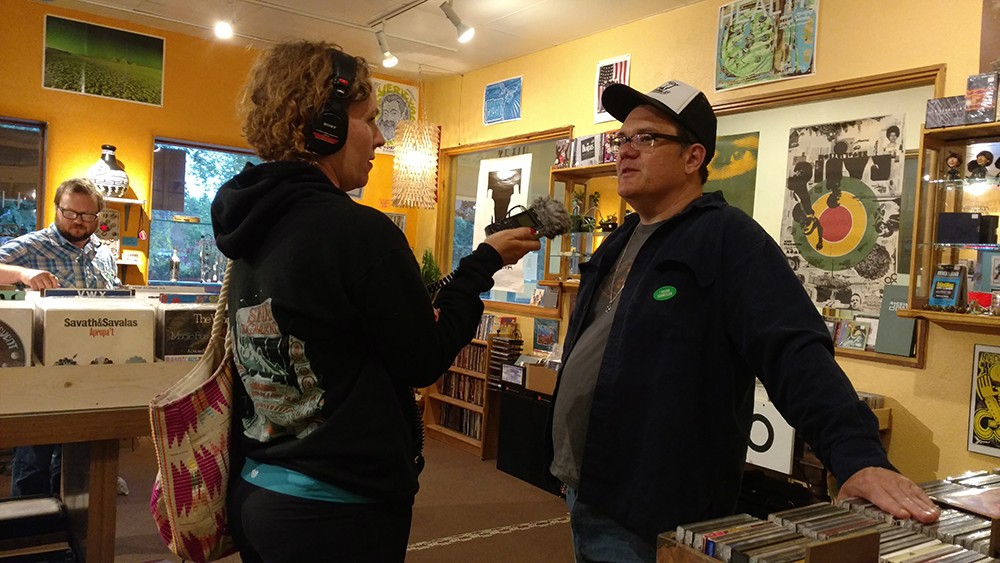