LISTEN TO TONAL RANGER RADIO IN AUGUST ON THE 9TH AND 23RD (TYPICALLY EVERY OTHER WEDNESDAY, BUT STUFF HAPPENS), FROM 1 TO 4 P.M., MST, ON KNCE 93.5 FM, TO HEAR SONGS FROM THE ALBUMS REVIEWED IN THIS SPACE, AND SO MUCH MORE INTERESTING NEW MUSIC (AND SOME OLD FAVORITES). 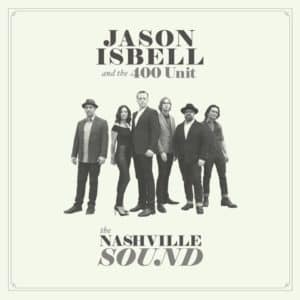 One thing that’s utterly remarkable about Jason Isbell is how unremarkable he makes this “writing great songs” stuff seem. Few writers have been able to release as many wall-to-wall great albums one after another the way he has during this run that started with 2011’s Here We Rest and continued with 2013’s Southeastern and 2015’s Something More Than Free.

That streak continues with The Nashville Sound, another set of tightly crafted, lyrical and musical gems. Despite the successes of winning Grammys (and just about every Americana Music Award for the last decade), and getting married, getting sober and becoming a daddy, Isbell still somehow manages to develop empathetic, relatable characters. Some stuff obviously comes from his own troubled past, and from his new adventures as a family man, but he is also a great storyteller.

Throw in his world-class guitar skills, alongside the talents of the impressive 400 Unit, and the stellar production work of Dave Cobb, and you’ve got a bonafide recipe for success.

In many ways this is Isbell’s most pointed, most political album to date. Most poignant among them is “White Man’s World,” a song that takes aim at white privilege and the systematic racism that still persists all over the country, especially in Isbell’s native South. On “The Last of My Kind,” Isbell acknowledges the difficulties that face rural Americans, as the changes wrought by globalism and the hands of time are seemingly not always in everyone’s best interest.

Elsewhere, on “Cumberland Gap,” he writes about a mandolin-slinging musician who can’t kick the bottle, and later details how he kicked his own demons on the stunning “Molotov.”

While characters are a big part of Isbell’s writing, he also steps into his own biography a few times on this album, addressing wife and fellow musician Amanda Shires on “If We Were Vampires,” and “Hope the High Road,” and co-writing with Shires on “Anxiety,” a track about a condition that even plagues super-successful Nashville singer/songwriters.

The Nashville Sound ends with Isbell’s optimistic message to the world, “Something to Love”:

“I hope you find something to love/

Something to do when you feel like giving up/

A song to sing or a tale to tell/

Something to love, it’ll serve you well.”

While these songs are very story-driven and often personal, you don’t get any more universal than that. 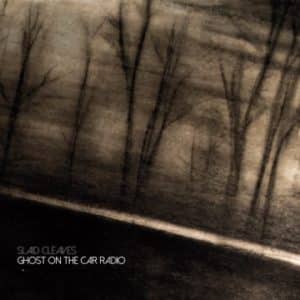 Ghost on the Car Radio by Slaid Cleaves (Proper Records)

During his more than 25-year career, Cleaves has always had a knack for tuning into the plight of the downtrodden and forgotten.

Cleaves ups that ante on Ghost on the Car Radio, tapping into the resentment, struggles and issues of class that perhaps led to the results of last year’s presidential election. Even though there is an undertow of those issues, Cleaves seems to inhabit middle-American characters whose lives have perhaps seen better days without becoming overtly political.

“Already Gone” looks back on a life where the narrator “may not have gotten all that I dreamed of/ pretty sure I got what I deserved,” while “Little Guys” reflects on the changes in a town that have made life more difficult for a small business owner. Cleaves takes the lonely barroom drinking song to a new communal level with “The Old Guard”—instead of one person bringing the bar down one quarter at a time, an entire group of sad souls keeps heartbreak pouring out of the juke box. At the end of the night, at least they have each other.

There’s a lot about cars on this album: “Little Guys,” “Junkyard,” and “Primer Grey,” but there’s also some really good love/lost love songs, like the uncharacteristically optimistic “So Good To Me,” and its antithesis, the stoic but brilliant “If I Had A Heart.”

Perhaps the essence of Ghost on the Car Radio can be offered in the chorus of standout track “Take Home Pay”:

“Schemers scheme around the edges/

Everyone knows what the catch is/

It’s all about the take home pay.”

For everyone who’s forever searching for that “Do Ray Mi,” Cleaves is there to tell your story. 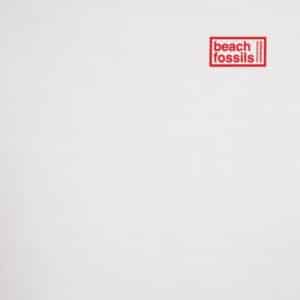 Layered, shimmering and jingly, Somersault is one of those albums that finishes like a crisp, clear summer ale … you really enjoy it in the moment, and like that, it’s gone.

The smooth, relaxed neo-shoegaze sound recalls Real Estate and Wild Nothing in terms of mood, but the album has more than enough hooks to keep you in the moment.

Implementing more of a collaborative songwriting approach than on the Brooklyn band’s first two albums, Beach Fossils (2010) and Clash the Truth (2013), the results are more expansive with more instrumentation and sampling of parts. Lead singer and guitarist Dustin Paseur’s voice is still up front in the mix, albeit dreamy and hazy, but strings, piano, harpsichord, flute and sax (not all at once of course) make this album stand out from its predecessors.

Slowdive’s Rachel Goswell appears on the lilting and psychedelic “Tangerine,” while other standouts include “Saint Ivy,” “May 1st,” “Down the Line,” and “Be Nothing.”

Somersault is at once quiet, complex, invigorating, sad and uplifting, and that takes some serious musical gymnastics to accomplish.

Other June releases worth checking out:

City Music, by Kevin Morby (Dead Oceans) [B+] — An album that combines folk, punk and solid songwriting to celebrate the great cities of the world? Sign me up!

Capacity, by Big Thief (Saddle Creek) [B+] — Led by singer/songwriter Adrianne Lenker, whose beautiful voice lilts and lulls, Big Thief have seemingly been one step away from a breakthrough album for a couple albums … they’re still not there yet, but they’re close.

The Hiding, by Kacey Johansing (Night Bloom) [B] — If you can listen to this album without thinking of Christine McVie from Fleetwood Mac, then you have more will power than I do. I mean that in the best possible way, it’s great!

Weather Diaries, by Ride (Wichita Recordings) [B] — I don’t know if being “rusty” would even be noticeable in regards to shoegaze, but these guys haven’t made a record in more than 20 years. Listen to “Cali” and tell me this band ever stopped.

I’m Not Your Man, by Marika Hackman (Sub Pop) [B] — Marika Hackman is tired of living in a man’s world, and she’s going to take everything from the man; his job, his rock and roll ethos, and his woman.