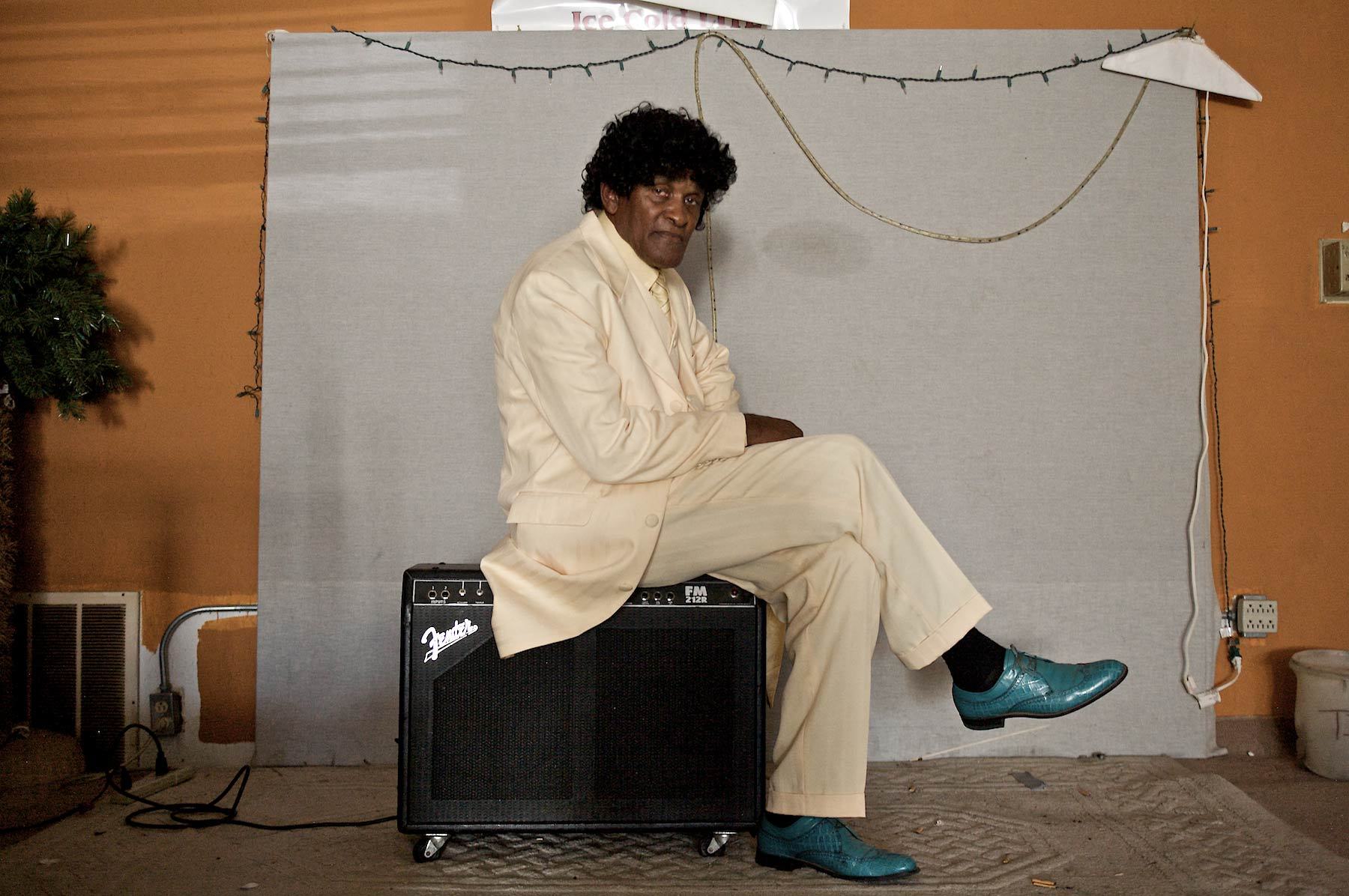 Robert ‘Bilbo’ Walker was born in Clarksdale, Mississippi in 1937. Bilbo & his daddy, Bilbo Senior, picked cotton, & that gives me the blues just writing it down; it is impossible  for an ‘anglo,’ as they say here in NM, to imagine such exhausting physical labor underneath the blood-curdling hatred of the ugly-white greed machine. The hot sun & humidity must have felt friendly in comparison.

On a happier note, Bilbo has been ripping a shred on the guitar for 69 years! & that is a tasty imprimatur I can only dream of having on my resume. Watching Bilbo & his stage antics on the you-tube videos, I see him more like a 23-year-old, coming back at the world for the third time;

& the third time is, as they say, the charm. 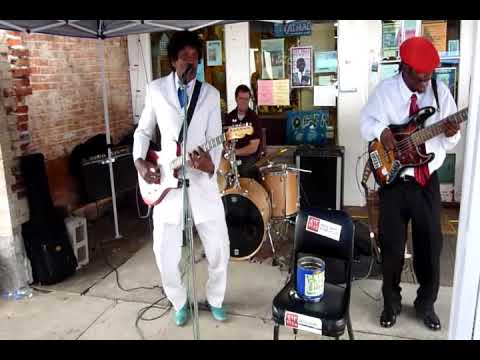 THROAT CULTURE: When did you first get a guitar?

ROBERT ‘BILBO’ WALKER: …Well…it was just one plain old guitar, no electric…when I first got introduced to one. That was 65 years ago.

RBW: No, I was just seven years old when I first started messing with music…I been at it a long time! 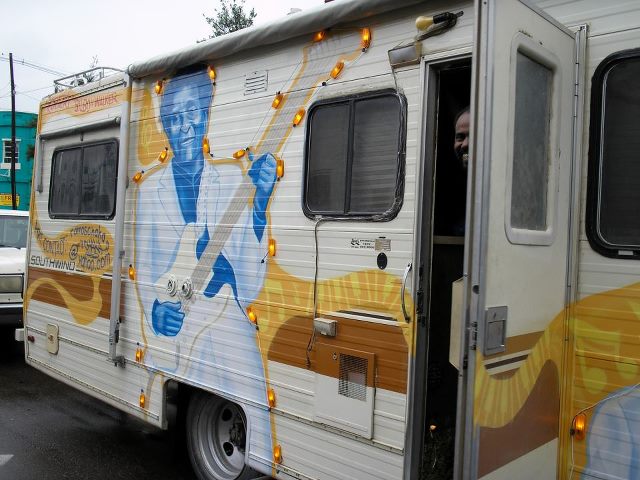 TC: Did you have a band?

RBW: No…people didn’t have bands back then, people just played by themselves…they was just ‘one-man-bands’ in them days…I don’t even know nobody that had a band at that time. Even B.B. King. Muddy Waters didn’t even have his own band at that time…it was just one man playing. I saw Muddy Waters playing many times solo, he didn’t even get his own band till he got to Chicago. Ed Pyle, Kokomo [Arnold], them was the big players back in Clarksdale, [Mississippi] at that time. 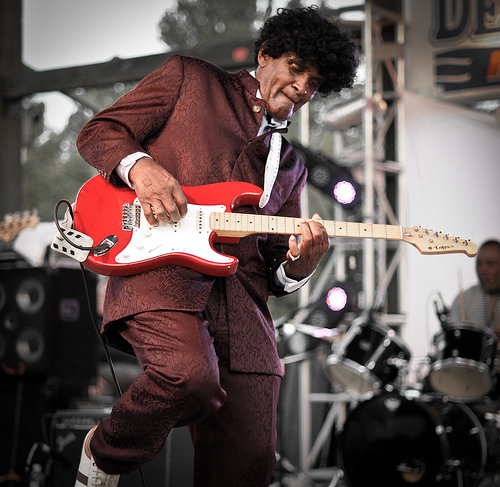 TC: How old were you when you started playing in clubs?

TC: Who were you listening to?

I always heard a lot about B.B. King, but I didn’t get to meet B.B. King face to face & play a show with him til…let’s see..that was 17 years ago. I always heard about him because we came from little old places not too far apart. I got a baby by his niece. We’d see him on T.V. & everything. I opened a show for him down in Illinois & he fell in love with my daughter, Estelle, the one playing in the band with me now. She was real young & she was travelin’ & playing in a band with me & he thought  “what a pretty little thing” & he wanted to take her on the road with him. She changed her mind…’cuz I was gonna let her go, but she changed her mind & didn’t want to go. So she’s still traveling with her daddy. 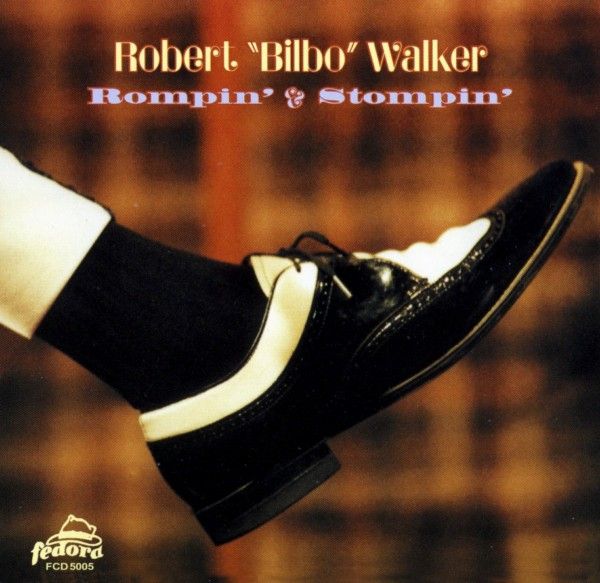 RBW: I got three daughters in the band with me now. One sings & two dances. They’ll be in New Mexico with me on Friday night. They’re called the ‘Hollywood Dolls.’ They do the big shows with me! My son-in-law gonna be there helping me do the show, too.

TC: A real family show! You guys been in New Mexico before?

TC: We’re just “on the way to Mississippi.”

RBW: I always wanted to play there…such a nice, beautiful place, but I never know anybody there & I never really know how to get booked there in New Mexico. I been driving through New Mexico for 40 some years now. I’ve been living in California (Bakersfield) for 42 years & traveling’ back & forth to Mississsippi 5 & 6 times a year, & I go right through there on interstate 40.

I’ve played in Oklahoma City, Arkansas in the blues clubs, I played Tulsa…all of them places there in Oklahoma & I played Texas…I played down in Dallas & I played down in…Oh lord, that last part in Texas…before you go over the border there….Oh shit! boy, you get old & your memory goes fast!!…it’s hell, I’m telling you! Hell! the things I wanted to talk about yesterday…I can’t  even remember tomorrow!! 76 years old, your memory goes to fading.

TC: You remember the songs, though! 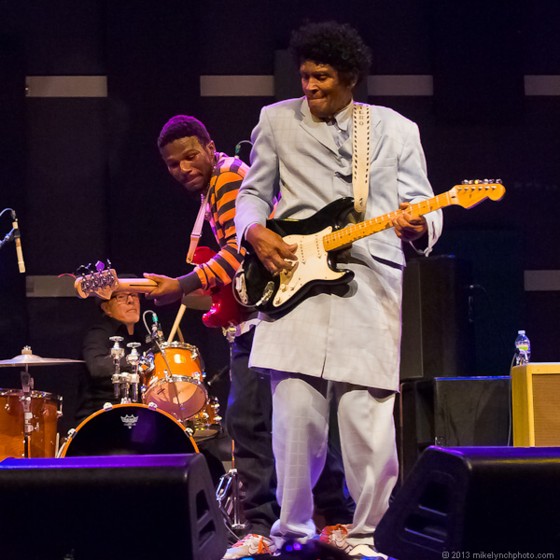 TC: You were named after your dad [Robert Walker Jr. was sometimes called Little Junior Bilbo].

RBW: The old governor of Mississippi was named Bilbo, so they named my daddy after him. He was a great cotton-picker, my daddy was. He used to win all of the cotton-pickin’ contests. He would pick 900 pounds of cotton a day. He was the best cotton-picker throughout the country in Mississippi & Arkansas. He used to take us on cotton-pickin’ trips, & he entered the contests & he used to win all of them. He could out-pick more cotton than any one man alive back then. He gave us all a great name ‘cuz he was a great cotton-picker. When I came along, I was one of the boys, & I got into music, & I was the one who got famous with the music. 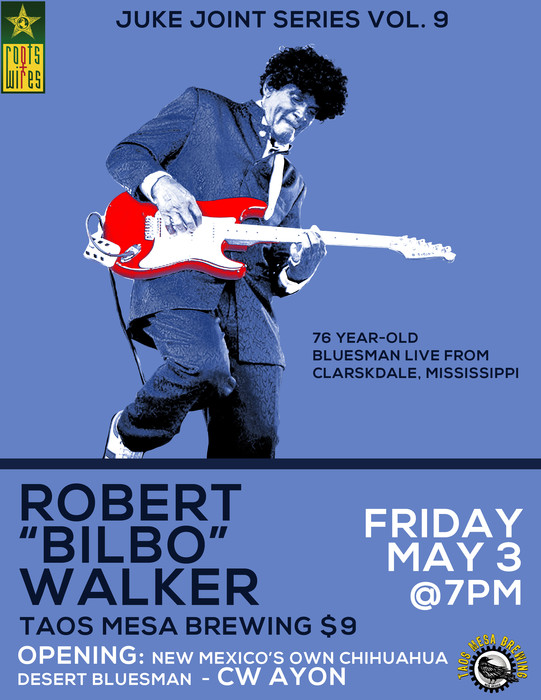 TC: Hey man, we look forward to seeing you in Taos!