In its 20th year of promoting concerts in Taos and environs, Roots + Wires Presents is still picking up steam in 2017 with its Winter Series offering some great entertainment options for Taos over the next month or so.

All shows start at 8 p.m. and will be held at Taos Mesa Brewing’s Mothership location, 20 ABC Mesa Road, off U.S. 64 toward the Gorge Bridge. 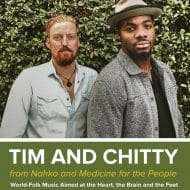 For the show this coming Friday February 17th, fans of the band Nahko and Medicine for the People might recognize Snider and Chitty (aka Justin Chittams) as the famous world music band’s guitarist/violinist/percussionist and drummer/singer, respectively. 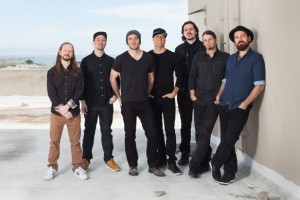 On the following Friday February 24th, Colorado-based band The Motet will return to Taos with its unique brand of improvisational funk. Formed in 1998 in Denver, Henderson says The Motet, “was taken by surprise by Taos,” when the band performed in TMB’s Mothership last spring.

“They called and said they wanted to come back, and that’s one of the things we pride ourselves in at Roots + Wires: bringing world-class music to a world-class audience in Taos.”

“The sounds they make are eclectic and we are very happy to have them back on a Saturday,” Henderson says. “They are extremely popular and like nothing else. We’ve been working hard to try and get them back.”

The all-female foursome combines the musical styles of several ethnic groups from the Ukraine and eastern Europe. The group is a project of the DAKH Centre of Contemporary Arts, and the members play a variety of instruments, including goblet, drum, tabla, didgeridoo, harmonica, accordion, cajón, djembe, flute, buhay, piano, ukulele and cello.

What’s Next for Roots + Wires Presents

“We’re bringing back Black Joe Lewis and the Honeybears and we are going to ask all local nonprofits if they want to come set up a booth at the show,” Henderson says, adding that nonprofit organizations should get in touch with Roots + Wires for more information about getting involved.

On May 2nd, Roots + Wires will officially celebrate 20 years of making Taos dance with a Tuesday night show featuring the legendary band Dengue Fever, of who Henderson says, “we’ve been trying to get them to come to Taos for years.”