Early in January of this year, CNN was quoted as saying that Oliver Mtukudzi was healing the wounds of a nation through music. Listening to his music, one understands why. He is an African music legend, and an international music legend since the 1970s. He shared his gifts with us in Taos on Sunday night.

He sang about heroes. He sang about family. But mostly, his music and his band members were complete with crisp clean arpeggios, smiles, and fancy footwork that filled the solar center with a message from Zimbabwe.

Mtukudzi and his guys can dance. They can play. And, as he said during the show, music can be part of all parts of life, including work — as he was bringing his work here to Taos. And beautiful work it was.

As a musician of the people in his native country of Zimbabwe, his music speaks to the average person. He says that one is not supposed to sing in Zimbabwe unless he has something to say. So they sing in grief and in joy; one song can last all night or all day. Even when the lyrics are in his native Shona, you still know he is speaking the challenges and the joys shared by people, regardless of nation. And then they dance together, smiling, and at once it is simply beautiful. 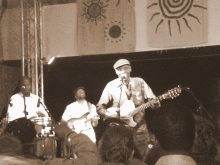 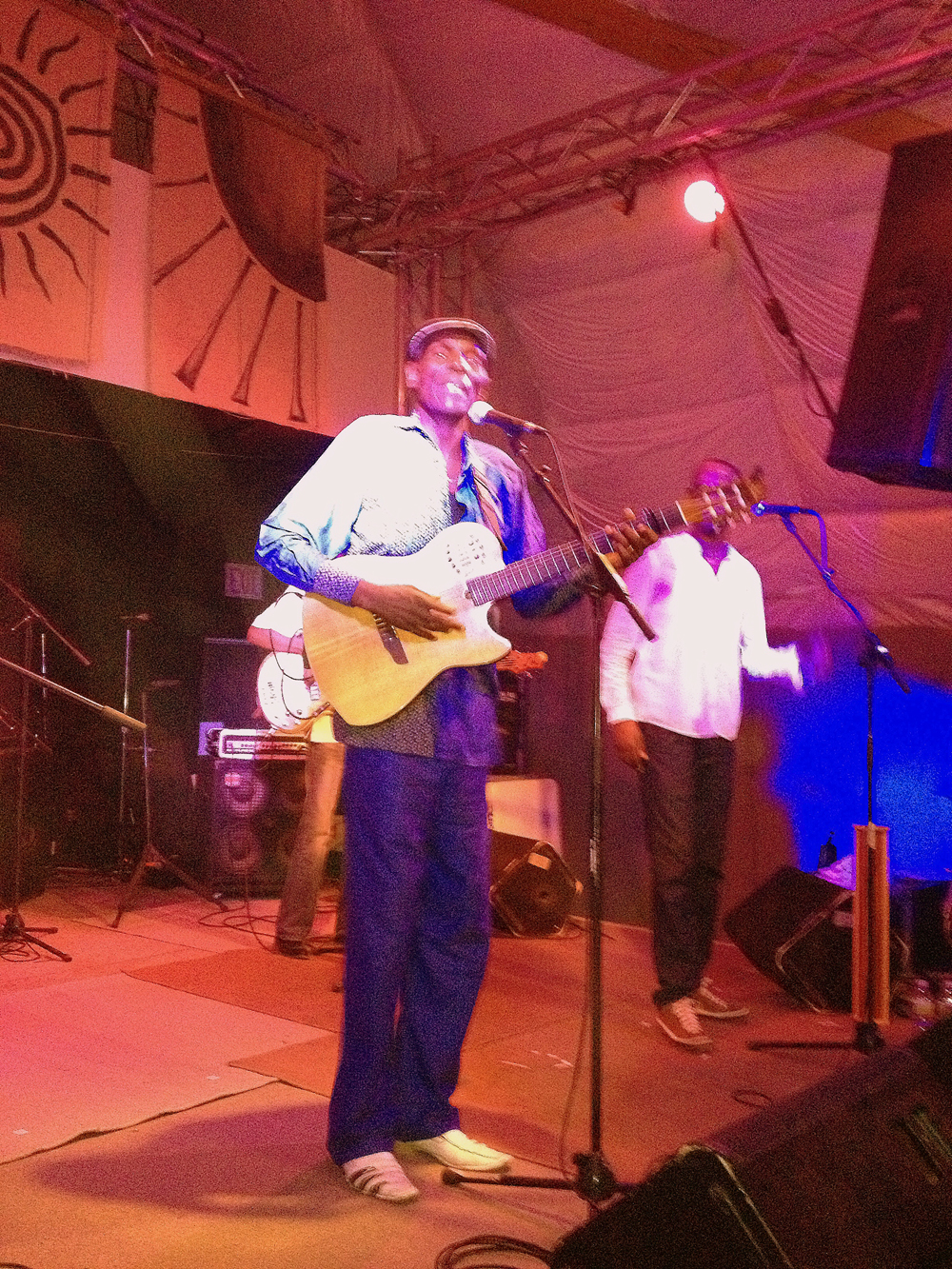 My son asked “how did KTAO get someone so special from across the world to come to Taos?” Aren’t we the lucky ones? Mtukudzi has toured the UK, the US and Canada, and Roots and Wires brought ‘Tuku’ to Taos as their opening act for 2013’s 3-part African Music Showcase.

Thanks to them and to KTAO Solar Center, we were graced to hear his melodies glide across the solar center for just a few hours — just enough time to be reminded that music, whether on the guitar or the mbira, can leave us feeling so satisfied. Oh, and stir the desire to try out some fancy footwork, too.

In April, Roots and Wires brings two more acts to the stage in Taos: Fatoumata Diawara at Martina’s Hall on April 15th, and Tinariwen at Taos Mesa Brewing on April 24th. We look forward to those amazing shows.