There’s a great week of events coming up in Taos, so we couldn’t choose just one… so instead, we’ll just tell you how to spend every night this week. Strap in:

Head on down to the Taos Ale House at 5:30 for our first LiveTaos Meetup! Then stick around for Tina and Her Pony with Loves It! 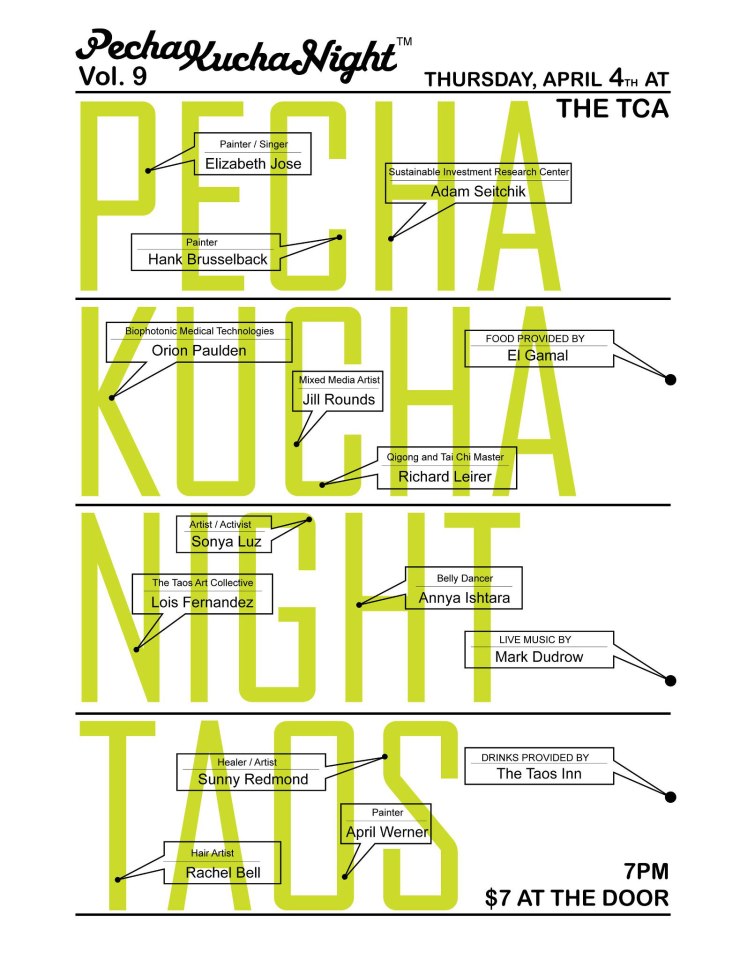 Pecha Kucha: Volume 9 at the TCA. Food by El Gamal, drinks by the Taos Inn. Show at 7, doors at 6pm.

BONUS: Afterwards, head back to Mesa Brewing for Nightshade and Work in Progress, a show by two of Taos’s newest, coolest bands.

And finally, on Saturday, we’ll let you make up your own mind: