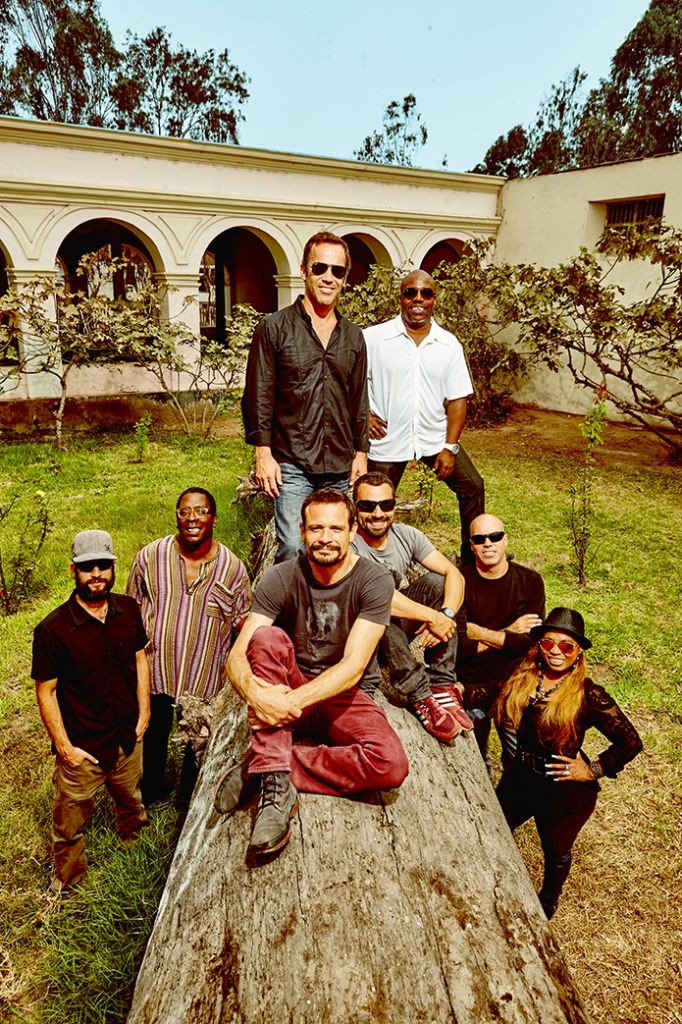 Roots and Wires’ John Henderson and Jerry Schwartz are squeaky wheels. They tried for six years to bring Novalima to Taos. They can stop trying, because on Saturday, August 29,  the Peruvian band known for fusing traditional Afro Peruvian songs with electronica and big bass lines takes the stage at Taos Mesa Brewing Company. Years and years of bugging booking agents has finally paid off.

To promote their newest album, Planetario, which was released in June by Wonderwheel Recordings, Novalima launched a  world tour that hits towns across the country. The U.S. portion of the tour kicked off in, of all places, Chattanooga, Tenn. Taos has the smallest audience pool on their tour, and the leg that brings them here says something about the effort Novalima is making to play here.

“If you check out their tour schedule, just the few days around the Taos show, it’s quite ambitious — Los Angeles on Thursday, Denver on Friday, Taos on Saturday and then Austin on Sunday — that’s some travel!” says Henderson.

Novalima’s presence, and press coverage (these guys, and girl, make the folks at NPR drool) has been growing continually since the release of their first album in 2003, which was put together by the band’s four Peruvian (not Afro-Peruvian) founders by trading music files over the internet between their homes in London, Barcelona, Hong Kong and Lima. Their eponymous first album’s success instigated their moving back to Lima to work with some of Peru’s best known Afro-Peruvian musicians. Between 2006 and 2012 Novalima released three records (Afro, Coba Coba, Karimba), all of them drawing more and more attention from the world music community.

Novalima has recorded with so many musicians, it’s hard to keep track of them all. What they call the band is composed of three of the founders: Grimaldo del Solar, Rafael Morales and Ramon Perez Prieto. The live band includes vocalist Milagros Guerrero, bassist Alfonso Montesinos and percussionists Juan Medrano “Cotito,” Constantino Alvarez, and one of my favorite cajón players, Marcos Mosquera, who, I was told, will not be playing in Taos. I didn’t want to believe it until Rafael Morales himself told me it was true. 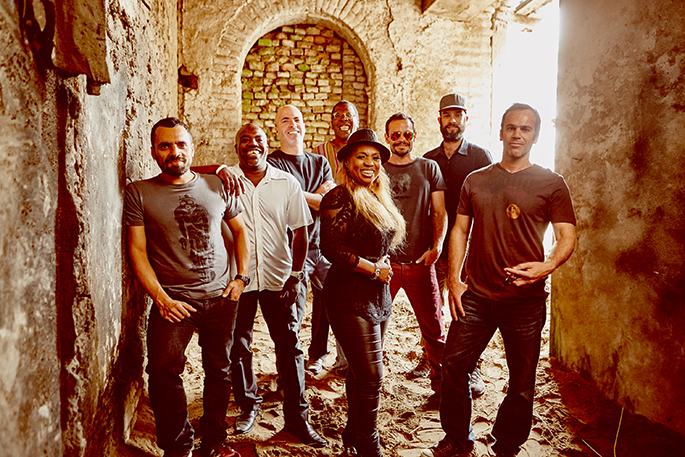 The Spanish first brought African slaves to Peru in the 16th Century (slavery was abolished in Peru in 1854). The 500-year African history in Peru has given Afro-Peruvian music a long time to evolve—and fade from the public consciousness. In the 1950’s, poet and singer Nicomedes Santa Cruz and others helped revive the genre and restore some of the cultural identity of Afro-Peruvians. Stars like Lucila Campos, Roberto Rivas, Eva Ayllon, and perhaps the best know Peruvian musician, Susan Baca, have kept it going. But until Novalima began mixing in beats and bass—lots of bass—an entire generation wasn’t in on it. Now it’s common to see multiple generations at a Novalima show.

“I’ve seen Susanna Baca and know their niche in the world music genre. It was cool to hear a younger generation keeping the sound alive but taking it in a new direction at the same time,” says Henderson.

Novalima’s sound is more than just an Afro-Peruvian blend. Band members have been in hardcore punk and metal bands, and you’ll hear influences from Colombia, Cuba, dub, and bass-heavy bands like the Clash. For their live shows, like the one in Taos, Novalima promises rock and roll, and, no surprise, a lot of bass.

Here are some links to some of that NPR drool to get you lubed up for the show:

A stripped-down Novalima performing a Tiny Desk Concert in 2012