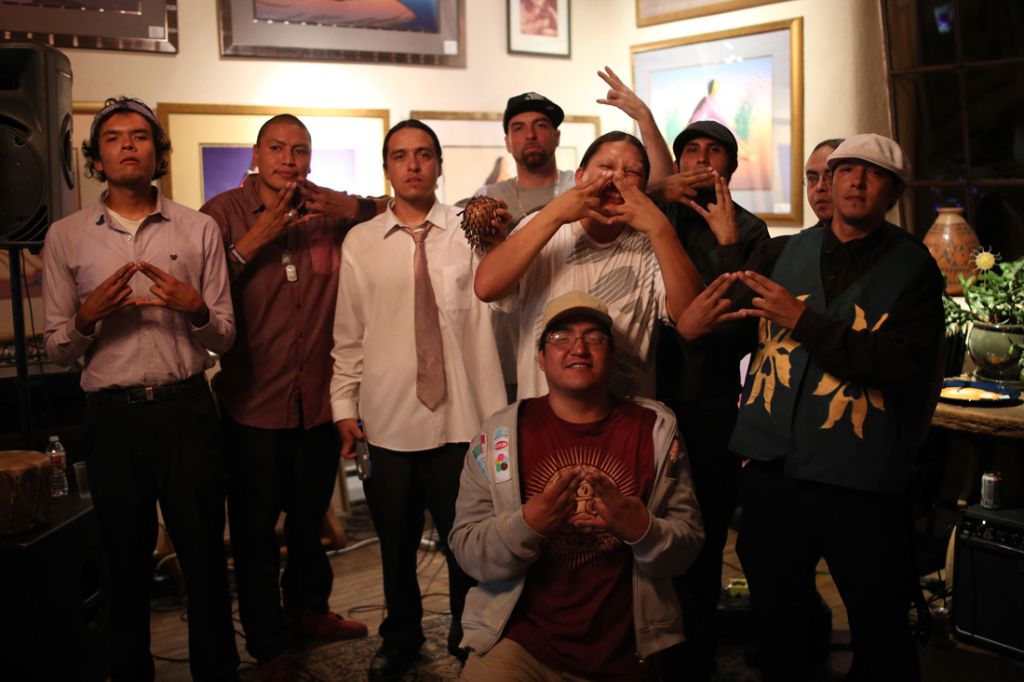 Local Taos Pueblo-based hip hop group PO.10.CEE are smokin’ hot these days. Their next Taos appearance will be a free show to celebrate the launch of Taos True Radio, KNCE, at Taos Mesa Brewing on November 28th.

In the meantime, PO.10.CEE frontrunners Ekym and Liphe spared a little time to tell me how life at the top is going these days.

NIKKI: HOW DOES THE WHOLE THING WORK? WHEN YOU PERFORM SOMETIMES YOU HAVE LIKE A DOZEN PEOPLE ON STAGE…

Liphe: We are a collective of 9 sometimes 10 people, depending on who is willing to perform and who is available so it is a constant balance.

HOW DID IT ALL BEGIN?

Liphe: Well, we’ve been at it for 11 years now. Me and [music producer] Ph8 are the ones who organized the guys to get together and do something positive for the youth to pay attention to. We formed a collective called the Desperate House Guys.  It was a play-off of Desperate House Wives. At the time we really didn’t have a hip hop scene in Taos at all. Eight years later, we [started] making ripples… 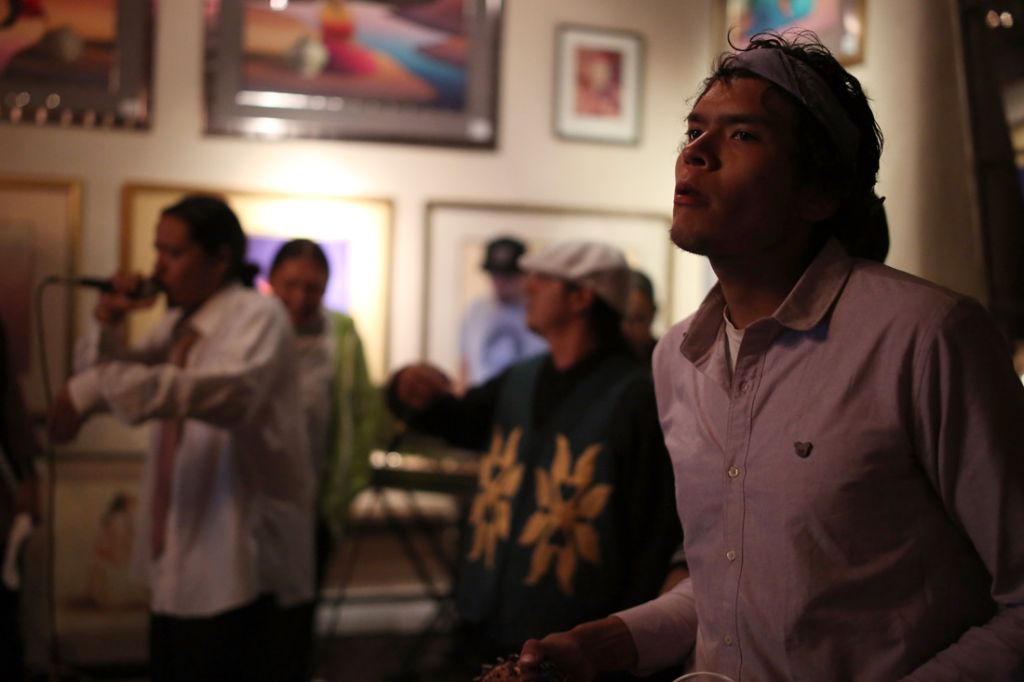 NIKKI: WHAT DRIVES YOUR MUSIC?

Liphe: I feel blessed as an artist and a mentor to be an example and help the youth not be afraid to participate in music. Art is lacking in the school systems, even in society, and everybody is jaded. They forget about the beauty all around them and PO.10.CEE is here to bring back that genuine appreciation for art.

Ekyme: And you can’t doubt that art doesn’t just live on canvass. It lives through expression, you know. It can be a gesture of words or the struck of the paint brush. Even dancing that is an expression. That is art. 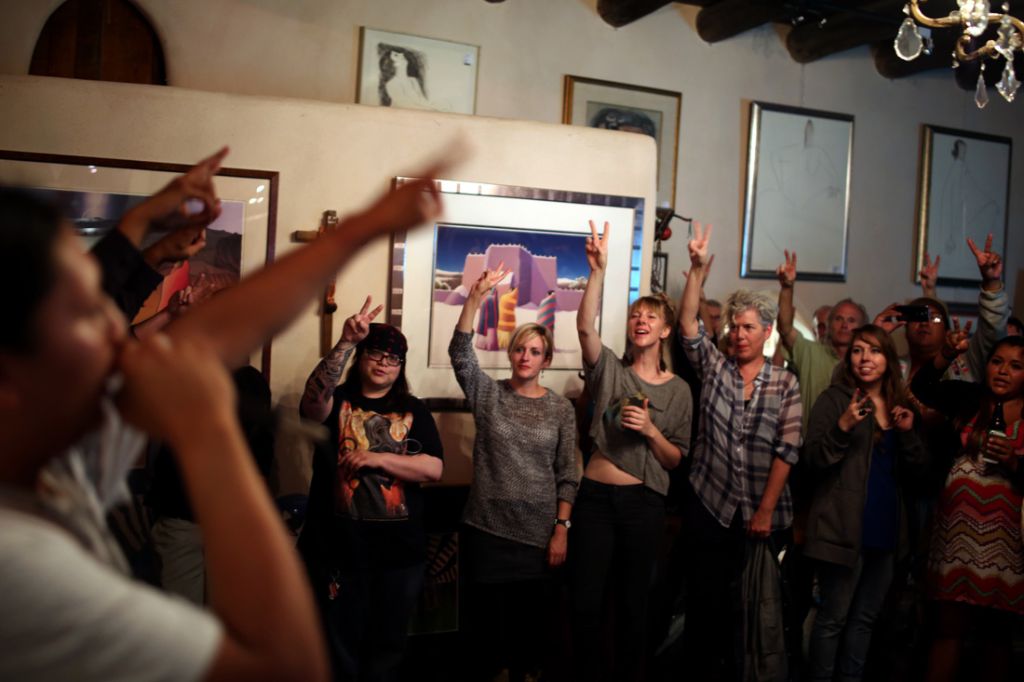 NIKKI: HOW HAS GROWING UP ON TAOS PUEBLO AFFECTED YOU TWO AS MUSICIANS?

Liphe: I think a lot of the people involved in our crew were exposed to art at a very young age.

Ekyme: My uncle and my grandparents were artists….Not only that, just drumming and listening to particular rhythms throughout our culture influences our cadences, our lines and our beat structures. 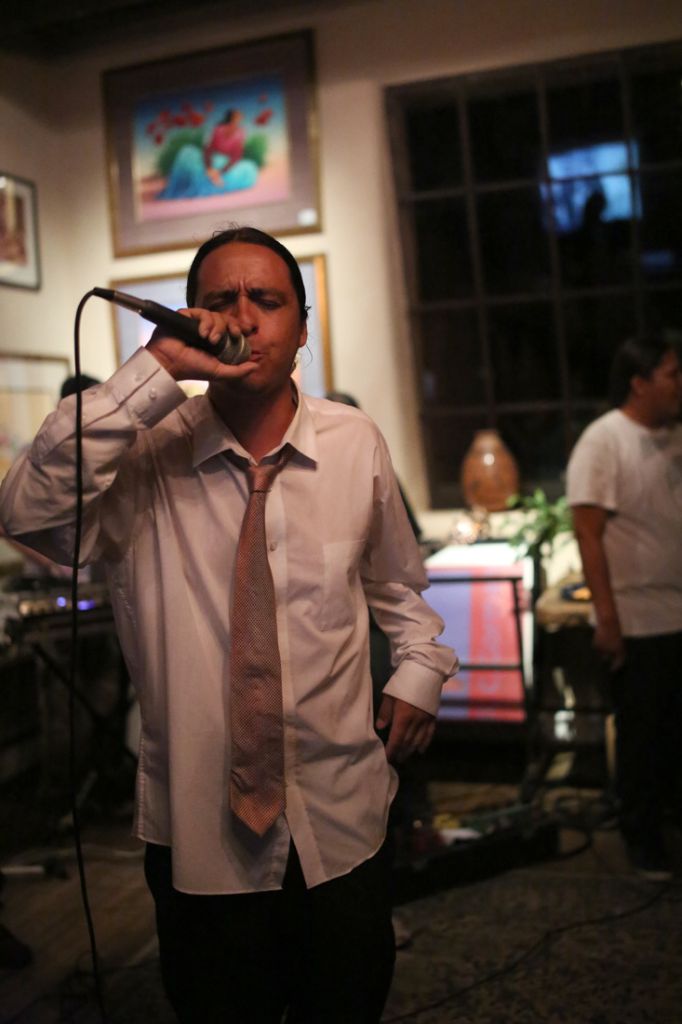 NIKKI: SOUNDS LIKE YOU GUYS HAVE REALLY CREATED A COMMUNITY OF YOUNG MUSICIANS OVER THE LAST 10 YEARS.

Liphe: I definitely feel like we are spearheading a movement that hasn’t existed in Taos ever. I remember being a young man and listening to a lot of my heroes like Gangstar and Ghostface (from Wu Tang). We thought that we were a community unto ourselves and we thought that we were the only ones. Well, it turns out that in every inner-city situation, there are kids exactly like us. They may have different cultural values than we do but we can meet somewhere in the middle. The PO.10.CEE arrowhead represents spearheading a movement here in Northern New Mexico and it is all love.

Ekyme: It doesn’t matter if you rap, if you sing, if you produce, we all have our own sounds. We leave the ego at the door when it is time to all got together and do our thing.

Nikki Lyn Pugh writes for Taos News/Tempo, edible and various other publications around the area. In her spare time she likes doing laps in the salt water pool at Northside Fitness, where she pretends that she is a dolphin.