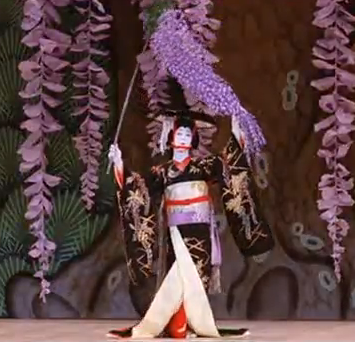 Japan has always fascinated me. A land of contrast and contradiction. Godzilla sitting in a zen garden in full lotus position watching Pokémon on TV and eating bonbons.

Kabuki began in 1609. It borrowed plays as well as acting techniques from the jōruri puppet tradition. It drew its style from people who had striking hairstyles, wore clothes in the peak of current fashion, and rebelled against the order of society. They were called kabukimono. Kabuki developed by avidly taking in other forms of entertainment and fashions while overcoming various difficulties from a conservative society which was dominant in each period in its history of about 400 years. It was able to pass down the spirit that prevailed when Kabuki was born.

As a result, Kabuki as we now know it is a “comprehensive art” incorporating various elements of Japanese theatrical performance, fashion, design, dance and music. Kabuki is still performed in its traditional format, but the spirit of Kabukimono is also alive and vibrant in the streets, clubs and wherever the young Japanese pop culture kids get together. 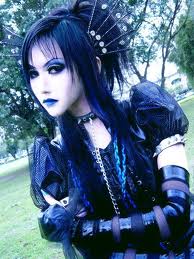 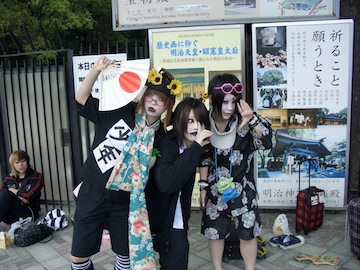 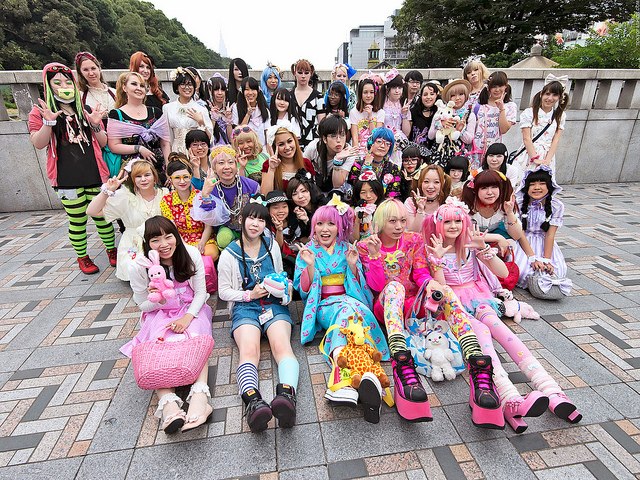 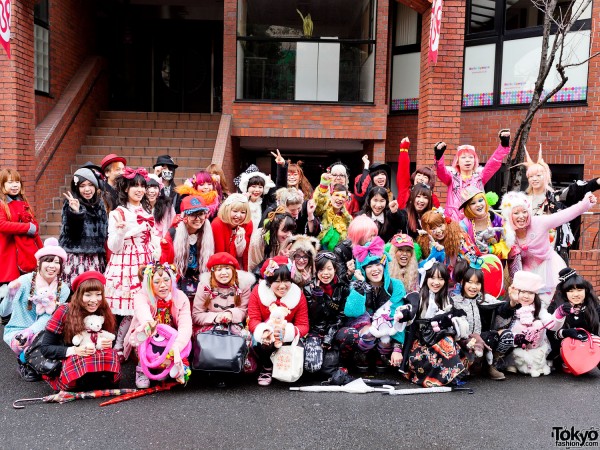 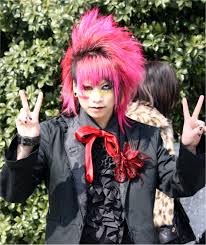 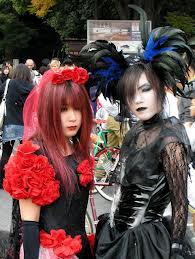 Many many more cool photos from Harajuku Japan can be found here.

Japanese fashion and pop culture has been growing in influence for several years. They have taken elements from all over the world and mixed them up in very imaginative ways. If there ever was a question about the Japanese ability to be creative and innovative, it has been answered in a strong affirmative. The music, art, and fashion that is emerging is being felt around the world, and is inspiring many in the music and the arts.

America is a bit slow to recognize much beyond its own borders, but that hopefully is beginning to change. It is a very big world and there is so much more than what America created 40 years ago. Like Barnaby Street in London and Haight Ashbury in San Francisco in the sixties, the new center for a youth cultural and fashion revolution is in Tokyo, specifically the Harajuku District.

Kids from all over Tokyo arrive on the train at the Harajuku station meeting friends, making new ones, laughing and socializing. Coming together in this way they share information about music, fashion, art and the most-current things going on. Unlike the hippie movement and the punk movement, the fashion styles of these kids rarely conform to one particular style and are usually a mesh of many. For several years now every Sunday, young people dressed in a variety of styles including gothic lolita, visual kei, decora, as well as cosplayers spend the day in a ‘fashion walk.’  Whatever style it is derived from — punk, goth, manga — if there is an overriding theme it is kawaii (cute) first and foremost, and over the top. In many other parts of the world the same type of scenes are popping up.

The Harajuku Street style is heavily promoted in Japanese and international publications such as Kera, Zipper, Tune, Gothic & Lolita Bible, and Fruits.  Even the conservative Japanese culture recognizes this whole youth fashion phenomena as a positive image of a new modern Japan. Harajuku has become a major focus in the world of fashion as a center for what is new and exciting. 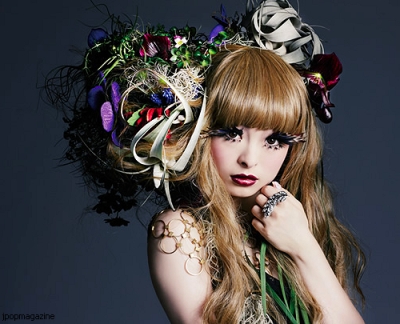 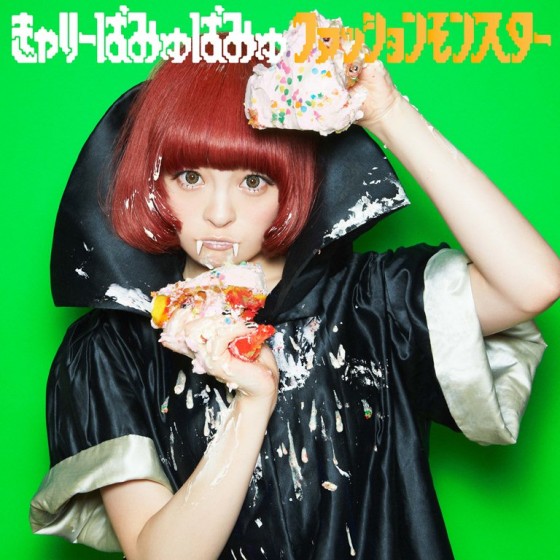 Kyary Pamyu Pamyu is the ambassador of this new stylistic movement. She started as a fashion blogger, and then began her professional career as a model for Harajuku fashion magazines. At 18 she went into business, marketing her own line of false eyelashes called Harajuku Doll Eyelashes by Eyemazing x Kyary. The name Kyary, an alternate spelling of Carrie comes from a nickname her classmates called her in school because she embraced Western appearance and culture.

Having just turned twenty, drinking age in Japan, she has just set off on her first world tour. It was reported that her London show sold out in two seconds. In the USA, she will be doing a show in Los Angeles and one in New York. In 2012 she performed in Paris during the Japanese Expo, representing the image of a new youthful creative Japan. In a word, kawaii — and is she ever, over-the-top kawaii.

Though her music, videos and live performance may appear adolescent, they are very sophisticated high art forms with a production level of top quality. Kyary Pamyu Pamyu has it all: the talent, the youth, the voice, the fashion, the timing to change the face of pop culture worldwide. At this point anyway, she has total control of her creative direction and she is very smart about what she is doing. In a world where young girls have to worry about being raped, where children have to worry about being beat up after school, bullied and attacked on the internet, or gunned down by some crazy guy, it is so refreshing to know there is also a world where kids are dancing to a song about cherry bon bons and just having fun.

I am sure on first viewing of Kyary Pamyu Pamyu it may seem strange, a little too weird. That is natural. It is always like that. The Beatles, boys with long hair? It is just a fad. Bob Dylan playing folk music with an electric guitar? That’s just wrong. Hippies? Glam rockers? Reggae? Punks? Grunge kids?  All too weird at first.

The pop music and fashion as presented by the Grammys and the corporate music industry every year is old and worn out. It just can’t shock us anymore, over-sexualized images just don’t stimulate and the ‘big tough gangsta’ thing has become pathetic. It has all outlived its usefulness, and is just really boring. A lot of Kyary Pamyu Pamyu’s music is about not being bored, and just having fun.

Many people are content to listen to the same music they heard at their high school prom. If you’re waiting for the remastered Dire Straights release, then just stay with that. There is nothing wrong with history and roots — but there is so much more than what was.

One thing I know to be true: what is new always seems strange and weird at first, just as Kabuki did in 1609. In time this shall pass also, but then there will be something that is new and exciting if one is open to it. After a few viewings of Kyary Pamyu Pamyu’s videos, if it doesn’t put a smile on your face you need to back off on the botox. Check it out with an open mind — you might just laugh a little, and feel a bit of childlike joy that you haven’t felt for a long time. Innocent fun is a good thing once in a while.

It’s time to lighten up a bit.

You can follow the white rabbit down the rabbit hole. Explore the world of music — it will amaze you what is out there.

Flashmob in Paris at the Japan Expo 2012 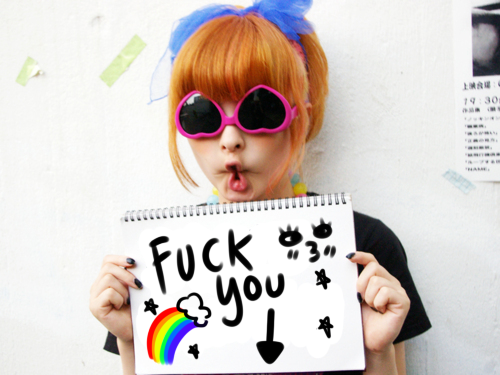 So where are all the guys, you may ask? Being too cool to show up, I suppose. The future is about girl power, anyway.