Kiki Shakti gets the dirty on the Alan  Allen show. 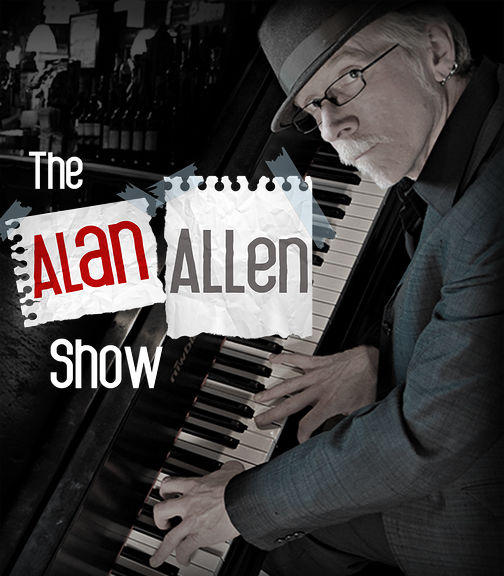 1. Your band, Vanilla Pop, is spiced with satire and parody and you do mostly covers, albeit with your own spin. What inspired this new original solo show?

ALAN: There is no straight up fucking comedy in New Mexico. The Vanilla Pop show, since it’s not taken too seriously, inspired me to go further and just be absolutely ridiculous.

2. There seems to be a big movement in mock rock or satirical pop. Has that inspired you at all?

No, hasn’t inspired me at all, not one fucking bit. I just run my own course and, a lot of times when I do my artistic endeavors, I notice that it’s already being done in some fashion, but I don’t feel like I’m copying anyone else. Perhaps it’s a bit of the hundredth-monkey theory.

3. What mostly inspired this show?

My art is locally based. I see what the community needs. I feel I need to shed light on an aspect of life that is not being addressed.

4. You’ve lived in Taos, doing a variety of different musical acts, for quite some time. What is it specifically that keeps you here?

I’ve got nowhere else to go. I don’t think any other place would have me. I do want to do some traveling with this show, though.

6. How does The Alan Allen Show get people out of their little comfort zones?

7. What kind of musical styles have inspired the music for your show?

My musical style for the show is inspired by the music of the 1920s – 1940s. I love the old Jazz era, the old swing stuff is timeless and classic and goes with everything. You could write a song about Syria using jazz progressions and it works. I only started learning about and playing that type of music when I came up with this show.

8. The music of the greatest generation, which we nostalgically think of it being so wholesome, seems a stark contrast to the subject matter. What can you say to that?

I think that’s part of the beauty of the show. Sing a song about venereal disease with a beautiful melody. The juxtaposition of odd subject matter with beautiful music makes a grand statement.

9. This recent run of The Alan Allen Show has been a four-show run, and I’ve heard that every show is different. Would it be worth it for someone who saw a previous show to come to Thursday’s performance?

Oh, definitely! There’s always new material and the energy is always different, the jokes are always different. I write so much every week that I now have enough material for two hour and a half shows.

10. Of all of the songs you have written for this show, do you have a favorite?

Umm… God, there are so many! I’ve written songs beyond my playing ability which is the greatest thing about music — you can’t paint a painting that is better than your painting ability, nor can you write a book better than your writing ability. With music, you can do so much that you can’t actually physically do.  I like pushing myself. I’m working on very difficult stuff. My piano playing has gotten a lot better.

11. Is this it for the Alan Allen show, or will you bring it back for another run in Taos in the future?

Here’s a little taste of what you’re in for: