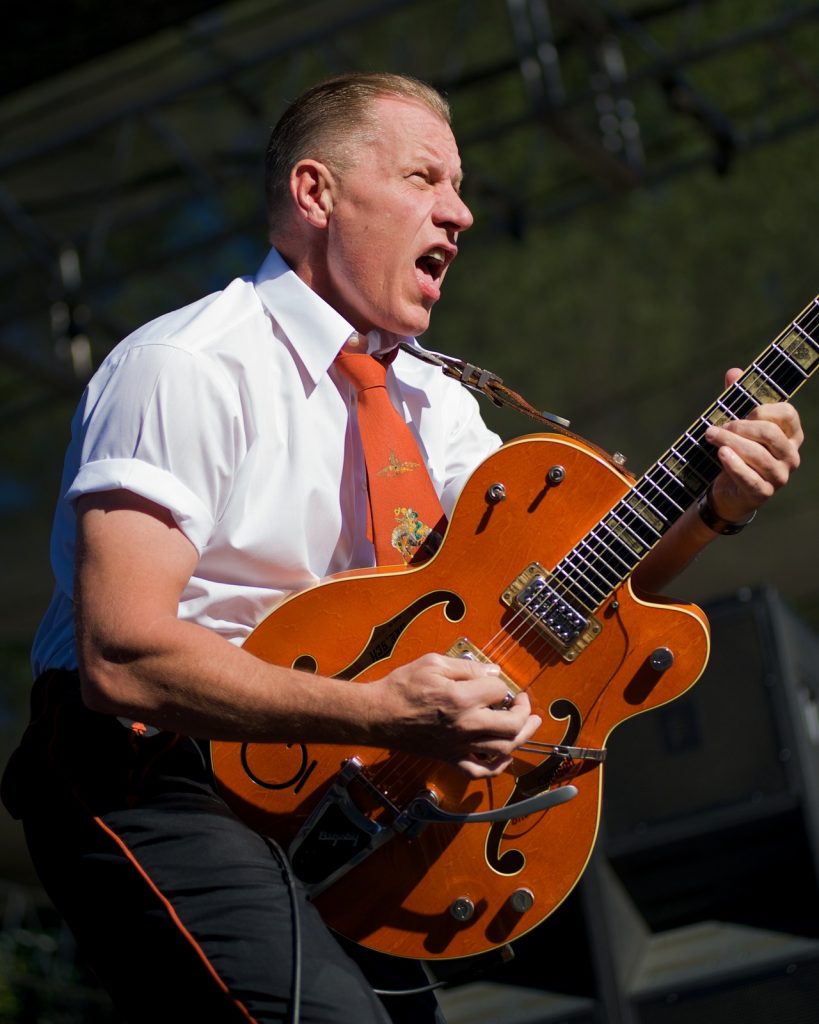 The Rev is coming.

When I tripped across that fact I shouted “SHUT UP!!!” in a misguided reflex of stunned disbelief and elation. (My reaction was only misguided because I was on the phone with my mother at the time, and it took some backtracking and explanation of the idiom.) The thing is, as I explained to my mom that day, The Reverend Horton Heat is a psychobilly trio so legendary, so ground-breaking, that the idea of seeing them on our very own Taos Mesa Brewing Company stage is a mind-blower. And yet, this Sunday night, April 6th, they arrive.

Beloved local punkabilly band Two Ton Strap will open the show, which starts at 7 pm. Taos Ski Valley and Roots + Wires (no surprise that R+W is behind a show this good) are featuring the two groups for the TSV End-of-Season Party; it’s a killer combo that promises to be one of Taos Mesa Brewing’s best events ever.

Founded in 1985, The Reverend Horton Heat is one of the originators of the punkabilly sound. Some even call them “the godfather of rockabilly.” Also known by fans as “The Rev,” Reverend Horton Heat is the stage name of lead singer Jim Heath, as well as the name of the group. Upright bassist Jimbo Wallace is renowned for his thumping bass lines and literal bass-surfing antics, and the muppet-like wildman drummer Paul Churilla completes the trio. Their music combines elements of surf, punk, rockabilly, big band, country, and jump blues, resulting in a quality that is utterly unique and thumpingly irresistible.

The band immediately forged a mob of devoted followers in their hometown of Dallas, Texas when they began gigging around the area in the late eighties, and picked up steam touring around the country. Their national popularity exploded further in the early nineties when their song “Wiggle Stick” was featured in MTV’s show Beavis and Butthead. They have released 11 top-selling albums in the decades since their inception, and continued a hammering pace of successful nationwide tours — several times, the Heat played 275 shows per year. 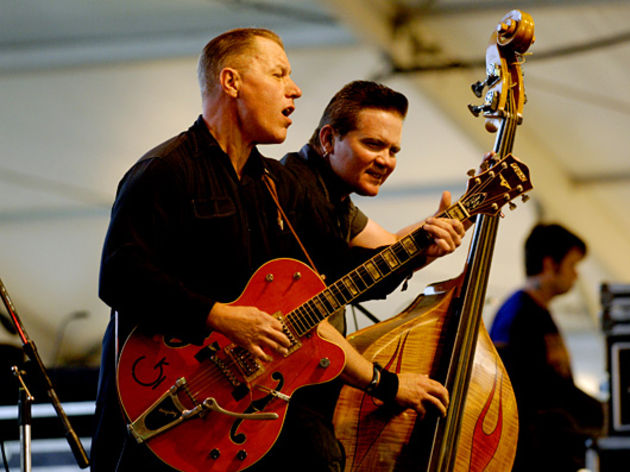 The Reverend’s music has been featured in countless movies and tv shows as well as video games and commercials, and yet their hard work and originality has maintained solid fandom from underground punk/rockabilly circles. Asked about the longevity of their success, Heath says, “We have our sound. It’s worked in the past, it’s going to work in the future. We use rockabilly as a platform to do all sorts of stuff, but we still have our style. We’ve fairly consistently stuck with that without making any really crazy changes — done our own thing that seems to work, regardless of any musical fad.” Their newest album, Rev, is described by Rolling Stone as a return to their old-school, punk-rockabilly origins, after their previous album Laughin’ & Cryin’ with the Rev. Horton Heat tended in a more country-roots direction. 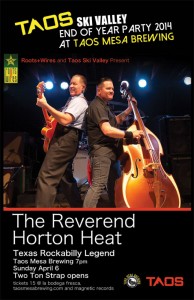 The Reverend Horton Heat is bringing their charisma, showmanship, contagious energy, and iconic music to our dusty little town this Sunday night. Two Ton Strap will kick off the show at 7pm, and I for one can’t wait to hear the stories from the green room that night. One thing is certain: everyone who makes it to Taos Mesa Brewing for this show will be telling the tale to all who missed it for years to come.