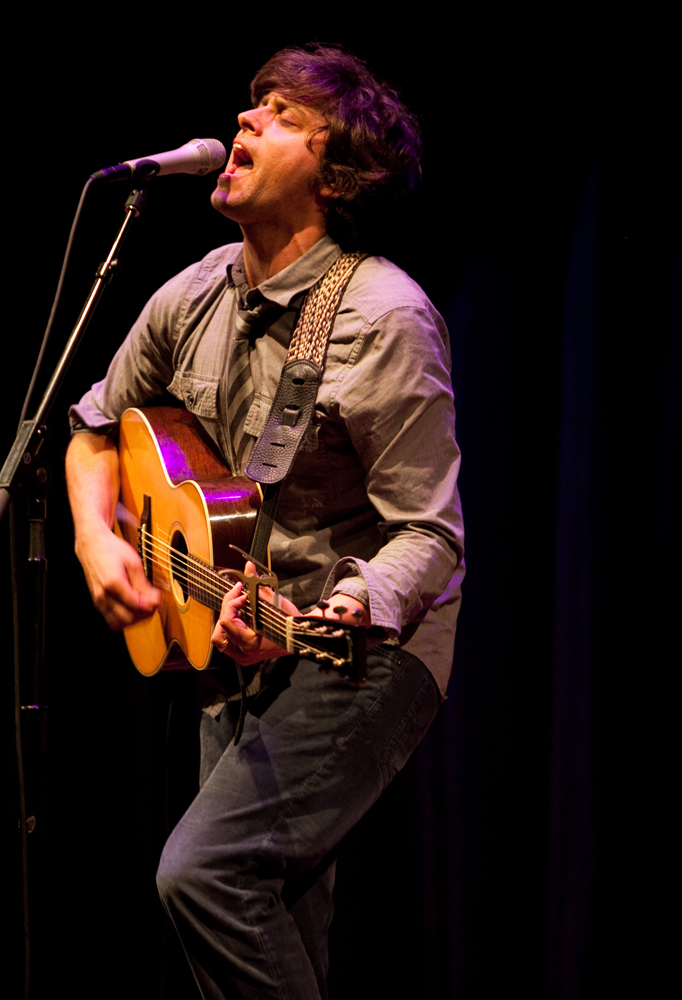 Every Wednesday this month, Melissa Crabtree set out to turn the Adobe Bar at the Taos Inn into a folk-listening room. This week’s show (Wed. May 14th) is the must-catch of the series, featuring the tremendously talented songsmith David Berkeley.

Berkeley is relatively new to northern New Mexico — he settled with his young family in Santa Fe in 2012. Shortly after arriving, he wrote and recorded his 5th studio album, The Fire in My Head. The album more or less emerged unplanned; they went in to record a “few song EP” and came out with an 8-track, 35-minute record. “The Fire in My Head is the first project I’ve ever done with so little choreography and forethought, with so few musicians (and with so little money),” said Berkeley — to which we say, welcome to New Mexico! You fit right in.

It was named one of Santa Fe’s best albums of 2013, along with a litany of great critical reception from around the world. It’s a gorgeously straightforward, dare I say Southwestern-feeling record — relaxed, honest, undecorated, full of songs that feel like listening to an old friend tell a favorite story. (Check out his music for yourself at DavidBerkeley.com.)

Also, if you’re looking for some basic folk-street-cred, Sara Watkins (of Nickel Creek fame) will be part of the band for his new album.

Berkeley is one of the most-talented young songwriters to relocate to New Mexico in recent memory — so a warm Taos welcome is very much in order! We thoroughly recommend this show as Wednesday’s pick of the day for all you folk lovers (or poets, or lyricists, or musicians, or storytellers, or ANYONE WITH A HEART) out there.