There was a metallic hum coming from an amplifier that faced the audience.

“As soon as we set up, we started getting lots of weird feedback from the amp,” said Awna Teixeira, nodding toward the amp while she tuned her guitar. “That’s how I knew my grandfather was here, crazy old pirate.”

Awna is a native of Canada. Her grandfather hailed from even more distant shores, an island with a pirate economy. I spent the rest of the evening wondering who her grandfather was — was he that gentleman over there with the alligator shoes? Or the one wearing the big white hat? Only later did I learn that her grandfather had passed three years back. 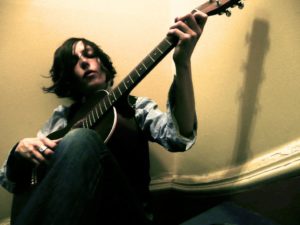 The first thing Awna learned about music was how to sing. Not just singing along to a tune, but memorizing every word. When she was 18 she convinced her parents to buy her a dilapidated organ. Shortly after, she met a boy who became her first love.

“He had all kinds of musical instruments in his room, with a piano in the corner and drums in the middle of the room. His bed was in the closet.”

Awna fell in love with it all, but the lasting relationship turned out to be the one she forged with the inanimate objects of that room.

Ten years ago, Awna agreed to play bass for a band called Po’ Girl. The band had success and she spent the next seven years touring all over the world. 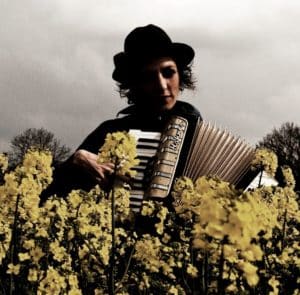 “It was a crazy bunch of years,” she said. “There was a fiddle player that two-timed me and another girl from the band pretty bad. In retrospect, she may have been a pathological liar. But she taught me one thing: if it’s a good story, who the fuck cares if it’s true?”

While traveling months on end with only a week or two between tours, I wanted to know how she stayed sane.

“Well, at first, drugs and alcohol, and then eventually bikram and running. It wasn’t an easy transition,” she laughed. “The band imploded several times along the way and we lost members, but it just wasn’t a sustainable lifestyle. Even the Rolling Stones are healthy now.”

The band’s notoriety began to increase and Awna’s role in the band increased along with it. At the end of the seven years, Awna was co-producing and co-writing every song, and was totally burnt out. Despite the fact that Po’Girl was packing out shows in the U.S., Canada and Europe, the band was still living paycheck to paycheck.

“We just hadn’t reached that other tier of success,” she said, referencing the Stones again. So, in 2012 Po’Girl agreed to take a break. 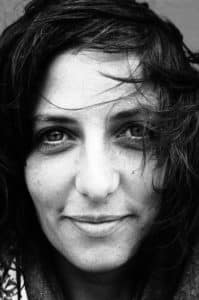 By 2015 Awna had released three albums. “I couldn’t stop,” she said. In 2015 she moved to Taos, and has been trying to kill the car salesman in her head ever since. The voice that tells her what other people want, what will sell records and pack shows.

“I still don’t know where I’m at in that process,” she reflects. “It’s hard to gauge and it has led to something of an identity crisis. I’m just trying to be OK with feeling completely insane and uncomfortable.” This fall, Awna has decided to watch the booking dates for summer 2018 festivals go by as she takes more time to process, write and mine the thousands of musical “snidbits” stored away on her laptop.

The first time I met Awna was at a Halloween party. She told us about the strange and inexplicable mishaps that would occur in the dark wood and deep carpets of her childhood home. Months later, when I came to watch her play for the first time, Awna talked about her grandmother. When she was afraid as a little girl, her grandmother taught her to squeeze her thumbs between the palm and fingers of her hands and shut her eyes tight. When she opened her eyes, everything would be alright.

“And it always was,” she said as she brandished her accordion and turned to face the crowd. Every time I’ve seen Awna, she’s told ghost stories, or rather she’s told stories about ghosts when they were still living people. When Awna tells stories, or sings, the past is so vibrant, and those now-gone loved ones are so present that for a moment we are suspended amidst that cacophony where all that was, is. Divorced from the pressures and influences of booking agents, band mates and record labels, Awna’s not writing music for anyone anymore. All the same, I think as I watch the amplifier with a wary eye, the ghosts aren’t the only ones showing up.

Awna Teixeira will play new songs at Ennui gallery on Sept. 21. She will also back Jenn Rawling along with friend Ja Speed to play songs off of Rawling’s new album Golden Colors. Start time: 7 p.m. Entrance fee: $5. Ennui Gallery is at 134 Bent St. in Taos. Call (575) 758-4655 for more information.